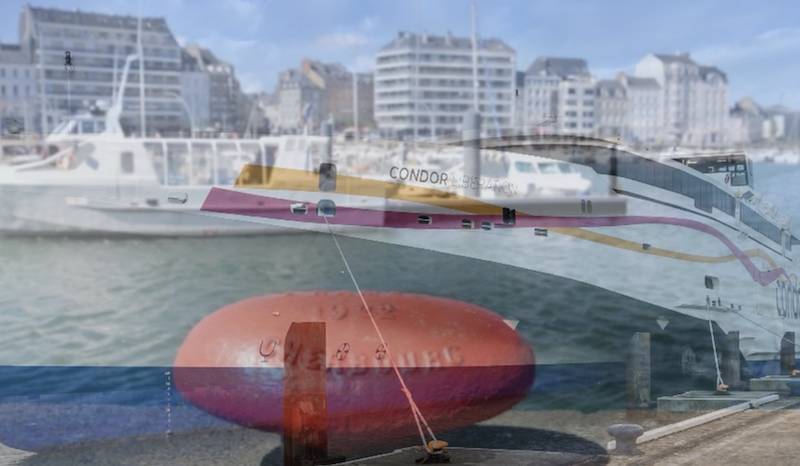 The Condor Liberation will be sailing between Cherbourg and the UK next summer, but it is not yet known what the impact of that will be on Channel Islands services.

Recently, Brittany Ferries – which owns 25% of Condor and has loaned the company one of its vessels – announced that Liberation would be sailing between Cherbourg and the UK.

“The summer service, the fastest on the Western Channel, will run every weekend from 27 May - 5 June and 15 July - 4 Sept and be operated on our behalf by Condor Ferries’ Condor Liberation,” it announced.

The Liberation will sail to both Portsmouth and Poole during those dates.

However, Condor Ferries is yet to launch its own schedule for the summer, so the impact of Liberation’s redeployment on sailings to and from the Channel Islands is unknown.

Pictured: Brittany Ferries has announced that Condor Liberation will be operating services for it this summer.

A Condor spokesperson told Express: “Based on the success of our high-speed services between the UK and the Islands last summer, we are in the process of finalising next year’s schedule which will provide some sailings for Brittany Ferries.”

They added that the timetable would be launched next month.

It is not the first time that the two operators have collaborated. Saint Malo-based Condor Voyager is owned by the French line and leased to Condor.

Sailings between France and Guernsey will switch from Saint Malo to Cherbourg for the first two months of 2022, apart from the half-term at the end of February.

Brittany Ferries may not need Liberation in the future, if its plans to develop super-fast 'seagliders' become a reality.