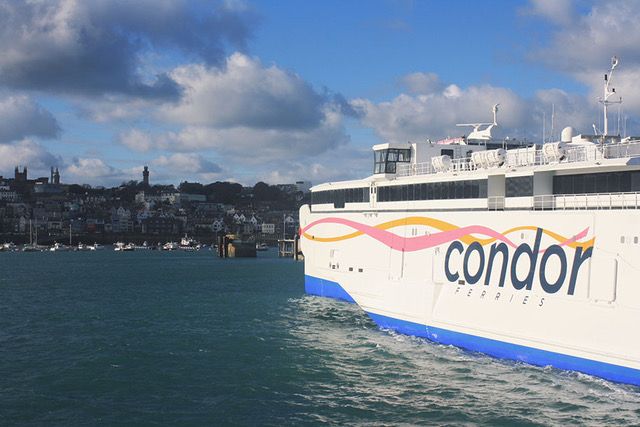 Members of the RMT Union are due to hold a protest in Portsmouth today against what they describe as "Condor Ferries paying poverty wages on their ships."

It's claimed Ukrainian Seafarers working on a 3-month contract with Condor Ferries have been paid £2.46 per hour for a 12-hour working day, which is based on data from 2014.

The protest is due to be held today from 13:30 at Portsmouth International Port as part of the SOS 2020 campaign with the National Union of Rail, Maritime and Transport Workers saying it is "calling out companies’ profiting from the exploitation of seafarers" which it says includes Condor Ferries’ owners, the Australian bank Macquarie.

Condor Ferries has a contract to operate services to and from both Guernsey and Jersey and the RMT said it is "calling on politicians and the public in Jersey, Guernsey and the UK to support our demands for":

• Recognition for RMT to collectively bargain for seafarer Ratings.

• Register all UK-Channel Island ferries in the Red Ensign Group.

• Binding targets for Seafarer apprentices over the life of the new contract.

“UK and Channel Island seafarers cannot and should not have to compete with pay rates as low as £2.46 per hour. With wages like that it is no wonder that between 1980 and 2016 the number of UK Ratings fell by over 60%. There are 87,000 ratings jobs on ferries and other merchant vessels working from UK ports, with a vast majority paid below the UK National Minimum Wage. RMT is fighting to change this.”

“This is no way to run a lifeline ferry service for the people and businesses of the Channel Islands.” 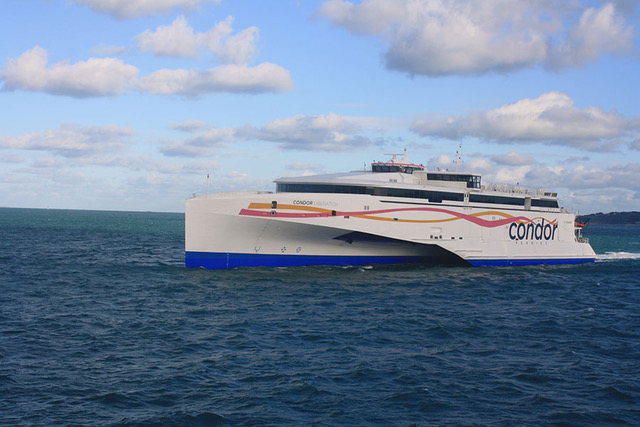 Pictured above and top: Condor Liberation

In response, Condor Ferries told Express it is not expecting any disruption to its scheduled services. In a statement issued by Condor Ferries' Executive Director, Fran Collins, the ferry firm also said it is a "proud and responsible employer" adding that it "totally refutes the RMT’s absurd statements" made in relation to staff treatment.

Ms Collins said "We fully comply with, and indeed exceed domestic and international employment regulations covering the pay, terms and conditions and protection of all staff which includes full compliance with the MLC 2006.

"Salary is only a part of the overall package provided to these individuals, as this includes free en-suite accommodation, all food, laundry facilities and uniform together with non-contributory life assurance, bonus scheme and medical cover. Condor also meets the travel costs of staff to attend work from their home countries."

Condor Ferries has staff on different contracts, including some who "live on board" and Ms Collins said the RMT is referring to a report involving those members of crew: "many repeatedly return to work for us in preference to taking up other opportunities elsewhere. Their interests are represented by colleagues in the highly active forums we run on our routes and all remain a proud and integral part of the Condor family. They also represent less than 5% of the total workforce of 570 staff."

French sailings go ahead after staff go the extra mile