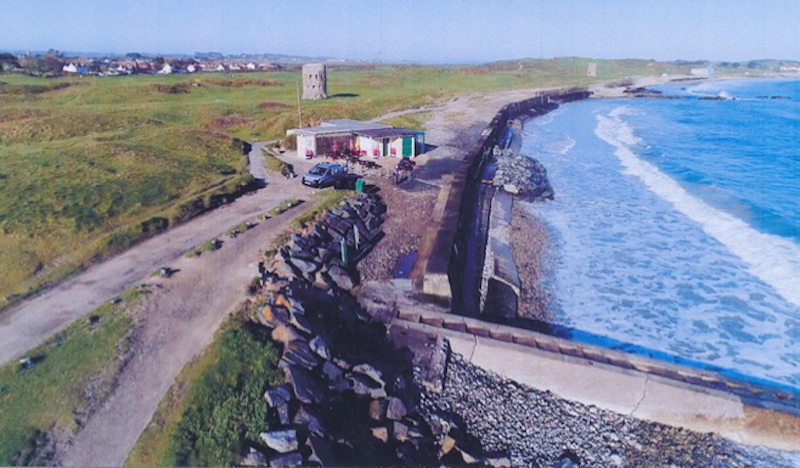 The Vale Commons Council has released an engineer's report detailing the "true cost" of saving the L'Ancresse wall and the work that needs to be done "as soon as possible" - however Environment & Infrastructure has said it will not be rushed into making major, long-term decisions using public money.

The Habitants of the Clos du Valle have voted 98% in favour of retaining and maintaining the World War II German anti-tank wall at L’Ancresse Bay, which they say “has provided an effective sea defence for over 75 years” and is of “increasing importance to tourism, as part of Hitler’s Atlantic Wall which extends from Norway to Spain.”

Meanwhile, the Vale Commons Council has commissioned an expert report by civil and structural consulting engineers firm, WRD Engineers, which has been completed in conjunction with local contractor NSP Foundations Ltd.

That report proposes investing in rock armour, sheet steel piling, the construction of a surface water drain and restoring sections of the wall to their original position in order to make up for years of under-investment in a structure that Commons Council President Peter Blake described as "vital" to the surrounding area.

“Our expert’s reports show that the true cost of repairing and maintaining this vital and historic structure well into the future. The fact that the works are required is as a direct result of a failure to carry out proper maintenance of the wall over many years. Our pleas for the last two decades, that proper drainage from over-topping be provided, have been consistently ignored." 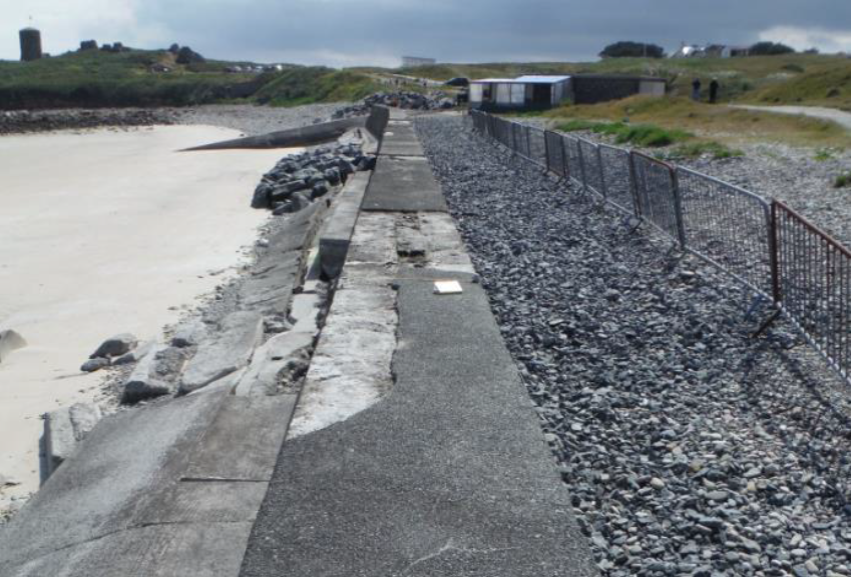 Pictured: Work took place last month on the most heavily undermined section of the L'Ancresse anti-tank wall, to reduce the risk of immediate failure.

“We have released the full report but because its author used a local contractor to verify costings, some of the amounts provided to Policy & Resources and Environment & Infrastructure have been omitted as being commercially sensitive."

While these figures have been redacted from the public report, it does state that the "total of all of the above budget costs for the contractor’s work is [of the order of less than £3.5 million]."

It is a far cry from the £200,000 over ten years that was suggested by requerants when they convinced the States to halt the proposed realignment of the bay earlier this year.

E&I has suggested that more accurate costings suggest it will costs seven figures to maintain the wall. Urgent repairs, some of which took place last month, have been funded by reprioritising their committee budget, however they have indicated that discussions are needed with the Policy & Resources Committee over long-term funding for the work.

The Commons Council is sharing its own consultant's report with E&I and wants the committee to do likewise.

“We have added our voice to those of others who have requested Environment & Infrastructure to put the proposals which they have put to Policy & Resources on the table," said Mr Blake. "We want an open discussion which conforms to the policy of the new States as respects the sharing of information wherever that can be done.”

In reply, E&I said that since the election, the committee has been focussed on Guernsey’s economic recovery from Covid-19.

"The document that has been requested is an internally produced document and not a commissioned report. This document was initiated as soon after the States’ decision on the Requête as Covid-19 restrictions allowed." 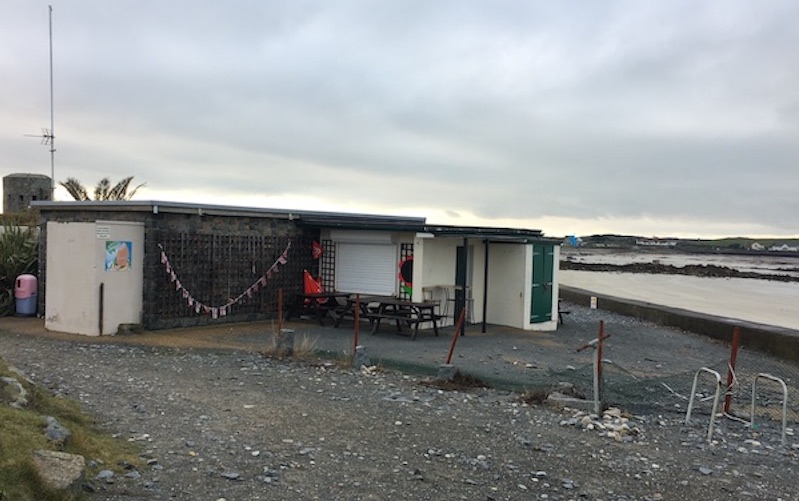 Pictured: The Habitants want to retain the beach kiosk and toilets at L’Ancresse East, which would have been lost under pans for the realignment of the bay.

"It compiles a list of all the issues with the wall and options for resolving them to meet the specific terms of the Requête. While it is likely the main substance of the document will be made public, it must be considered by the new Committee for the Environment & Infrastructure alongside the report produced by the Vale Common Council’s UK-based consultant.

"With works already undertaken recently to minimise the risk of failure of the anti-tank wall this winter, the new Committee for the Environment & Infrastructure want the opportunity to gather a detailed understanding of the issues before determining which longer-term solution represents best value for money. It will not make any rushed decisions regarding public expenditure at this challenging time.

"Discussion will also be required with the Policy & Resources Committee, in amongst its many pressing priorities."

In its report, WRD Engineers say the proposed work to repair the wall should be carried out "as soon as possible" in order to minimise any further deterioration, potentially as early as Spring 2021.

"The wall has survived well over the years since it was built, and is generally in a satisfactory condition for its age," said the report's author. 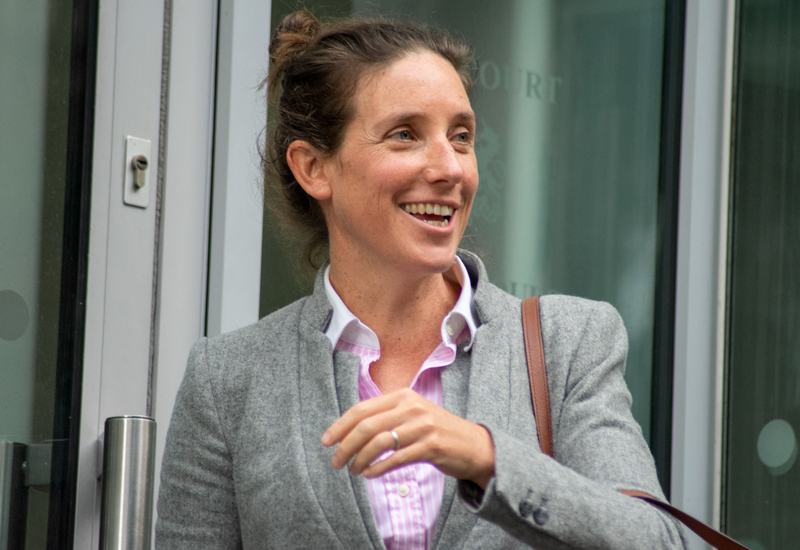 Pictured: E&I President Lindsay de Sausmarez said her Committee will not be rushed into making a decision on long-term plans for the wall.

"Another problem is the absence of weep holes through the wall when it was constructed. These could have been provided many years ago, after the end of WW2. If they had been provided the build-up of water behind the wall would have been eliminated. It is standard practice to provide drainage behind retaining walls, and weep holes through them to drain away any water that would otherwise accumulate behind the wall.”

Posted by Gary Blanchford on Dec 8th, 2020
Deputy De Sausmarez says her committee will not be rushed and she quite right there, they have been prevaricating over the wall and spending tax payers money for the past three years on consultants (£80,000), they were about to spend up to £200,000 on an environmental impact report ( Deputy Brehaut's figures, unknown thousands in wasted civil service time and achieved nothing. The wall could have been repaired and maintained three years ago with that wasted money. How many more reviews, reports, debates before some action. The report from the L'Ancresse Commons Council tells you exactly how it should be done. Similar to the West end that has survived for nearly 50 years with steel piling and concrete toe.
To place a comment please login Login »