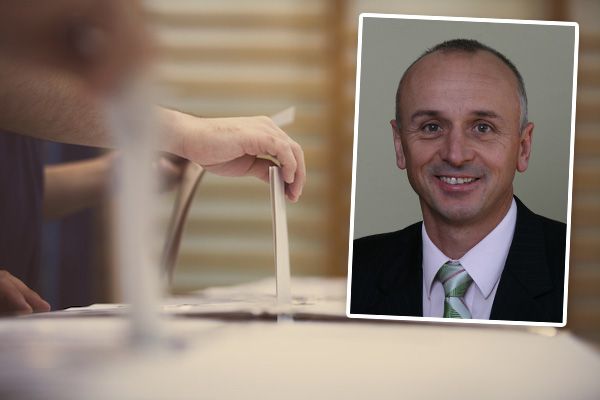 As part of the build up to Guernsey's referendum on island wide voting, political commentator Dr Stretch Kontelj is writing a series of articles for Express.

In his own words, Dr Kontelj said 'there is method to the madness." 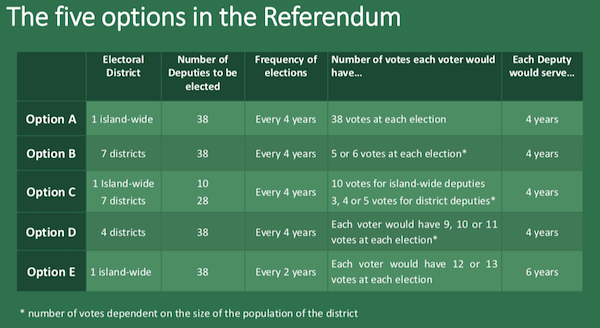 Given the importance of the forthcoming Referendum of Guernsey’s voting system, it is vitally important that residents understand how the voting system will work. In this piece I’ll try to describe in words how it will work. If this is all too painful, you can always watch the explanatory video on the link www.gov.gg/referendumwhich makes it all sound like child’s play.

As has been widely reported, five options have been proposed. Voters are encouraged to cast their vote from one to five numbering their first preferred option as 1, second preferred option as 2 and so on. There’s no need to nominate each and every option but rather only the ones that genuinely appeal to you in sequential order. If you are enamoured to one option to the exclusion of all others, that’s fine, as it’s acceptable to nominate just one option as your preferred and only option. This is precisely what is being suggested, for example, by the option A proponents with their slogan ‘Just choose A’.

With five options, two openly supported by sitting Deputies, another ‘tacitly’ supported by sitting Deputies (or maybe not, if you believe challenges to my earlier piece) and of the remaining two, one in ‘part’  publicly being promoted and the last who knows, how is this muddle to be resolved. Well in this instance, just to further complicate matters, the States is using what they describe as the ‘preferential and transferable voting’ system to ensure that the ‘winning option has broad support’.

What this means is that the most preferred option will be the winner even if it doesn’t in its own right have majority support. In my opinion, it is highly unlikely that any one option will garner a majority vote in the first instance. To date, with what I have seen, we have two options, namely A and B that appear to have backing of support groups that are highly organised and are starting to develop their profile online and through roadside banners and corflute’s. I’m yet to see the same response from option C, who might just be a bit slow out of the blocks or may be pursuing a campaign at a level that hasn’t yet come to my attention, which is possible. Options D and E may have latent support which isn’t playing out publicly.

In any event, back to the voting system. After all votes are cast, whether in person or by post, provided the threshold of 40% of registered voters have cast their vote, the counting will begin. If no one option gets an absolute majority, the option with the least number of votes will be eliminated and the second preference, if any, of each vote cast for the eliminated option will be redistributed. If no option gets over the winning line after these votes are redistributed, the next least favoured option will be eliminated in the same manner and the votes redistributed. I won’t bore you with the possibility that by now 3rdpreferred option votes will also come into play, to get into this detail is a whole new world of pain.

Hopefully you get the gist, in short, the least preferred options are eliminated in turn and their votes redistributed until on option gets an absolute majority or if you’re down to the last two options, the more preferred of the two will be declared the winner. A mad riddle I suspect  some of you may be thinking,...not really, you do ultimately get to an outcome. There’s method to the madness, as they say.

Voting will be in person on Wednesday 10 October 2018 between 8am and 8 pm at designated polling stations in each Electoral District. There is also the option of postal voting which is proving to be popular. A recent update from the Referendum organising committee indicates that over 1300 residents and rising have registered to vote in precisely this way. This is a great option as it enables residents who may be off island on the day to cast their vote in this historic, or as I’ve heard it described, hysteric Referendum.

For those wanting more interaction on the Referendum ahead of the vote, the States are conducting a ‘hustings’ style meeting featuring representatives from each of the five options on Wednesday 3 October commencing at 7pm in the theatre at Beau Sejour Leisure Centre. Each presenter will be given 5 minutes to present the case for their option. The moderated evening will then open up for Q&A’s from the audience. This is a great opportunity to hear the banter between the various options and to take part in the live interaction. If you’re unable to attend in person, the meeting will be livestreamed on the States Facebook page as well as being broadcast on BBC Radio Guernsey.

The above is the opinion of Dr Stretch Kontelj writing independently for Baiiwick Express.