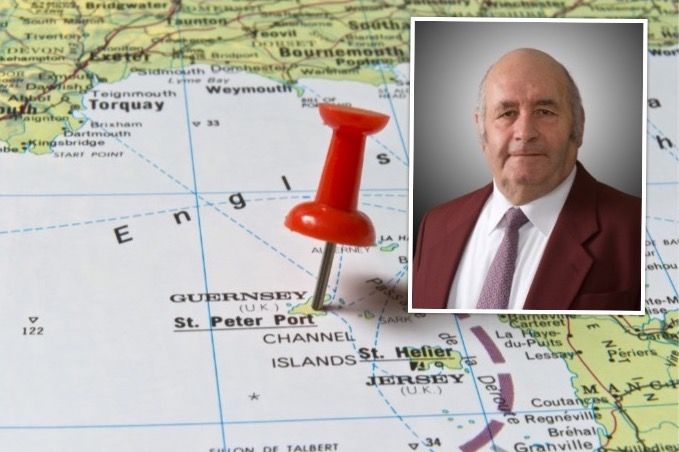 The increasing calls from some sectors of the business community and from voices inside the States Assembly calling for the scrapping of the Island’s population control laws beg a number of questions, according to Graham Guille.

The former politician writes for Express:

The argument goes that the recently updated population laws are damaging industrial sectors such as hospitality. These calls however are only opinions and any decisions regarding them need to be evidence based if damaging mistakes are to be avoided.

We know similar calls were made back in 2015 in Jersey who promptly bowed to the pressure by relaxing their population laws.  Perhaps a good place to start looking for any evidence of what might happen here would be looking closely at the ‘Jersey Experience’.

The first thing to recognise is that Guernsey and Jersey are not exactly the same when it comes to the demand for seasonal labour. In Jersey the need for such labour broadly covers both the hospitality and agricultural sectors. In Guernsey the main employer of seasonal labour is the hospitality industry, with the demise of large scale horticulture there is less of a demand from this sector.

Pictured: Guernsey and Jersey have well documented different laws regarding their populations and its management.

What both sectors on both Islands have in common is that it is difficult to attract resident labour into these industries. Long, often antisocial hours, relatively hard working conditions and low pay make these sorts of jobs unattractive to local employees. Traditionally both Islands looked elsewhere for their workers, of late mainly from the European mainland.

Having ‘opened the flood gates’ Jersey has since seen an influx of migrants moving to the island. The latest population statistics reveal a big increase in that Island’s population. The figure up to June 2019 shows 106,800 persons are now living in Jersey. The figures also reveal that 800+ persons in that Island are looking for work. Yet despite the high number of job seekers, the hospitality sector still claim they cannot get staff.

If true, this is a clear indication that there is more going on here than simply the numbers of available workers at any given point in time. Despite not having a job many apparently would prefer living on their savings and benefits to working in the hotel trade or agriculture. 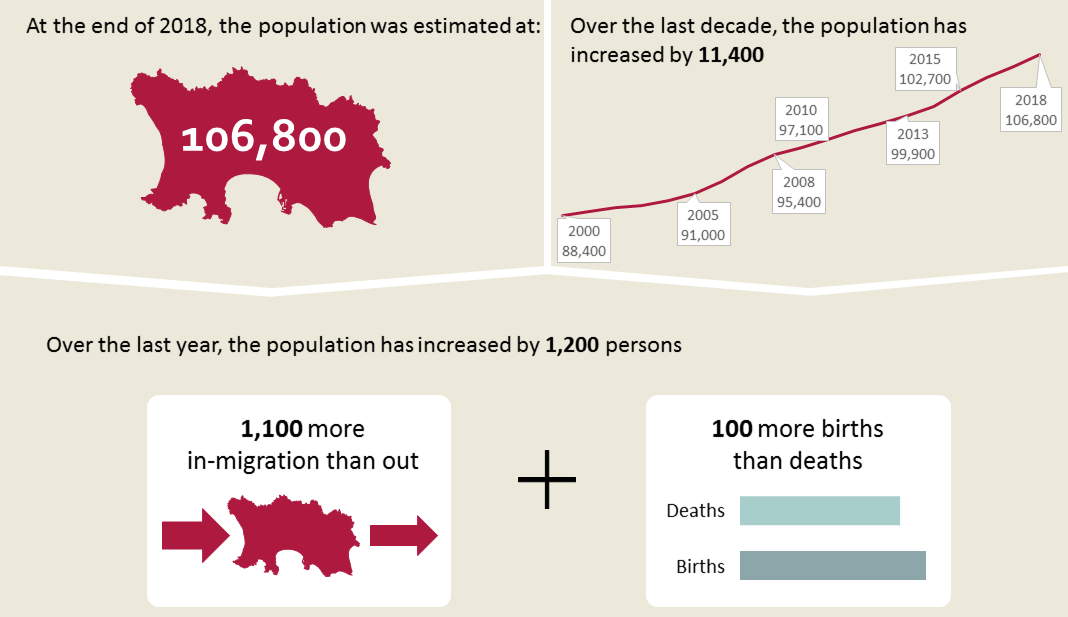 Pictured: Jersey's population is far higher than Guernseys, which was 62,754 at the end of September, 2018.

Is the same true in Guernsey? On the same day the Guernsey Press front page was reporting calls from the spokesperson for the Confederation for Guernsey Industry to scrap the population laws in Guernsey, on page 2 of the same edition a representative of one of the Island’s leading hotel groups was saying the exact opposite and the population laws were not a problem but finding staff willing to work in the sector was the root of the problems.

I would suggest before Guernsey rushes headlong into following Jersey’s lead and removes controls over population we might look a little closer at Jersey’s experience and see if this is really the way we, as a community, want to go.

We know that Jersey already has, like ourselves here in Guernsey, an acute shortage of affordable housing.

Jersey has just announced the results of a review of housing needs and found they have an immediate need for around 7000 new homes (roughly a new small town) to cope with existing demand, made even worse by the new, larger population.

They have also revealed the results of a review of water storage in the Island and come to the rather startling conclusion that they were running out of water. The situation apparently merits the building of a new £30m+ reservoir somewhere on the Island to cope with predicted demand.

In summary, the Jersey experience might be summed up in this way. A move to solve the labour shortage in hospitality by increasing population has only resulted in a huge increase in numbers of persons living on the Island, increasing demand for housing and water as well as putting more pressure on the infrastructure generally.

However it has failed to resolve the staffing issues affecting tourism, itself the main driver for the removal of population control.

Given the close similarities between the economies of both jurisdictions and from comments from those involved locally in Tourism, I would argue that the effects of scrapping the population laws here in Guernsey would be little different.

The problems facing the hospitality trade are many and varied: the high cost of living in these islands, the high cost of travel into and out of Jersey and Guernsey, the present relative weakness of the pound against the major world currencies being but a few. Workers in this sector face long antisocial hours for comparatively low pay. Certainly few local employees could service a mortgage or pay market rents on basic hotel staff wages.

Another complicating factor has been the recent rise in living standards and strengthening economies in many of the newer Member States of the E.U. where seasonal labour was frequently sourced, all of which have combined to make these Islands a less attractive place to come to live and work. Then there is the Brexit effect.

I would argue, based on Jersey’s experience that scrapping controls over population is unlikely to solve Guernsey’s labour shortage in the hospitality sector. It will however drive up the cost of and increase the need for more housing, put added pressure on the Island’s infrastructure and create added competition for all the goods and services Islanders need on a daily basis.

If removal of population control in Jersey failed to solve their hospitality staff shortage but spawned a whole lot of new problems or made existing ones worse, then what is the point in Guernsey following suit. Jersey has dug a hole for itself, let’s not be in too much a hurry to jump in after them.

Pictured top: Graham Guille. The content of this article is all in his own words.

Posted by Robert Williams on Aug 2nd, 2019
Graham Guille is absolutely spot on with his analysis. The workers that were tempted into Jersey to man the tourism and agricultural sectors have, after a short while in the island, moved into the finance and banking sector, depriving locals of jobs in those, while not solving the shortage of workers in the tourism and agricultural sectors. The number of unemployed locals has therefore, remained fairly constant, in a big part due to the generous benefits they get which makes it not worthwhile to work). Jersey now needs a new hospital as well as increased water supplies and thousands of extra houses. No benefit has come from all this increased population.
To place a comment please login Login »