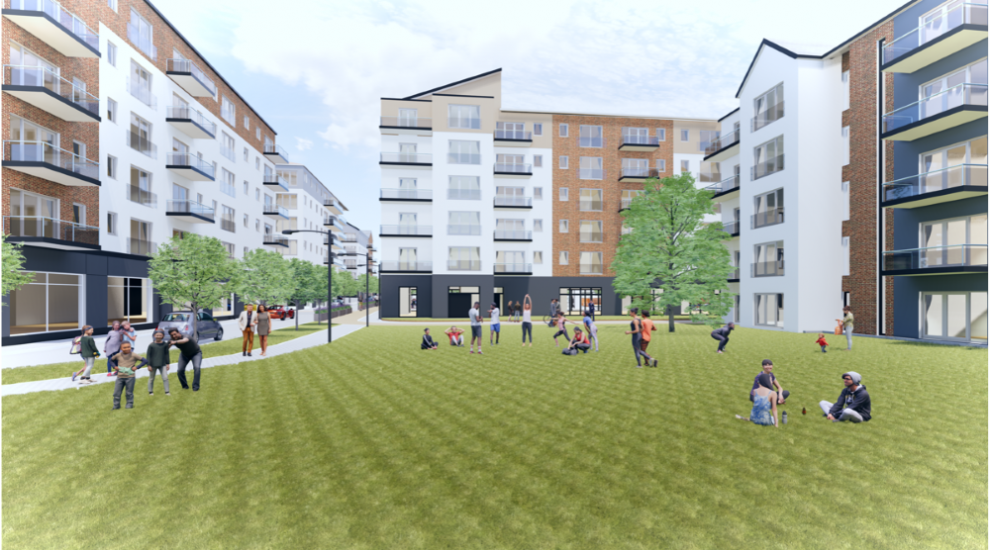 Public consultation is now open on what would be one of the largest single developments ever undertaken in the island.

The Co-op and its development partner want to turn 13 acres of derelict land at Leale's Yard into 338 homes, a new food store, other retail and commercial space, a multi-storey car park and various civic and green areas.

The States' Development & Planning Authority received a valid planning application for the development last week and has now published it online.

Public comments on the application are invited until Friday 8 July. 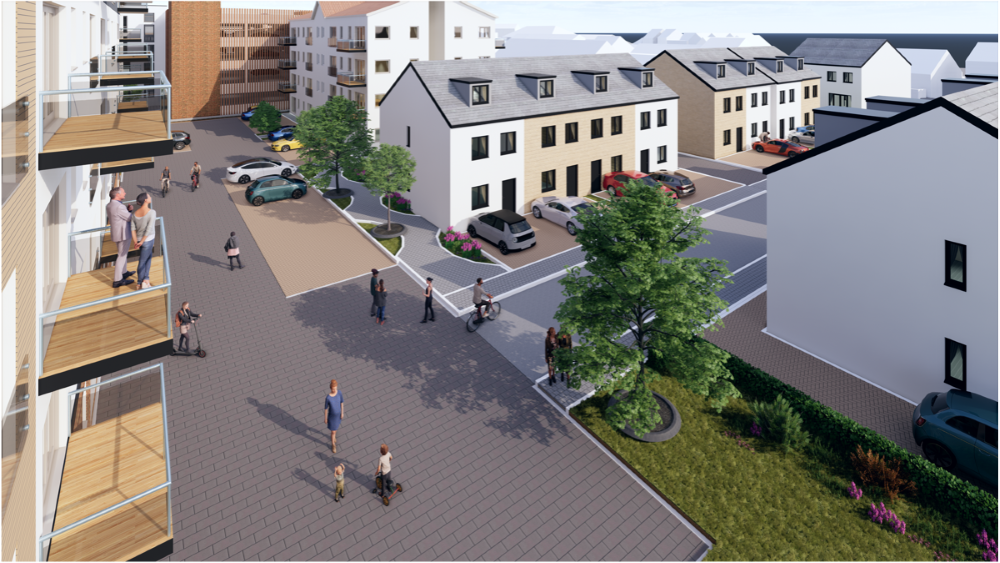 Pictured: The planning application is described as including "338 residential units, circa 5,800 square metres of retail floor space, circa 8,000 square metres of commercial floorspace, a multi-storey car park and associated landscaping, service roads and infrastructure".

The Co-op said yesterday that it had also carried out its own public consultation on the plans. The Channel Islands retailer claimed that 700 people had taken part and that 91% liked the plans for the scheme.

"The consultation was held in April and comprised a media release promoting the scheme, several briefing sessions, a public drop-in exhibition and an online questionnaire," it said.

"Over 700 islanders took part in the consultation, including 25 of the island’s deputies and 40 members of the douzaines. Over 600 islanders either submitted a response to the online questionnaire or attended the drop-in exhibition. 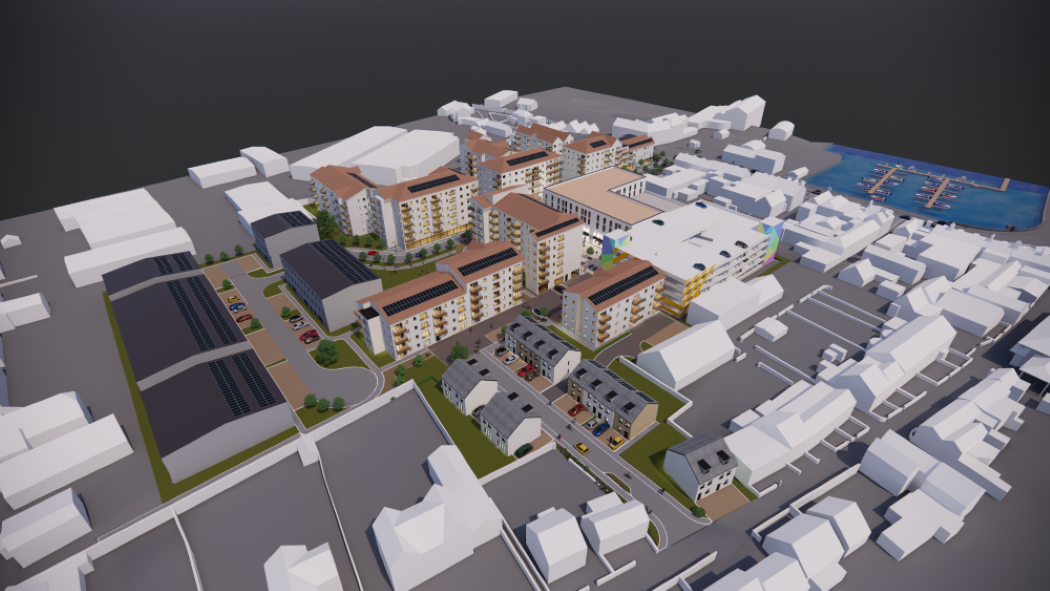 Pictured: The Co-op and its development partner hope that the redevelopment of Leale's Yard will rejuvenate The Bridge.

The planning application was submitted in the name of the Co-op and Omnibus Investment Holdings. They hope to secure permission this year, commence works on the site next year and complete the first residential and retail units in 2025. They hope to finish the project within five years.

The Development & Planning Authority is expected to hold an open planning meeting to consider the application.

The plans have already been welcomed by the Constables of the Vale and St Sampson's and senior States' members, including Deputy Peter Ferbrache, the President of the States' senior committee, Policy & Resources. 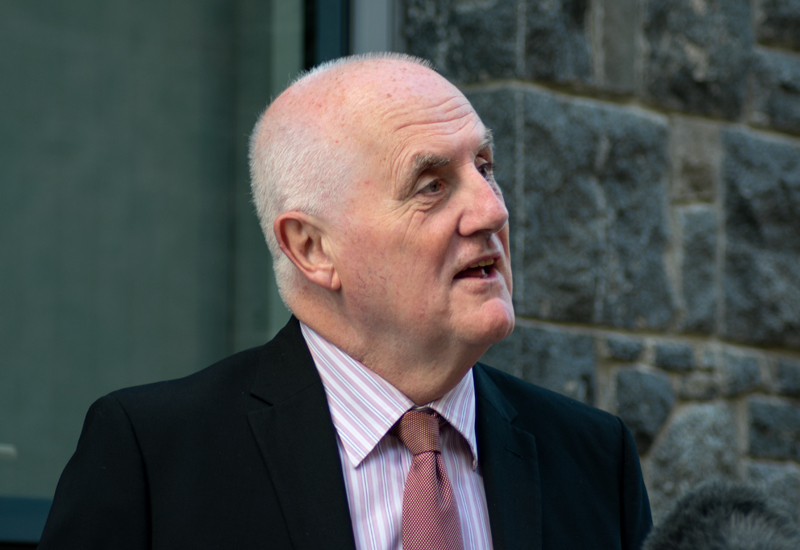 Pictured: When the Co-op first published its development plans, Deputy Peter Ferbrache said: "Leale's Yard helps a fair bit, but the States need to do a lot more to help with the housing situation."

"Firstly, on behalf of the Co-op and our development partner, I’d like to personally thank everyone for their comments and participation in the consultation," said Mark Cox, Chief Executive of the Co-op.

"Everyone has busy lives, so to find the time and take part is great. We are overwhelmed with the positive engagement. Over 2,000 comments or likes and an approval rating of over 91% for a high-profile development like this is amazing.

"The Co-op would like to further encourage everyone with an interest to register and comment on the plans online, via the States' planning portal. We want the island’s authorities to know that the overwhelming majority of islanders support and like the scheme and want to see new homes, new businesses and a new community established.

"We want the island’s planners to have the confidence to progress the scheme - to know it’s not a leap of faith in approving the scheme but the wishes and the will of islanders to see progress." 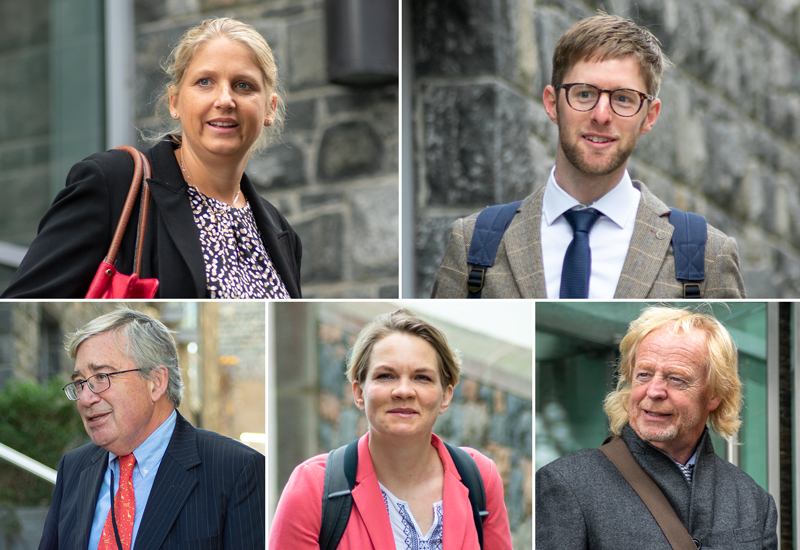 Pictured: The members of the Development & Planning Authority, who are expected to consider the planning application later this year.

Jeremy Rihoy, the Chairman of the retailers' development partner, said: "A development of the scale and complexity of Leale’s Yard can only be successfully delivered with the full engagement and involvement of the community.

"The great feedback provided acts as a real incentive to local companies like the Co-op and Rihoy & Son to push on with our plans to invest millions into the local economy and realise a fantastic asset for the island’s future generations."