A close shave for charity 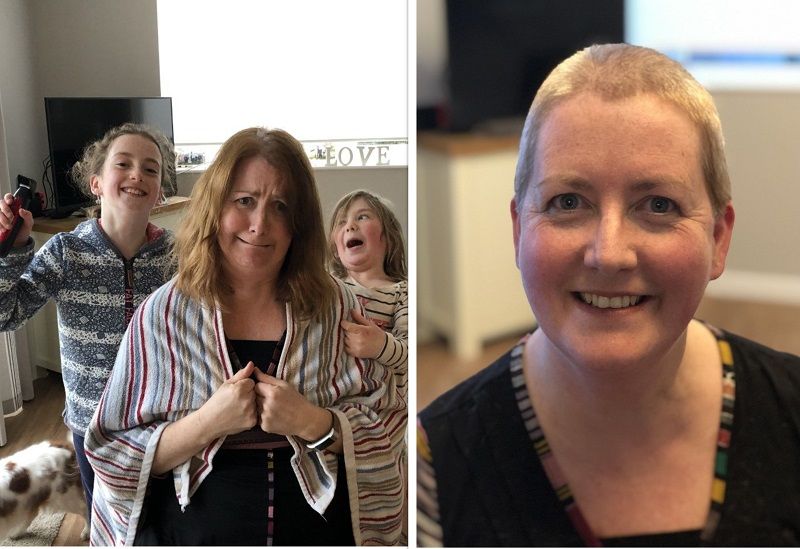 A close shave for charity

Inspired by Adrian Sarchet's monumental swimming feats and the Chief Minister's advice to avoid touching your face, a local disability champion decided to shave her hair off in support of an accessible swimming scheme.

Karen Blanchford, who is the Executive Director of the Guernsey Disability Alliance and a founding member of the Equality Working Group and Access For All, has been raising funds for the PoolPod campaign launched by endurance swimmer Adrian Sarchet.

"I’ve known Ady since we were kids and been following his amazing progress on the Ocean Seven Swims for the past eight years," said Mrs Blanchford. "Ady is also a volunteer and Director of one of the GDA’s member charities Guernsey Disability Swimming. For this final swim in New Zealand Ady dedicated his fundraising to raising funds for an accessible PoolPod so our members and islanders with reduced mobility would be able to access Beau Sejour swimming with dignity and ease.

"I’m no swimmer but was keen to assist with the fundraising a little further than some social media posts so after seeing Gavins beard shave thought I could do my hair (to stop me touching my face) so I offered to shave my head on Ady’s return."

Spending many hours in an airport lounge yesterday, waiting for fog to clear in Guernsey, realised that my beard had to go - was playing with it too much, contrary to public health advice to avoid touching face, mouth and nose. My youngest tells me I look like an egg (again.) pic.twitter.com/g7NQNYRCuU

"Unfortunately Ady and the team were delayed over a week on their return and need to self isolate so my family decided on Mother's Day they would shave my head instead. We did this live via facebook and have raised over a £1,000 to bring the total to £7,400 of the £28,000 needed. We are absolutely delighted as we knew it would be hard to fund raise at the moment but thought it would be a fun and distracting activity.

"My little one is struggling with the new look but I am loving it, showers are quick, no products needed, no hair dye! It’s a little cold though."

The fundraising, which can be found here, was kickstarted by the 'Sea Donkey', Mr Sarchet, who recently completed the notoriously challenging Ocean Seven swim.

Loads of blessings with this new haircut: quick showers = less water. Min products = less waste. No hair dye! I’ll keep it whilst hairdressers closed save £££ & great fundraising. Constant amusement for the kids and keeps the husband away :-) I think I could start a trend..... https://t.co/sn4tnq05Ny

Speaking about some of the difficulties he faced on the last leg of the swimming challenge, Mr Sarchet said he was spurred on by the local Poolpod Appeal "which might falter if I failed the swim."

On the challenge itself, he said: "This project has been part of my life, my family’s life and my crew’s life for 8 long years. It is going to take time to adjust to its absence!"

Pictured top: Mrs Blanchford before and after her head shave.

'Supporting the heart of our community'