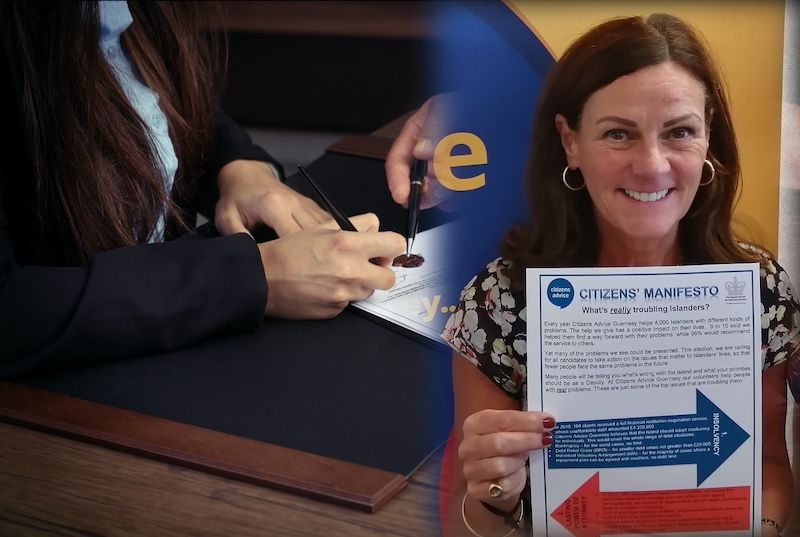 Progress has been made by the current States on two out of four key issues identified at the 2020 general election by Citizens Advice Guernsey, the head of the charity has said.

The charity distributed a ‘Citizens’ Manifesto’ to all election candidates during the campaign which set out four issues on which its volunteer advisers were regularly being asked for advice.

In March this year, the States approved the implementation of a new Lasting Powers of Attorney Law (LPAs). LPAs allow individuals to plan for their future and put in place arrangements to support them when they may no longer have capacity to make decisions for themselves.

In October the States approved proposals for introducing Low Value Debt Relief Orders (LVDROs) for unsecured debt up to £30,000, enabling legislation to be drafted for debate.

Kerry Ciotti, Chief Executive of Citizens Advice, said at the time of election that these “may not be the most fashionable or talked-about issues, but they are certainly having a very real impact on local lives and could be easily resolved”.

Mrs Ciotti has since welcomed the passing of both levers which will help hundreds of its clients. She called LPAs “a real gamechanger” and said LVDROs will help individuals with no reasonable prospect of repaying low levels of personal debt and allow them to have a fresh start”. 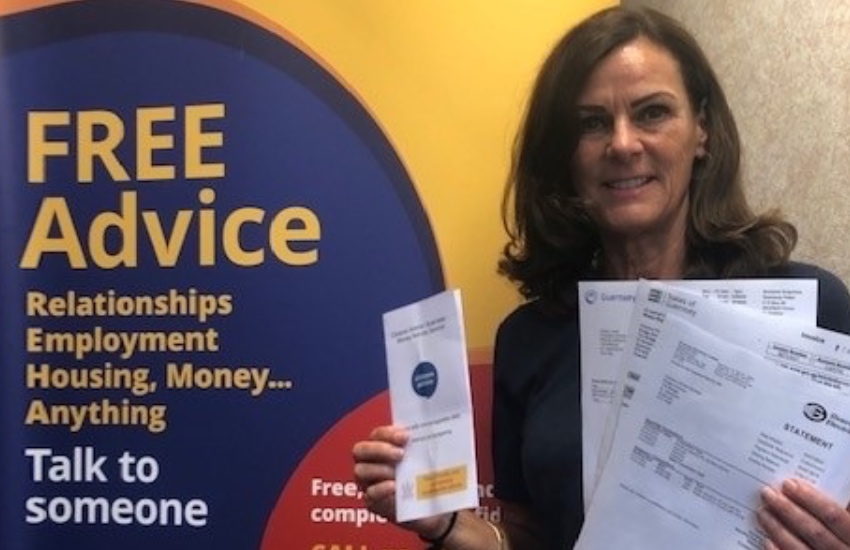 Mrs Ciotti added: “Every year Citizens Advice Guernsey gives free, confidential, and impartial advice to around 4,000 Islanders, which is around eight percent of the adult population. From this we collect anonymous data and compile statistics that show what’s consistently troubling Islanders, and then give those reports to the States. We see very clear patterns and trends, which highlight those areas where the States could formulate policies that would make a very real difference to many people’s lives.

“Many of the problems we see could be prevented, so our aim with the manifesto was to help candidates to cut through the election noise and understand what was really causing Islanders problems. I’m very pleased to say that one of the four manifesto points has since been completely resolved, with good progress also made on a second." 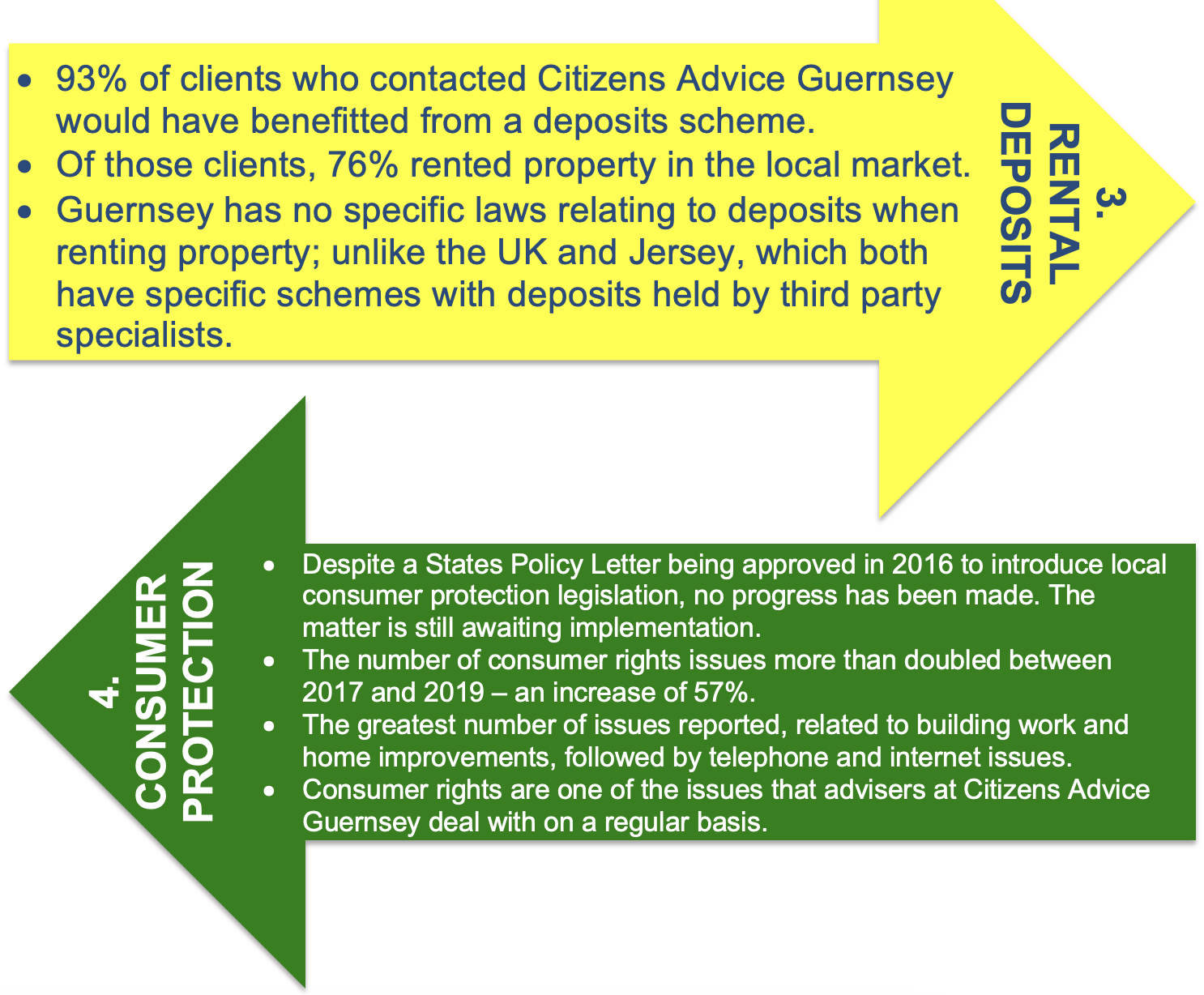 Pictured: Statutory rental deposit schemes and consumer protection legislation would measurably benefit a significant chunk of the population, according to the charity.

With the next general election scheduled for June 2025, Mrs Ciotti suggested further work to be delivered to improve more islander’s lives.

“With more than half the term to run, we thank States Deputies for the progress so far and urge them finally to get LVDROs over the line and to stay focused on the issues of rental deposits and consumer protection. If they can deliver solutions in those three key areas, then they will make many Islanders very happy,” she said.