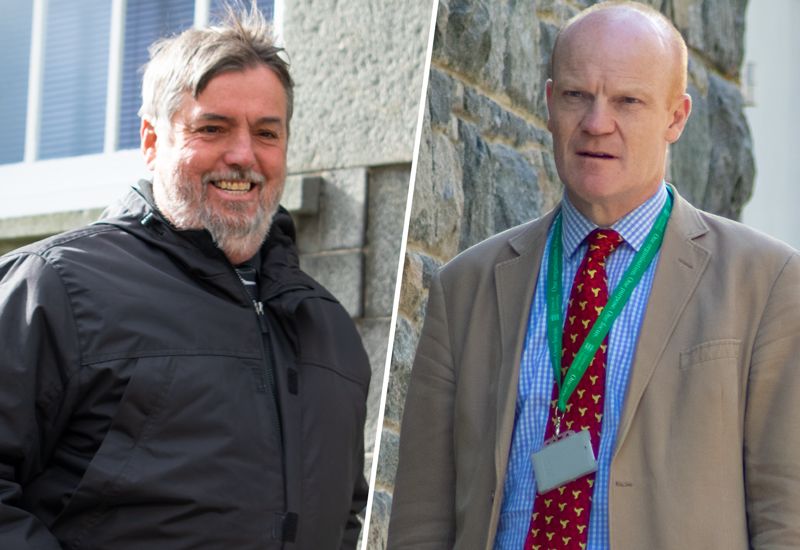 Just days after losing out in his bid to remain P&R President, Deputy Gavin St Pier secured only 12 votes in a presidential contest with Deputy Peter Roffey for the STSB, before then failing to secure a place on the Scrutiny Committee in a major turnaround in his political fortunes.

Deputy Roffey, who was elected as the President of Employment & Social Security on Monday, will also lead the States' Trading & Supervisory Board after States Members favoured him to the former Policy & Resources President by 24 votes to 12.

Earlier this year, Deputy St Pier was leading the island's response to the Covid-19 pandemic as the Chairman of the Civil Contingencies Authority.

Despite then topping the public polls in the island-wide election, he has now lost three consecutive States elections. It is reported that, upon hearing the result of the last of those, for members of the Scrutiny Management Committee, Deputy St Pier picked up his things and walked out the States Chamber.

Why on earth would I even think of resigning as a Deputy?

I will issue a statement in due course once all the Committee elections are over.

The successful STSB candidate, Deputy Roffey, was described by his proposer, Deputy Lindsay de Sausmarez, as having "hugely valuable" experience, having sat on the board for the last six months.

"He has the ideal range of political, commercial and life experience to make him the best candidate," she said.

Deputy Roffey referred to his role with the CI Co-operative over the years, which he said is managed in a way that is "very analogous" to the States trading entities, which include Aurigny, Guernsey Water and Guernsey Electricity.

"I have trained for [this kind of role] for the last several decades. A huge chunk of my life outside of this Assembly has been directed to developing and growing a highly commercial organisation, operating in an extremely competitive world, but crucially driven by the needs of its customers, therefore not driven solely by maximising profits."

I think the new States’ treatment of @gavinstpier has become cruel and petty, and brings them no credit. But there is almost never a conspiracy. There were similar claims about the last States, when Gavin was elected CM, and those were untrue. https://t.co/PPxmpRvJXR

While he proposed Deputy St Pier for the Chief Minister position, Deputy Roffey said he was completely opposed to the former P&R President's vision for the States trading entities, which he described as "appalling". 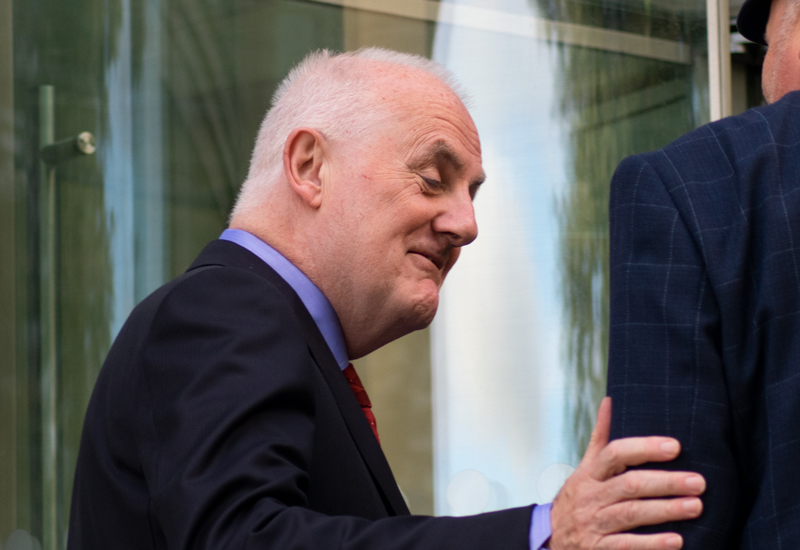 Deputy St Pier, a former director of Aurigny before entering politics in 2012, said the States could look to its trading entities to "raise significant sums" and avoid further borrowing where possible.

"The STSB provides two opportunities that may partially assist and they should at least be looked at," he said. "Firstly, incorporation would allow a normal business structure similar to businesses of their type to be put in place and that might release some cash back to Treasury.

"Secondly, we should examine whether we can learn anything from the Jersey Electricity model and float minority stakes of maybe 15% or 25% on the International Stock Exchange. To be clear, I'm not saying we should do it, I'm saying we should look at it.

I fear this result bodes ill for my bid for the presidency of the States’ Trading Supervisory Board. If this Assembly doesn’t want the island’s most experienced politician’s offer to chair a minor Committee, they are probably not going to want me? #unity https://t.co/rbcMkbdvmQ

Asked for further clarity on his position during Question Time, Deputy St Pier added: "I would not be in favour of the disposal of any majority stake, but we have a responsibility on behalf of the taxpayer to look at and present any options to the States on the realisation of minority stakes, as an alternative to borrowing by the States in respect of many other projects that will require funds over the next five to ten years."

Deputy Roffey was unimpressed, saying that these businesses should not be viewed as a way to raise money at the expense of customers.

"I don't believe in hidden taxation which has no relation to a person's ability to pay. If we ever use high dividends from my utilities as a significant revenue source, then we will indeed have introduced quasi-taxation which is likely to hit the poorest, hardest."

"It's basically a VAT or a large GST levied on the most basic of life's commodities like water and electricities."

I intentionally offered a clear and transparent articulation of what I would do. Not intended to be arrogant or combative just unambiguous.

In an all-or-nothing speech, Deputy St Pier said the States must also appoint his chosen board members later this afternoon - Deputy Lyndon Trott plus one of Deputies Andy Cameron, Nick Moakes or Victoria Oliver - otherwise he would immediately resign as its President.

"If [my vision] is too rich for you I would rather know now than further down the line."

His ultimatum was not tested, as Deputy Roffey secured 24 votes compared to his 12, with one blank paper and three members absent.

One of the immediate changes that Deputy Roffey will pursue in his new role is to tackle a "broken" system of regulation.

"Years of inappropriate regulation has led to Guernsey Electricity being so deeply and unnecessarily indebted that it needs to make the best part of £3m a year from its customers just to service that debt before it can even start to make any profit."

"The amount of debt GEL has been forced to take on is madness. This debt mountain is now so large that it is pushing it very close to its bank covenants, and that in turn is starting to significantly and adversely impact on core capital investment decisions. This simply must stop and I will push for that to happen without delay."

The States felt that they did not want to give me my candidate, @gavinstpier.

Pictured: The new Scrutiny President was unimpressed that Deputy St Pier, one of her two proposed candidates for her committee, was not voted in by the States.

I didn’t get it but rest assured I’m not going anywhere. 14,000 people voted for me - it is their mandate that I must honour.