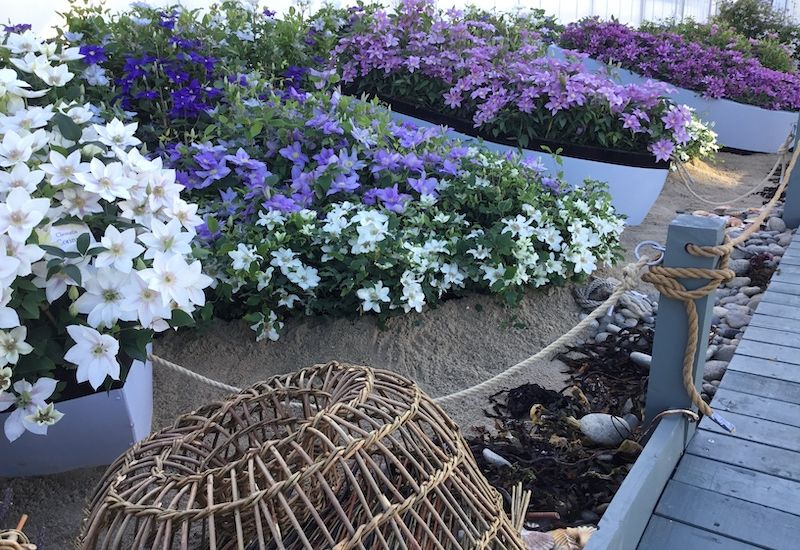 There is a one off chance to see the plants grown by Raymond Evison Clematis for this year's Chelsea Flower Show this weekend - with a special display created locally after the event in London was cancelled because of the covid-19 pandemic.

The award winning grower decided to put the 2,500 plants grown especially for the show to raise money for charity and to enable anyone who wants to, to see the display for themselves.

"As our company, Raymond Evison Clematis was not able to exhibit at this years Chelsea Flower Show, as the show was cancelled due to the COVID 19virus outbreak, the 2500 plants have been looked after and trained in the hope that they could be used to create a display here in Guernsey for the people of Guernsey to see and enjoy, and to raise money for Charity," said Mr Evison.

"The Exhibition is free of charge but donations are most welcomed and encouraged for two Charities, The Queens Nurses and The Guernsey Botanical Trust, who will both be in attendance during the event."

The display is only open this weekend, both Saturday and Sunday, at the Guernsey Clematis Nursery site on Route Militaire, Vale, between 10:00 and 16:00 with social distancing to be adhered to at all times.

You don't need to book to attend but there may be a queue if too many people are already viewing the display. 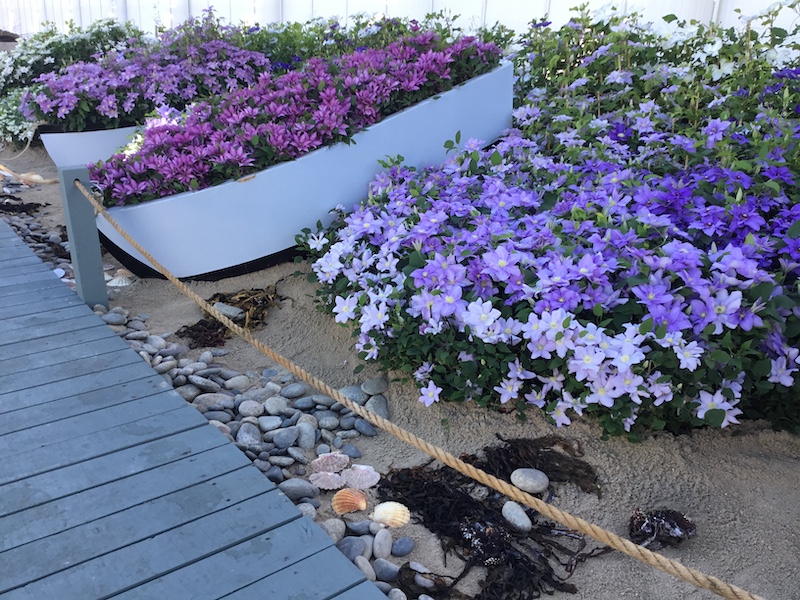 Pictured: Part of Mr Evison's display of clematis at his Vale nursery.

Mr Evison said the exhibit will consist of more than 1,500 flowering clematis plants that should have been at this year's cancelled Chelsea Flower Show.

The theme he has designed the display around is a Seashores scene with blue and white clematis depicting the sea, along with boats coming ashore full of different coloured flowering clematis.

Pictured top: Some of the clematis plants on display at the nursery on Route Militaire.