Charles' time has come and he'll "just get on with it" 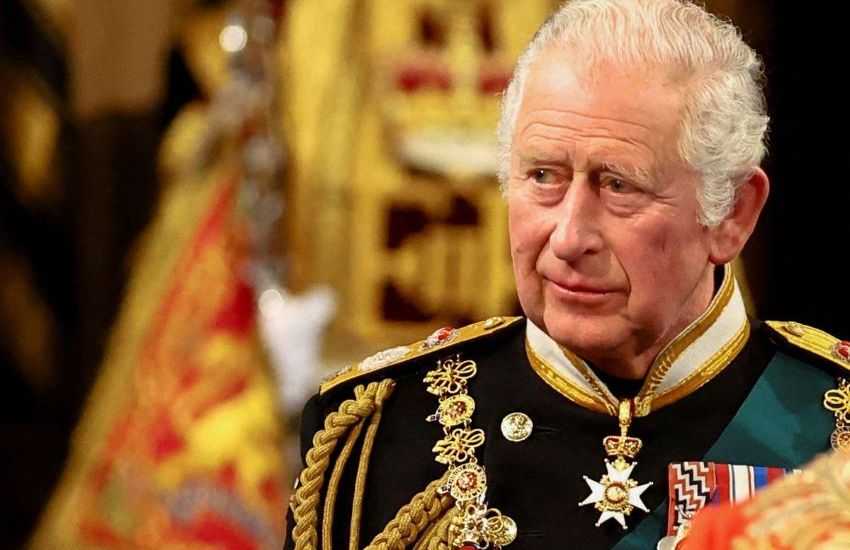 Charles' time has come and he'll "just get on with it"

There are very few people among the world’s billions of residents who can understand what the new King will have felt during his long tenure as the Prince of Wales.

As the eldest son of Queen Elizabeth II - taking into account he was both the first born and the eldest son, Charles was destined to be King from the day of his birth.

European royal families, Japanese Emperors, and Native American people are among those who still honour hereditary titles along with the Beaumont family in Sark.

Like the former Prince of Wales, Christopher Beaumont was destined to be Seigneur from birth. His great-Grandmother, Dame Sybil Hathaway was succeeded by her grandson, Michael Beaumont, after his father, her eldest son, died during the Second World War. 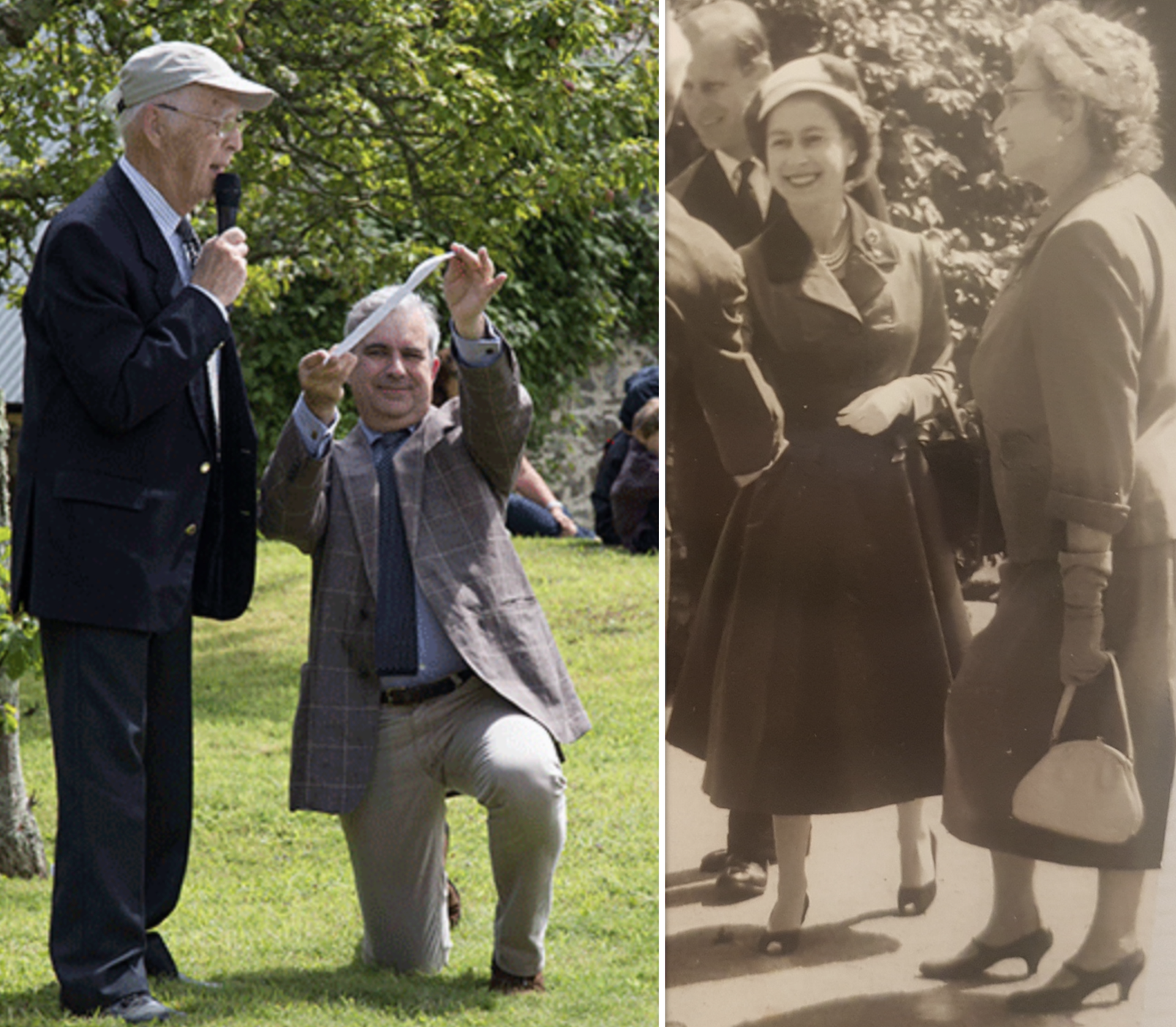 Pictured: The late Seigneur Michael Beaumont with his son, the current Seigneur Christopher Beaumont, at an event to mark Sark's 450th anniversary as a Fief, and Dame Sybil Hathaway with the then Princess Elizabeth and the Duke of Edinburgh in 1949.

Major Beaumont recalled for Express what it was like when he received the phonecall telling him his father had died.

“You just don’t think about it (the duty ahead), I certainly didn’t. My father was in his 80s, so it wasn’t a surprise, but it was a shock because we weren’t expecting it. So, unless there is a prolonged period of illness it would come as a complete shock.

“None-the-less, I have absolutely no doubt that he (Charles) will do what they all do, and just take over.” 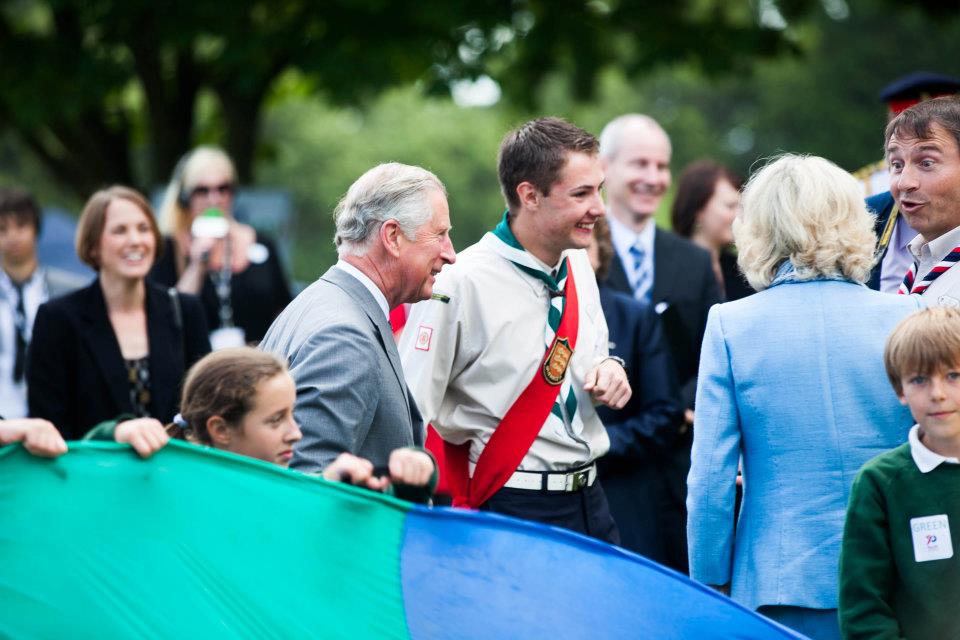 Pictured: King Charles III during a visit to Guernsey in July 2012.

As an expert in the Bailiwick’s constitution and history, Colonel Richard Graham also expects a seamless handover of sovereignty with the Palace personnel and staff well prepared.

“The only other one who would know what it’s like, died many many years ago, Queen Victoria’s son. She died in 1901, I quoted him in my book – an ironic remark about how long he has had to wait.”

“I don’t mind praying to the eternal Father, but I must be the only man in the country afflicted with an eternal mother” – Edward, Prince of Wales, referring to his mother, Queen Victoria’s longevity. 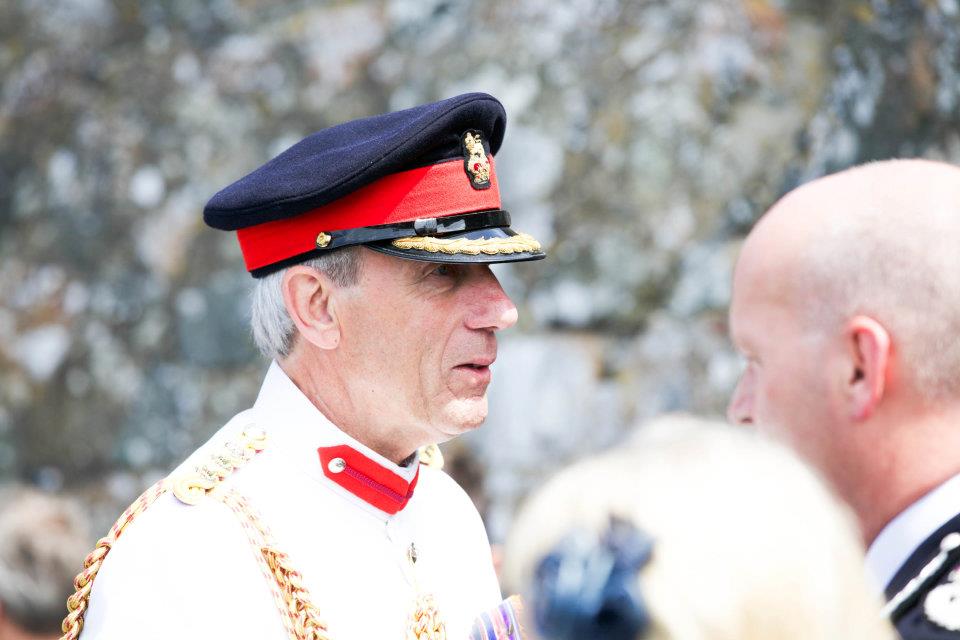 Pictured: Richard Graham during the then Prince Charles visit to Guernsey in 2012 (Tracey Bougourd).

Born in 1841 and named Prince Albert Edward, he had an elder sister, Victoria who was never destined to be Queen. The rules of primogeniture were only changed ahead of the birth of Prince George in 2013.

On Queen Victoria’s death in 1901, after almost 64 years on the throne, Prince Albert Edward was crowned King Edward VII at the age of 60.

Colonel Graham acknowledges that like Edward before him, coming to the throne late in life means the new monarch does come with some baggage.

“I like Charles, but I can recognise his deficiencies,” he said. 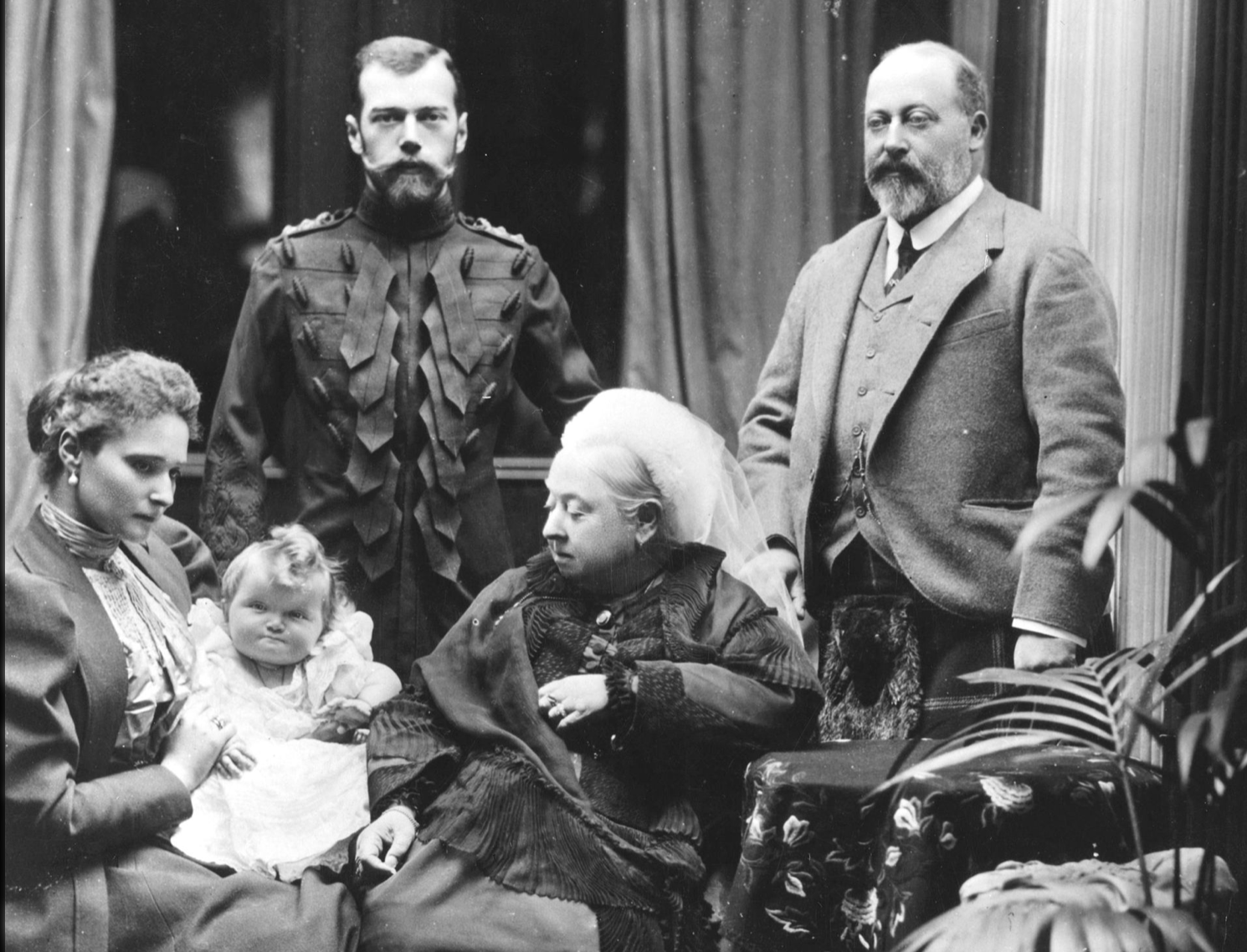 Having met him many times, Colonel Graham said Charles was a popular character during his own army career and on the occasions he has met him since both men retired from the armed forces.

Speaking further about official Royal engagements which Charles undertook as Prince of Wales, including visits to the Bailiwick, Colonel Graham said he holds him in high esteem having seen him on duty.

“He came over, sometime when John Foley was governor and although it was in June or July, it was a gale force 9, storm force 10 at times. We were supposed to be going to Herm, and Herm had never had a Royal visit. Adrian and his team over there had prepared and the plan to get to Herm was on the boat, and so before that he was doing this and that in Guernsey. I remember we had school children on the lawn below Candie museum and he was walking down through that and his team started saying ‘I don’t think he ought to go, it’s too dangerous’ and I heard them saying this so I mentioned it to John Foley, the Governor. He immediately went up to him and said ‘look, we’re going to have to adapt our plans for getting to Herm, but there are ways of doing it, but I think you ought to go.’ 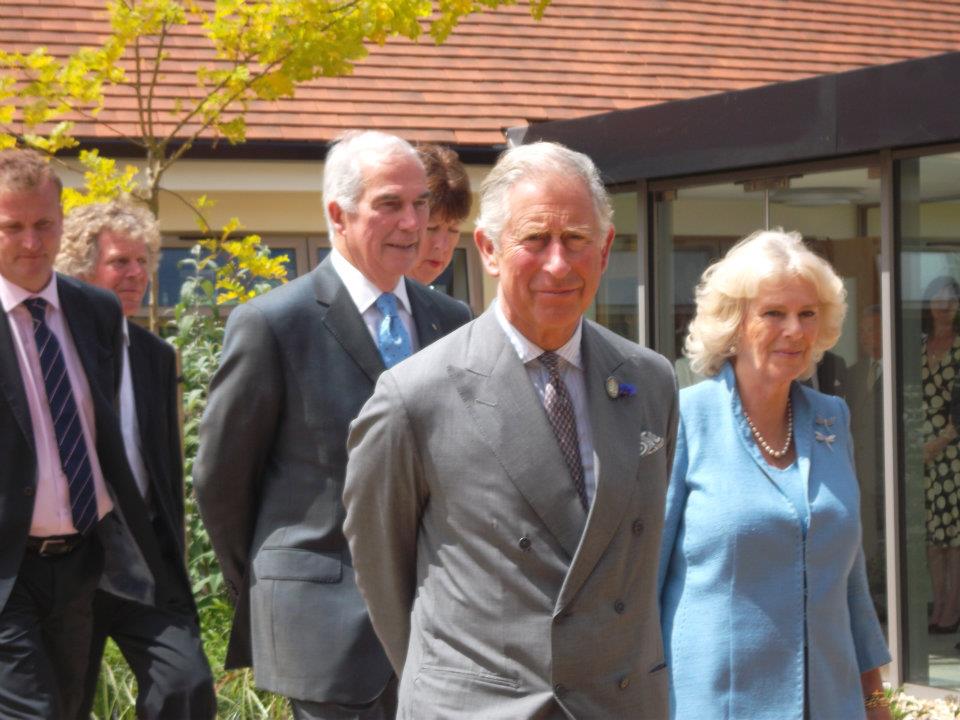 Pictured: King Charles III visited Guernsey in July 2012, where he toured Les Bourgs Hospice - which he later agreed to be Patron of (Tracey Bougourd).

“We bounced our way across to Herm, and it involved going across on a larger boat. The Leopardess couldn’t get alongside in Herm, so we had to cross from one ship to another just outside the Harbour, and it was blowing a real hooley.

“Adrian Heyworth who was running the island was so pleased. Charles said ‘I’ll do what you’ve arranged for me, but then could just you and I have half an hour where I could walk through Herm with no body around, just you and me.’ So that’s what we did. We left him and Adrian at the house in Herm at the top, and basically said see you in 40 minutes at the Harbour. He loved that.

“He went back with Camilla (2012) and what was lovely about that, was he didn’t know until the last minute that there happened to be on holiday in Herm at the time, the widow of an Officer who just three months before had been killed in Afghanistan. It was an Officer known to Prince Charles and we mentioned this to Charles once he was on the island, ‘where is she?’ he said, and made a beeline for her when we found her. And they had a quick chat.”

Looking back over the reign of Queen Elizabeth II and ahead to the reign of King Charles III the Seigneur, Major Christopher Beaumont agreed that both have an innate sense of duty and a desire to serve the public as best they can. 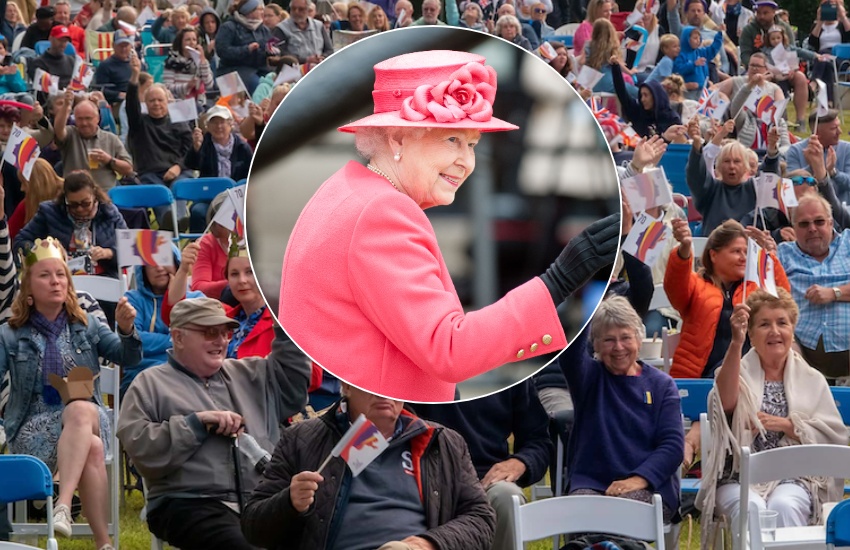 “Service is not an easy thing to bear, but my goodness she has done it better than anybody,” remembered the Seigneur. “It’s quite astonishing really. Those who think it’s an easy life – well, I don’t think so.

“She’s done absolute wonders for the country, the commonwealth, us – it’s always been a joy to host any members of the royal family, including the Queen, and Prince Philip.