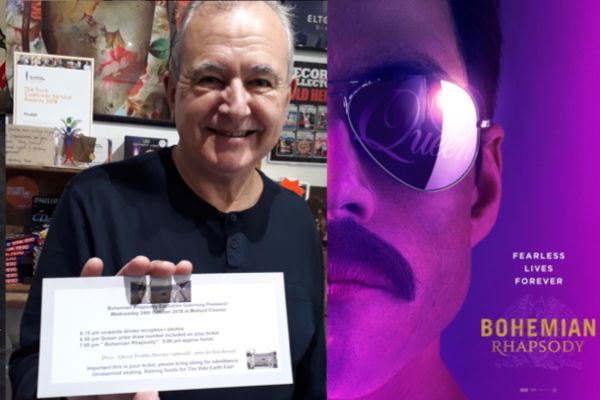 A charity screening of Bohemian Rhapsody, the Queen story, organised by Guernsey's 'king of the vinyls', Vaughan Davies has sold out.

The film premiere is taking place tonight at the Mallard with a drinks reception and special screening organised by Mr Davies as an extension of his shop and love for music.

Mr Davies said, "it is great when films based around music come out, it is a bit of fun and last year we organised a special event around the premiere of Mamma Mia, featuring the music from ABBA. That screening raised over £5,000 for Headway."

The Bohemian Rhapsody film tells the story of the British rock band Queen focussing on their lead singer, Freddie Mercury's life leading up to the Live Aid performance at Wembley and features original recordings from the band and had input from Queen band members Brian May and Roger Taylor.

Mr Davies who runs 'Vinyl Vaughan's', a record shop based in the Bordage specialising in the revival and love of vinyl records, said that Queen are a popular band with his customers.

"I have many Queen records in the shop and they span a number of decades over which the band had success." 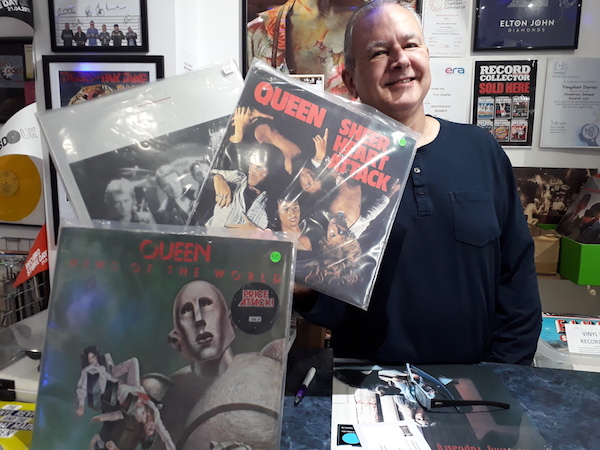 Pictured: Vaughan Davies with some of his Queen records.

There were 130 tickets available for the screening tonight and they each sold at £20 each, raising money for the Vale Earth Fair. Mr Davies said, "the organisers of the VEF lost a lot of money this year as it was a wash out. They raise a lot of money for charity and it is music related so it seemed the perfect fit for this charity screening. I love events like this as they really are an extension of the shop and it is nice to put something good on.

"Each guest will get a goodie bag and there are some nice prizes available including some Queen box sets and memorabilia. I am also hoping that some people will turn up dressed as Freddie and really get into the spirit of the event."

This won't be the last you will see of Vinyl Vaughan at the movies as he is already planning a premiere for 2019. "Next year sees the release of Rocketman, which is the Elton John story, so I will be organising an event for that next." 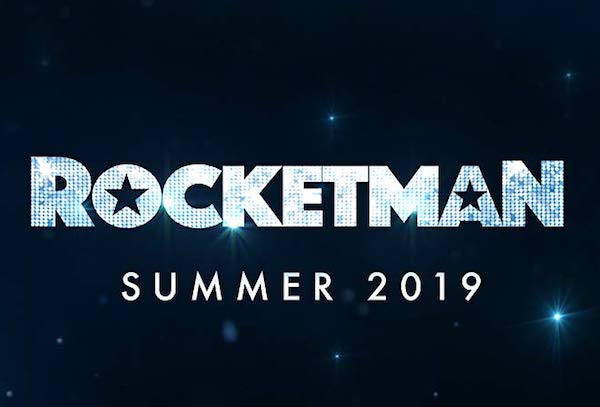 Pictured main image: Vaughan Davies with a ticket for the premiere and artwork for film.