Questions to CCA Chairman ruled out by Bailiff 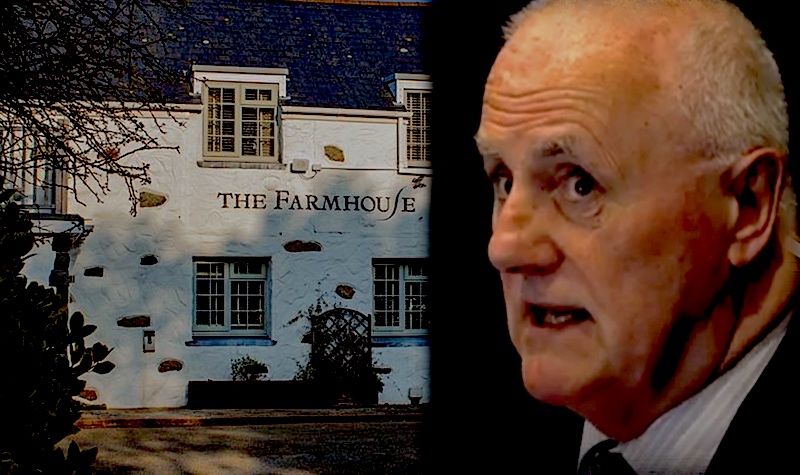 Questions to CCA Chairman ruled out by Bailiff

Deputy Peter Ferbrache will not have to answer questions in the States about his alleged role in 'Farmhouse-gate', with the Bailiff ruling the questions out of order because of an ongoing criminal investigation.

It follows an alleged isolation breach at the Farmhouse Hotel involving two employees - which was described by Mr Nussbaumer as being "extremely serious" in leaked emails - but was not reported to the GBA at the time.

However, Deputy St Pier's Rule 11 questions - which were designed to get answers from Deputy Ferbrache  about his involvement - have been omitted from the States agenda for this week's debate. 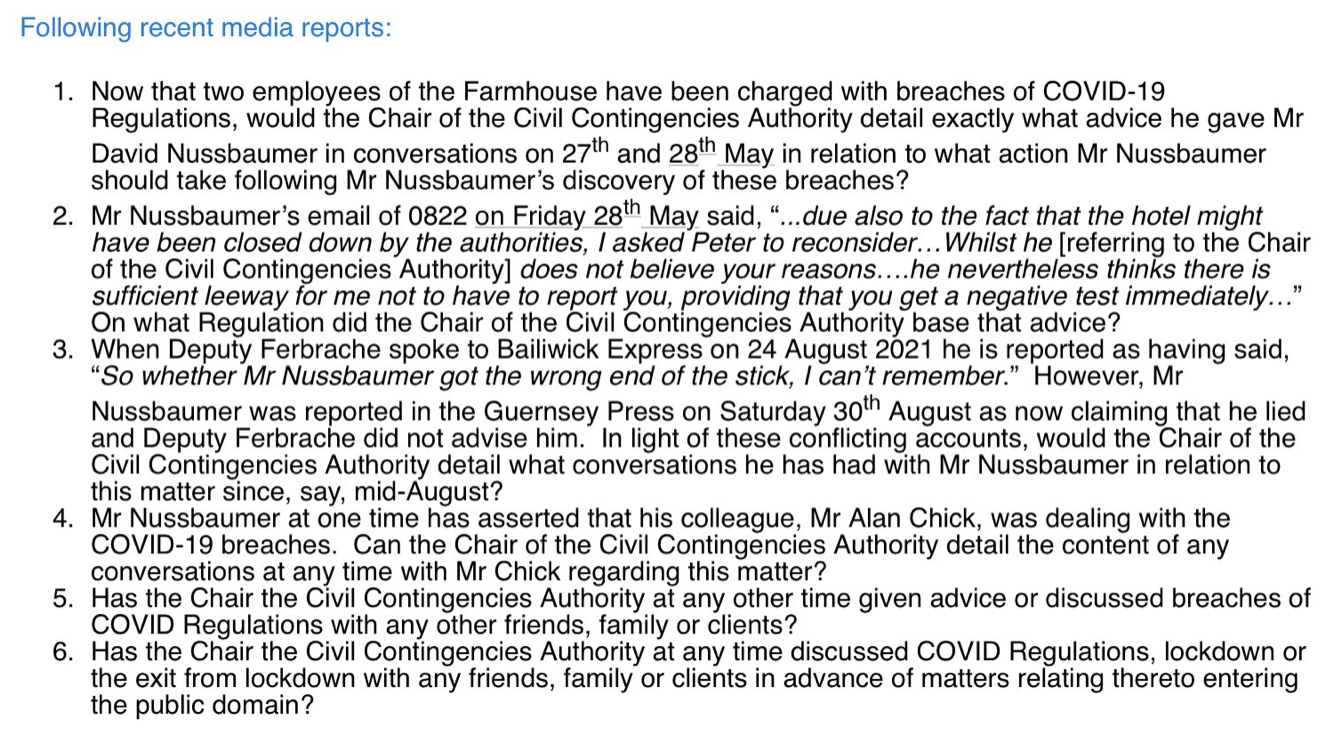 A decision to strike out questions cannot be made at a political level, it must come from the Presiding Officer - in this case, the Bailiff.

Express asked Richard McMahon through the Civil Service Support Team why he chose not to allow the questions in today’s States Debate and was told that under Rule 15 (public interest) there are 'extant criminal proceedings' that are related to the issues raised.

Deputy St Pier noted that Deputy Ferbrache has already, publicly, to other media, said he would not answer the questions before the Bailiff's intervention.

“Whilst the Chair had indicated he didn’t intend to respond to my questions, fortunately and rightly, it is not a matter for him to decide,” said Deputy St Pier yesterday.

“Under the States’ rules, that decision rests with the Bailiff as Presiding Officer.  Rule 15 provides that the Presiding Officer may “on the ground of public interest, decline to allow a question to be put.”

"I can’t recall during my time in the States this rule previously being invoked, but given the expanding nature of the debacle, the Presiding Officer has clearly now decided not to allow the questions in light of the ongoing criminal investigation.

“Whilst understandable, I think it is regrettable,” he said.

Pictured: “The standards of behaviour expected from all elected representatives everywhere are rightly, very high – and the public expect us all to be held to account,” said Deputy St Pier.

The situation continues to unfurl after an email exchange was leaked suggesting that the Managing Director of the Farmhouse Hotel, Mr Nussbaumer, decided not to report employees to the Guernsey Border Agency for breaking isolation rules.

In those emails, Mr Nussbaumer said he had contacted his close friend and lawyer, Deputy Ferbrache, for advice.

According to Mr Nussbaumer's emails, Deputy Ferbrache initially said the potential breach should be reported to the Guernsey Border Agency, before suggesting there was "sufficient leeway" not to do so after being asked by the hotelier to reconsider, in light of the potential cost to his business.

Deputy Ferbrache has since denied any recollection of the conversation, while Mr Nussbaumer has subsequently said he was simply trying to "frighten" the employee by referencing his Advocate. That employee has since been charged with breaching self-isolation requirements along with a second defendant.

Deputy St Pier has argued that more clarity on the situation is much-needed, given the high level of public interest.

Deputy Ferbrache heads up the emergency decision-making committee that makes the rules that everyone in the Bailiwick has to adhere to - or else be punished by law.

“Bailiwick Law Enforcement may never find a smoking gun that provides a link beyond reasonable doubt for the inexplicable coincidences, even though the gun smoke is thick around us."

Following another email leak this week - in which Mr Nussbaumer emailed staff 'in strict confidence' on 23 February about the 'Guernsey Strategy as it stands' - there have been further calls for independent scrutiny, given that two of the three instructions to staff about the island's blueprint for moving out of lockdown turned out to be correct.

“The public are not stupid and given the implausible explanations, they think they know what happened," said Deputy St Pier.

"It is in everyone’s interests and for confidence in our governance and those governing us, that we have a rapid, external, independent investigation."

Posted by Gary Blanchford on Sep 8th, 2021
I have total confidence in our current P & R which includes Deputy Ferbrache, that's more than I say for Deputy St Pier in whom I have no confidence at all.
To place a comment please login Login »

CCA Chairman out of self-isolation and says: "lockdown rumours are completely unfounded"