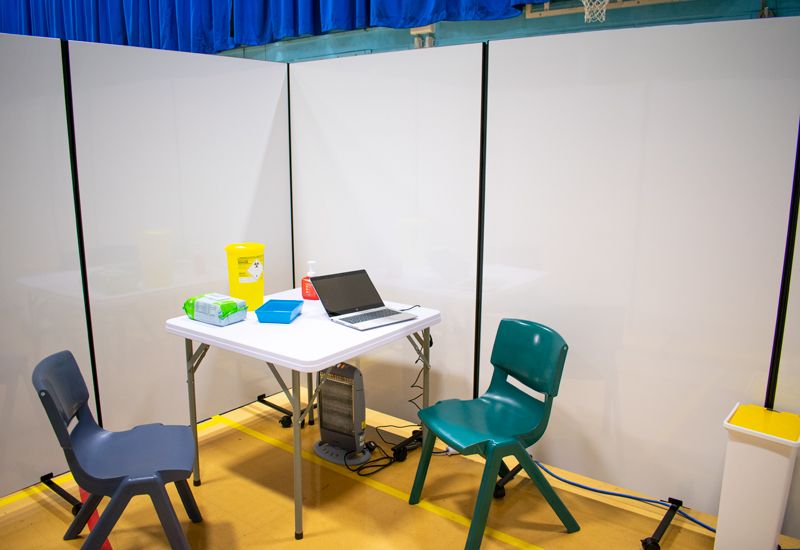 Decision-makers in Guernsey will look to depart from the UK's vaccine delivery guidelines, after the latest advice favoured an age-based approach to the next phase, instead of prioritising teachers, police and other public-facing workers.

The current advice from the Joint Committee on Vaccination and Immunisation is that adults should continue to be offered a Covid-19 vaccine in age order, from oldest to youngest.

The 50 - 59 bracket is the last cohort in Phase 1 of the recommended vaccination programme, which Guernsey has committed to following. The JCVI has recommended that 40-49 year olds are vaccinated next, followed by 30-39 year olds, and ending with those aged between 18 and 29.

The UK Government has already stated that England, Wales, Scotland and Northern Ireland will follow the recommended approach, which still needs to be finalised.

However, Guernsey officials have expressed reservations about following the UK's lead on this. 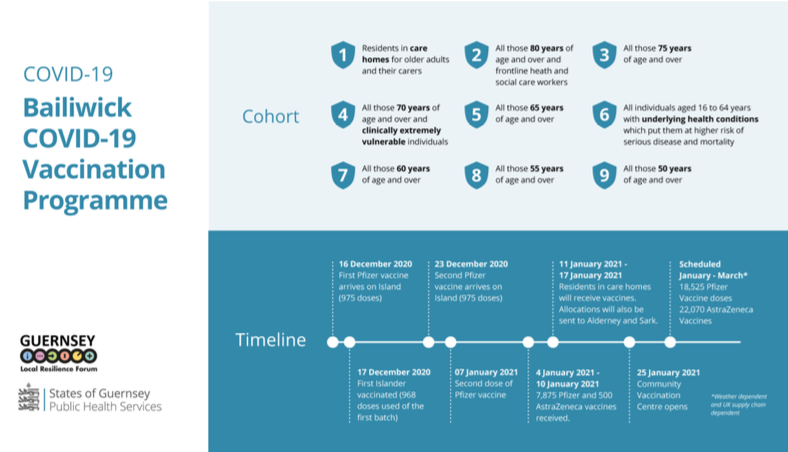 Pictured: Phase 1 of the Bailiwick's vaccination programme. It is generally prioritised by age, with front-line health workers and clinically vulnerable adults among the exceptions who have been vaccinated early in the programme.

Guernsey's Chief Minister Peter Ferbrache has confirmed that talks will be held to secure greater flexibility in the way Guernsey administers its vaccines.

"Certainly politically, if at all possible, we would like to move away from that," he said of the JCVI guidelines.

"We’ve got to have discussions with the UK because we get our vaccines pro-rated from the UK; that’s why we have to follow strict rules and are following strict rules."

It comes following calls for the most exposed, unvaccinated public-facing workers - such as police officers and school staff - to be escalated up the priority list.

Deputy Ferbrache said: "If we can vaccinate teachers, police officers, prison officers etc. earlier, that would be the intent." 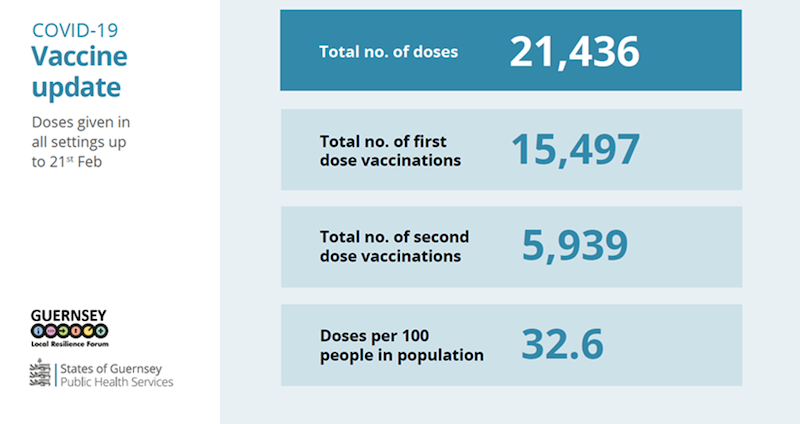 Pictured: Friday's updated statistics show that just over 15,000 people have received the first dose of either the AstraZeneca or Pfizer vaccine. Almost 6,000 of those have received both doses.

It is not just a matter of reacting to public opinion - Public Health Director Dr Nicola Brink said Guernsey is more exposed to staff shortages in these key areas than larger jurisdictions with deeper resources.

"I think we have to take into account our geographically remote location and our limited infrastructure," she said.

The States is working to immunise everyone who accepts a vaccine from the Phase 1 priority groups before the end of April.