Car fire behind the Bowl for second time in week 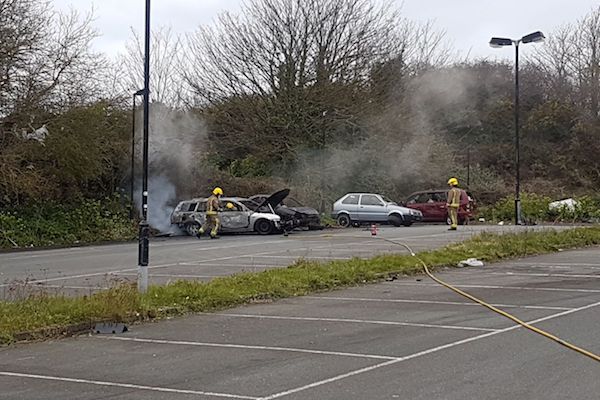 Car fire behind the Bowl for second time in week

A car was found on fire in the carpark behind the Guernsey Bowl this afternoon.

This came just days after a van was also set on fire in the same carpark.

Guernsey Police and Guernsey Fire and Rescue Service attended the scene shortly after 14:30.

Crew Commander Milton Le Moignan told Express that the Fire & Rescue Service could see the flames as the crew drove down Rougue Rue to get to the area.

The crew then successfully put the fire out quickly, with no reported injuries. The fire service Crew Commander said they didn't see anyone in the area at the time that they arrived.

Crew Commander Le Moignan told Express the way the blaze was started is now under police investigation. He also said the police are now going to look at having the abandoned cars removed. 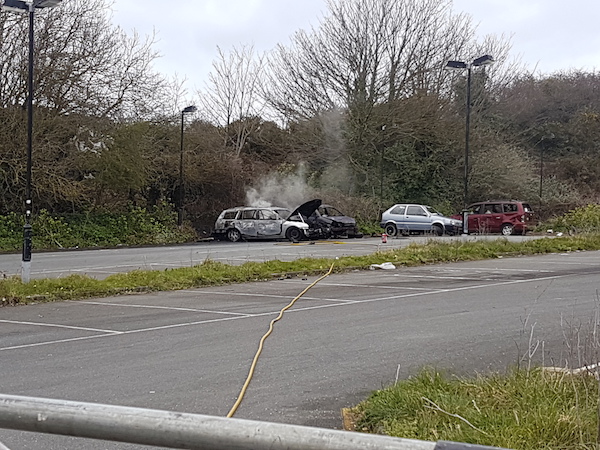 The carpark itself has been closed off to public access since a short while after the Bowl closed down, which happened at the end of August, 2017.

It has a barricade made of scaffolding with a make-shift gate on to prevent access, however both of the recent vehicle fires have taken place behind the barricade.