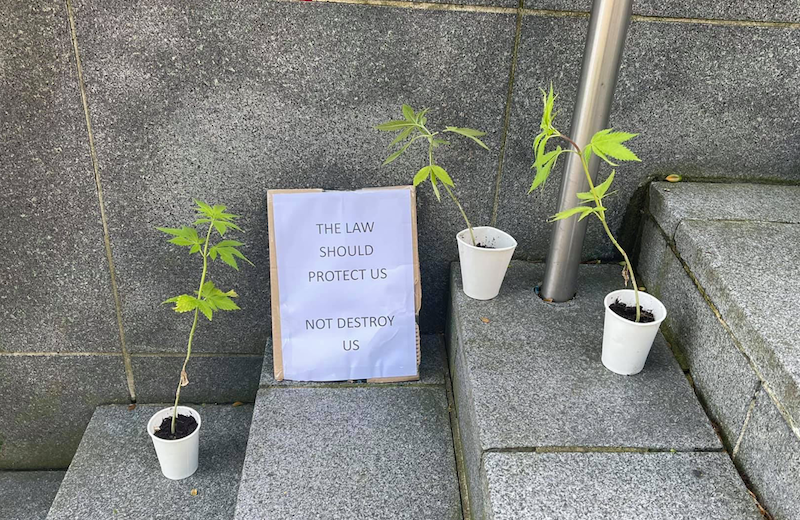 Court officials have handed CCTV footage over to police after three cannabis plants were left on the court steps.

It is believed the three potted plants were placed there sometime on Wednesday morning.

Court officials told Express that the plants had since been seized by police and that CCTV footage had been handed over to officers.

Police have not yet confirmed whether further investigation is taking place.

The plants were accompanied by a sign that read: "The law should protect us not destroy us".

An image of the plants was shared by Guernsey Drug Strategy Campaign Founder Lucia Faith, who is facing charges for drug offences and was in court yesterday.

Ms Faith said that she and her three co-defendants had "belly-laughed" when they saw the plants, adding: "Thank you to the beautiful people who came today to just show us you care and you see us."

Pictured top: An image of the plants on the court steps before they were removed (Credit: Lucia Faith).