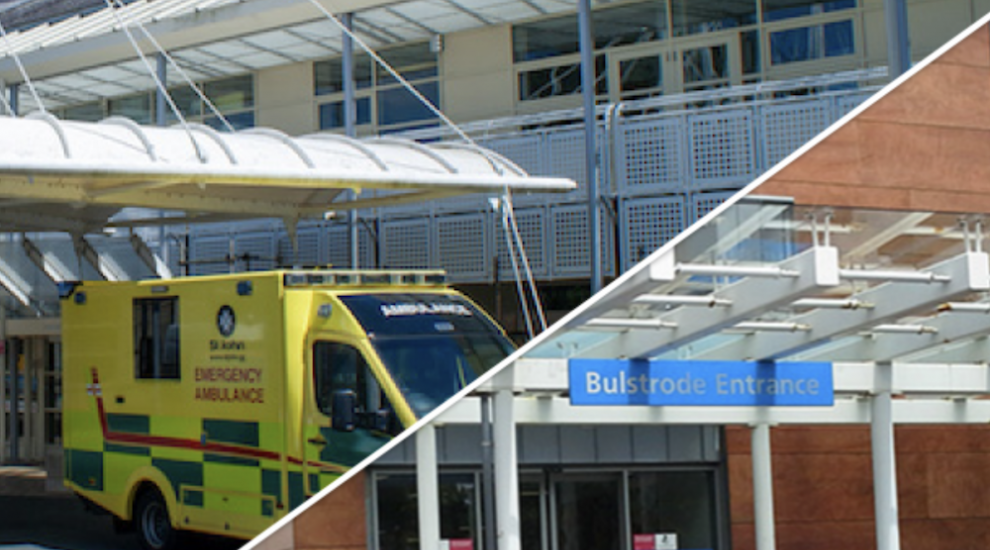 A letter sent to patients in August, outlining charges for medical care outside of Bulstrode house's opening hours, has been shared with Express, confirming that treatment fees would be levied for emergency care needed for side effects of cancer treatments.

The revelation that patients undergoing chemotherapy or immunotherapy treatments are being charged for visits to the Emergency Department at the Princess Elizabeth Hospital was reported by Express on Monday.

The letter we have seen confirms that attendance fees are not charged, but treatment fees are.

The letter can be read HERE. 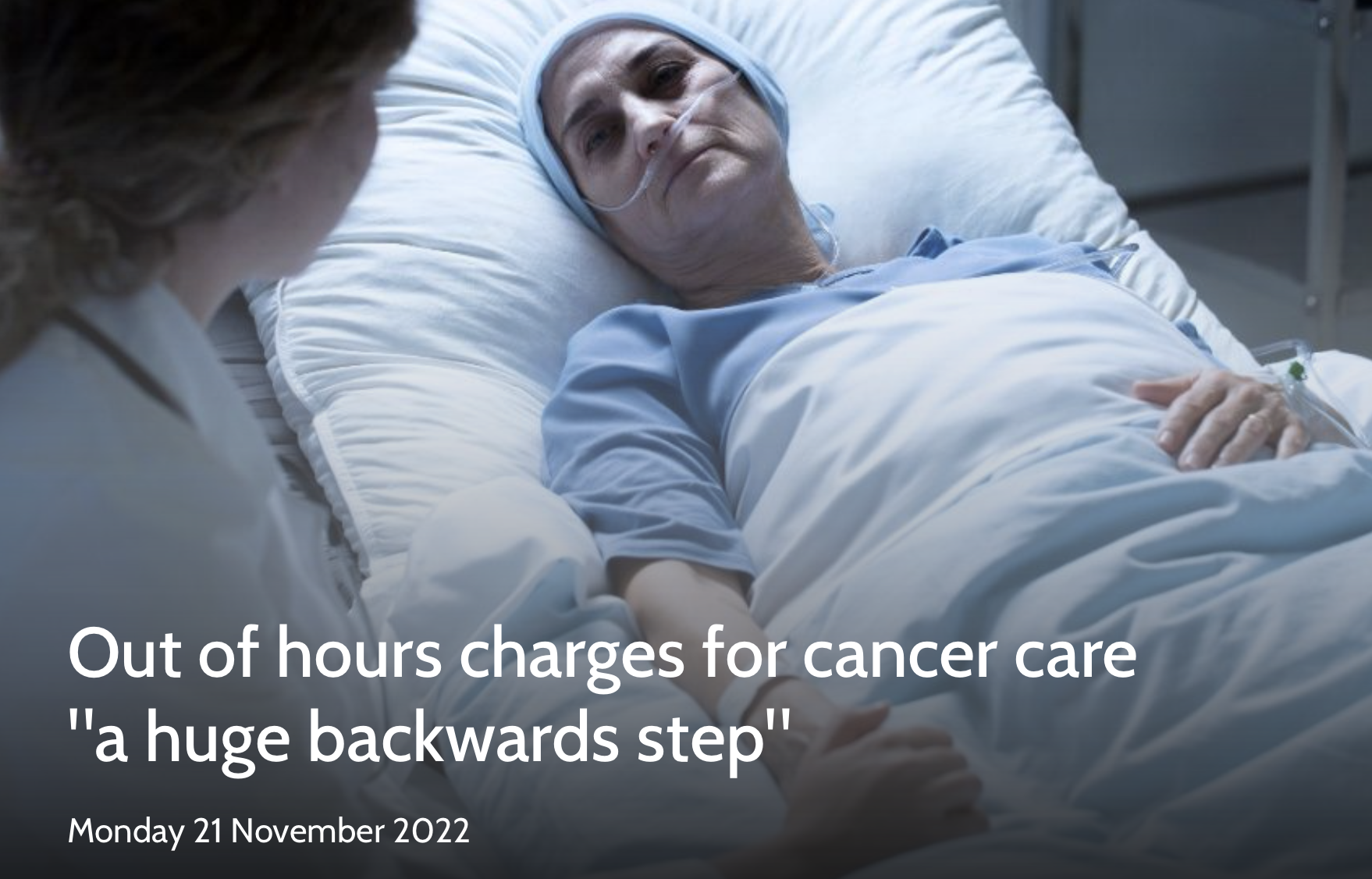 Patients requiring emergency cancer treatment, or treatment to side effects of their cancer care, overnight or at weekends - when Bulstrode Oncology Unit is closed - were previously treated free of charge at the Emergency Department.

Community groups Health Equality for All (HEAL) and Guernsey Cancer Alliance have been lobbying politicians to intervene since they became aware of the change.

Mike Read, Chair of HEAL, told Express that representatives of HEAL and the GCA were not told of the change in charging policy before the letter was sent out during the summer.

"Senior nursing staff and other HSC representatives are regular attendees of our bi-monthly meetings," he explained. "It is therefore disappointing that the opportunity of discussing this policy change in advance with cancer charities and patient support groups was missed." 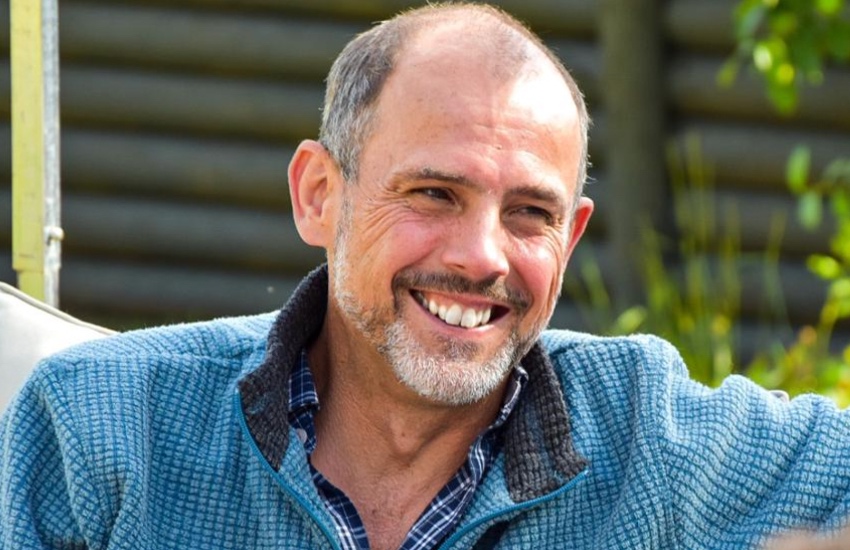 Pictured: Mike Read, Chair of Health Equality for All (HEAL).

Mr Read yesterday emailed HSC and Deputy Brouard to ask for clarity on the charges and the comments Deputy Brouard made in the States, saying "they appear inconsistent with our understanding of the situation.

"It is clear from the correspondence we have that cancer patients are not now exempt from ED treatment charges in a policy flip/flop that seems more about a perceived inequity of charges with patients suffering from other chronic or acute conditions, rather than the actual cost to HSC."

Mr Read was later offered some clarification on the charges levied by the ED at the PEH. But he still wants cancer patients to be exempt from all ED charges.

He said "...I have had sight of the following clarification from HSC which says, 'If someone presents at ED within 48 hours of discharge from Hospital [either the PEH or mainland UK], no charges are applied, if the presenting condition is related to that admission/ episode of care.'

"It would seem reasonable and equitable to suggest that cancer patients should also be exempt from ED charges for a minimum of 48 hrs following discharge from treatment at the oncology unit, aligning with an existing 'policy'?

"Whilst there remains a significant risk of some patients experiencing life threatening side effects as a result of their treatment beyond 48 hours this could be a starting point for discussions between HSC and the GCA." 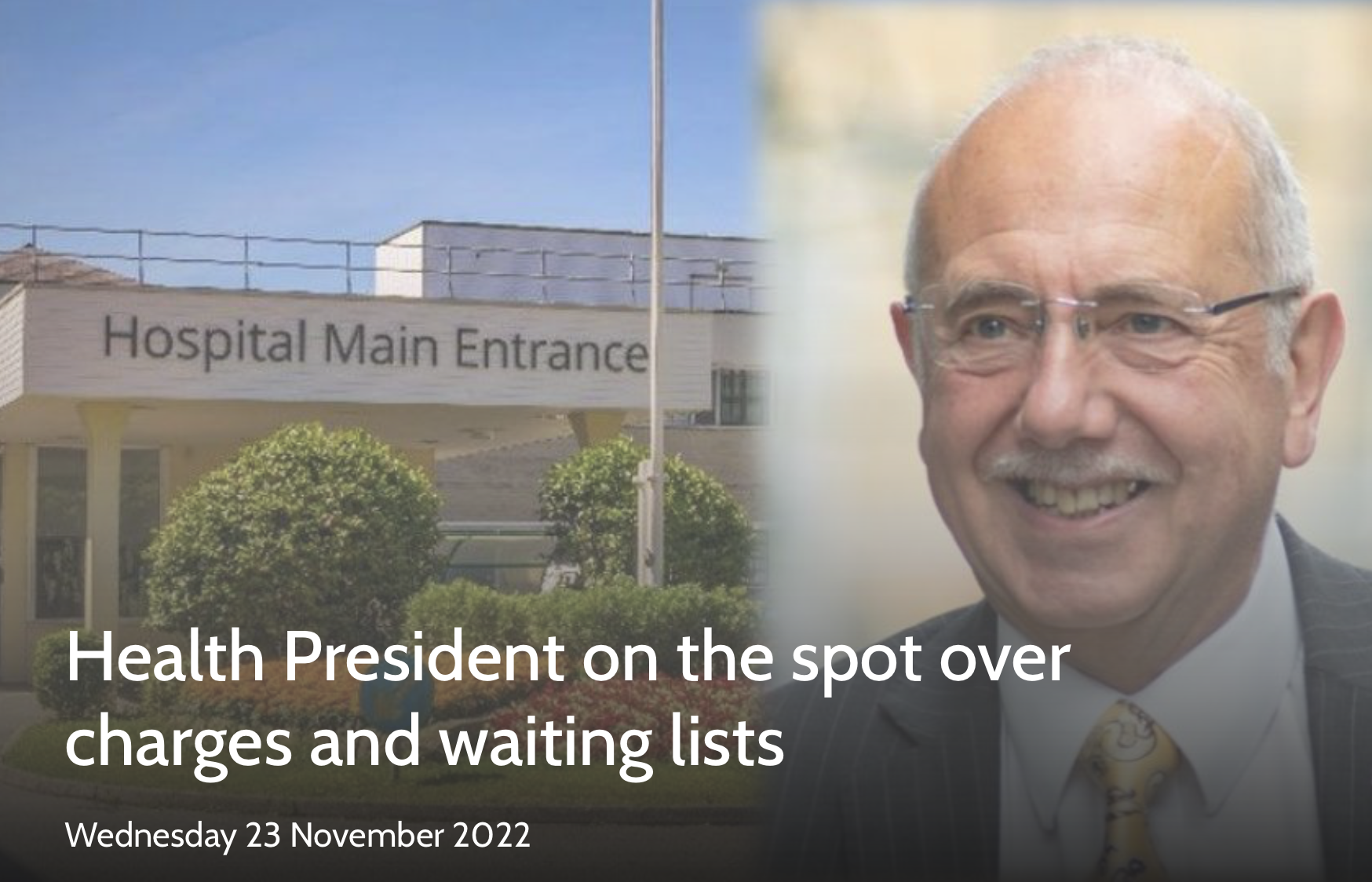 The President of the Committee for Health & Social Care, Deputy Al Brouard yesterday defended the charges, saying that the system is “neither fish nor fowl” with a “complex” and shifting line between which services are free and which are charged.

He went on to note that “a lot of people have darkest times” and that individuals would only pay a consultation fee, up to £380, should they not have insurance, at A&E. He added that “unfortunately that’s the reality of the system we have".

The treatment charges for cancer patients have been decried by many people since they were reported earlier this week.

A petition calling for a reversal in this policy is attracting hundreds of signatures an hour.

Health President on the spot over charges and waiting times

"If something is not right then see a doctor. If your doctor doesn’t help, see another one"