Cancelled: From concerts to virtual breakfasts 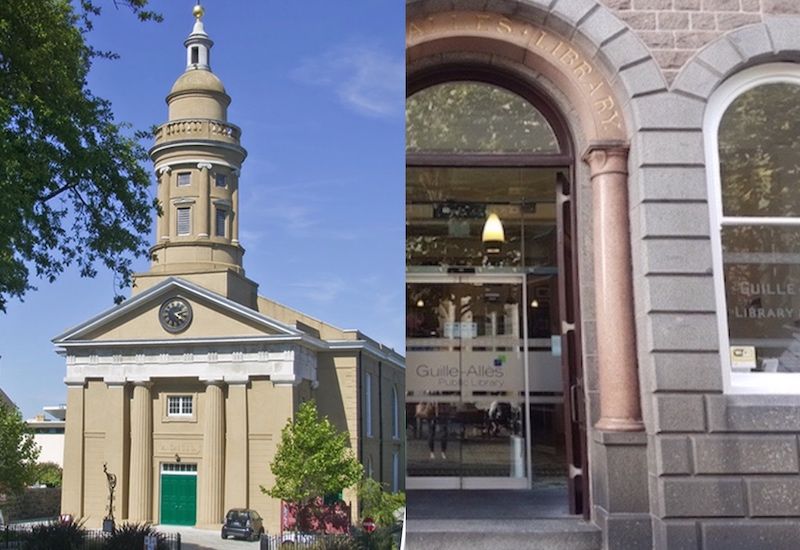 Cancelled: From concerts to virtual breakfasts

More events have been called off, with St James and Guilles-Alles Library among those postponing scheduled events.

Popular venues have been forced to cancel or suspend their planned events for the foreseeable future as concerns continue to rise over covid-19.

St James has postponed all events for the next six weeks and has stopped selling tickets for events scheduled to take place in the next three months.

"In light of the current situation St James has decided to postpone the events that were scheduled to take place between now and 23 April. We will also stop selling tickets for any events taking place before the end of June until we have further information on when we can re-open. All tickets will remain valid for the re-scheduled dates and refunds will be given if needed."

The venue had posted on social media last week saying that, in the event of cancellation, ticket holders will be "entitled for a full refund, including booking fee or transfer to the new date if the event is postponed, at no cost."

Having announced on Friday that all planned activities and events had been suspended "for the time being", the Guille-Alles Library has reiterated that it remains open for people to use and study in.

"Our staff are regularly cleaning returned books, computers and the self-service kiosks, and we continue to encourage frequent hand washing, with hand sanitiser stationed around the building and, better yet, soap and hot water in the bathrooms. We would also ask that you do not come to the Library if you are feeling unwell.

A reminder that all Library events and activities are suspended for the time being. We remain open for studying, browsing and borrowing.
Find out more about how we're responding to the current situation at https://t.co/ryYVRxtveb pic.twitter.com/RVFB5p3Pu9

"If you want to stock up on books, there's good news: we've increased the number of items you can borrow from 12 to 20. And don’t forget about our extensive collection of eBooks, audiobooks, digital magazines and other e-resources, all available for free through our website library.gg."

The annual Institute of Directors mid-term breakfast sponsored by Carey Olsen which was due to take place on Tuesday 17 March has been postponed.

Initially, the IoD said it would broadcast the event digitally in the form of a virtual meeting.

However, it has become clear that business "have a lot of work to do this week to ensure business continuity" and so do the panellists who had been booked to head up the meeting.

Following the latest advice issued this morning by the States of Guernsey @Govgg, the @IoDGsy has decided to postpone tomorrow's IoD Mid-Term Debate sponsored by @CareyOlsen. You can find out more here: https://t.co/GCmAjAr2lr pic.twitter.com/WsZSRCiiTn

IoD Chair John Clacy said: "The IoD is mindful of the burden on our civil services and business and we are cognisant of the current priorities. Nonetheless we remain steadfast in representing members' wider concerns about travel, education and economic diversification. We will be continuing the conversation with members and business to align their ongoing priorities for Government."

And Guernsey Police has postponed the centenary event it had planned for 21 April.

Head of Law Enforcement Ruari Hardy said it was important that the force concentrates on its responsibility to keep the Bailiwick safe and secure.

"This organisation's first responsibility is to the people of Guernsey," he said. "If we are in the middle of a public health emergency, it would not be appropriate for Guernsey Police to hold this event at this time."

Guernsey Police has earmarked 12 October as a provisional alternative date.