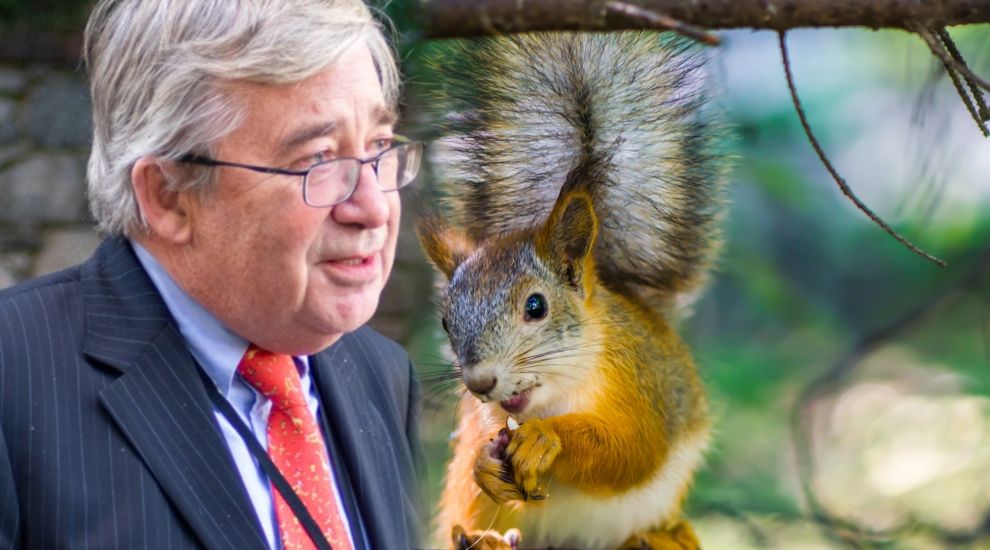 A call has been made to help introduce the endangered red squirrel to Guernsey - however it is unlikely to happen any time soon.

The red squirrel population, which is native to the UK, is dwindling and warnings have been sounded that the creatures could become extinct in the next decade.

The 140,000-strong population in the UK is now severely outnumbered by the estimated 2.5 million grey squirrels that have become commonplace since being brought over from North America in the 1800s.

With Guernsey free of grey squirrels, Deputy John Dyke has suggested that the island would be the ideal place to foster a population of the endangered species. 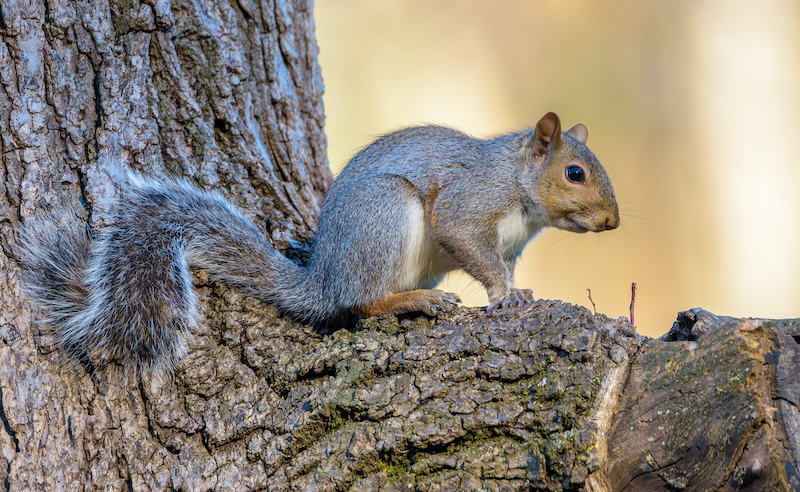 "I am delighted to see [Guernsey's] invasive species regulations and note that they ban the pesky grey squirrel," he told the States yesterday.

"My question is would Deputy [Lindsay] de Sausmarez and her committee [Environment & Infrastructure] consider an appropriate tree planting programme on the island, coupled with the introduction of red squirrels, which are a much-endangered species in the UK."

From the perspective of looking after Guernsey's biodiversity, the E&I President was not convinced that squirrels of any kind would be welcomed into the island habitat.

"Squirrels are a highly contentious issue - whether red or grey - in biodiversity circles," said Deputy de Sausmarez. "What I would say is that while they may be indigenous in the British context, I am not aware of any evidence to suggest they are indigenous to Guernsey.

"I know there is some nervousness to the idea of squirrels of either colour being introduced." 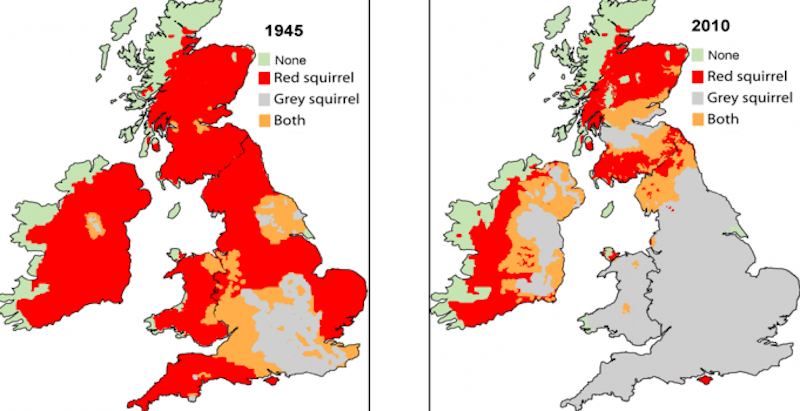 Pictured: Red and grey squirrels' distribution in the British Isles in 1945 and 2010, which show the grey squirrel overtaking the red squirrel (Credit: Craig Shuttleworth/RSST).

Deputy Dyke's question was met with some amusement in the States' chamber and the E&I President admitted she would be "speaking beyond her level of qualification" if she tried to answer it in too much depth.

Instead, she offered to introduce Deputy Dyke to local experts who know more about this subject.

"Although I completely agree that in the British context red squirrels are a wonderful thing that need to be supported, especially in relation to the grey invaders, I think there is some concern about what their introduction would mean in the Guernsey context," she added.

Campaigning deputy says partial ban on weedkiller is "a half measure"

Guernsey’s invasive species plans to be shared with Jersey students