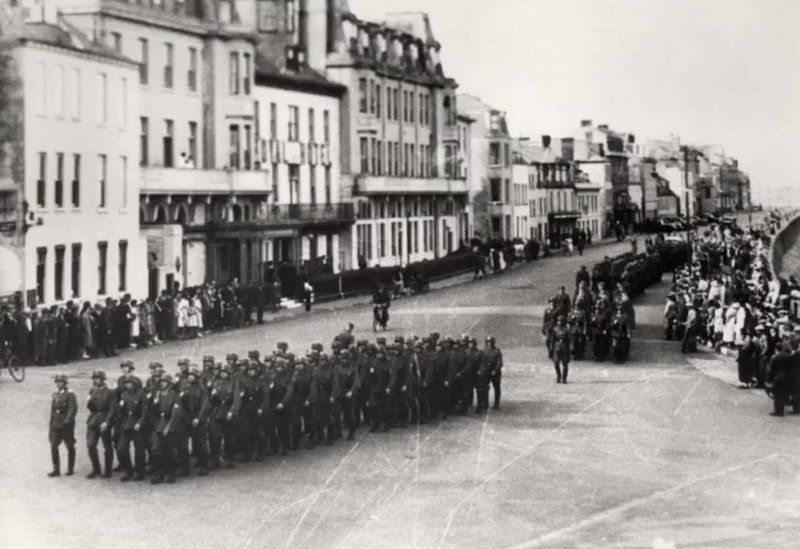 The States' senior committee has vowed to "make every effort" to secure justice for anyone who was wrongly punished by the judicial system during the Occupation.

The commitment comes following Rule 14 questions from Deputy Gavin St Pier, in which he asked if P&R would prepare a policy letter recommending a statutory pardon for police officers convicted for stealing food from German forces in 1942, and any other islanders involved in petty crime of a similar nature during the Occupation.

The policemen at the centre of this case were sent to Nazi prisons and concentration camps across Europe, where they experienced debilitating conditions and, in many cases, lifelong physical and emotional damage.

In response to Deputy St Pier's questions, P&R President Peter Ferbrache confirmed his committee "is looking at this issue to explore all options, with the aim of reporting to the States this year."

The Chief Minister stopped short of saying his committee would seek statutory pardons.

"It is too early at this stage to commit to what the form of response might be," said Deputy Ferbrache. "These matters are complex, particularly where any cases relate to convictions which remain criminal offences in modern times. 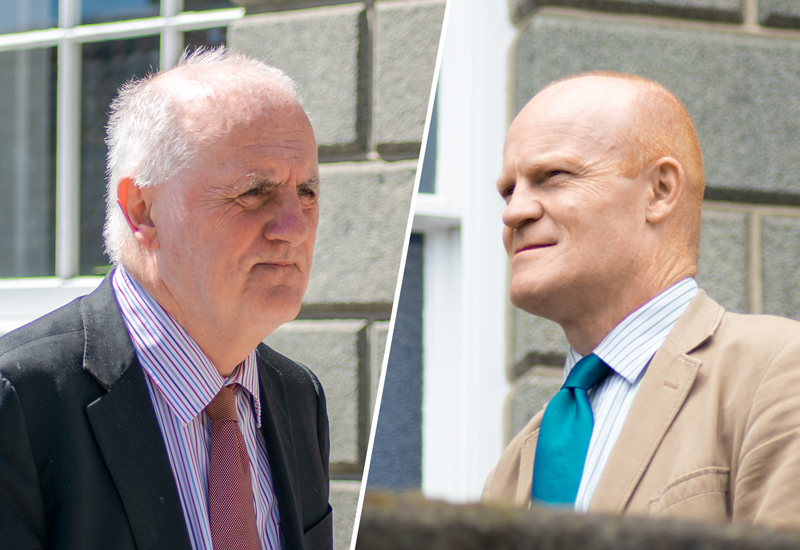 Pictured: Deputy Gavin St Pier (right) has posed questions in the States' Assembly and in writing to his successor as Policy & Resources President, Deputy Peter Ferbrache.

"In this particular case, the convictions have been reviewed through judicial processes including referral to the Judicial Committee of the Privy Council, the highest court of appeal for the Bailiwick."

External Affairs Minister Jonathan Le Tocq expressed a stronger view, saying time had not - and would never - heal injustices that have festered for decades.

“I feel very strongly that we must find a way to recognise publicly cases where islanders who were put through the judicial system during the Occupation faced injustice in process, sentencing or both," said Deputy Le Tocq.

"Many people today consider that they were wrongly punished and their reputations wrongly tarnished for the rest of their lives and some were caused physical harm. I’m grateful to the families of the police officers who have recently shone a light on this part of our Occupation history. 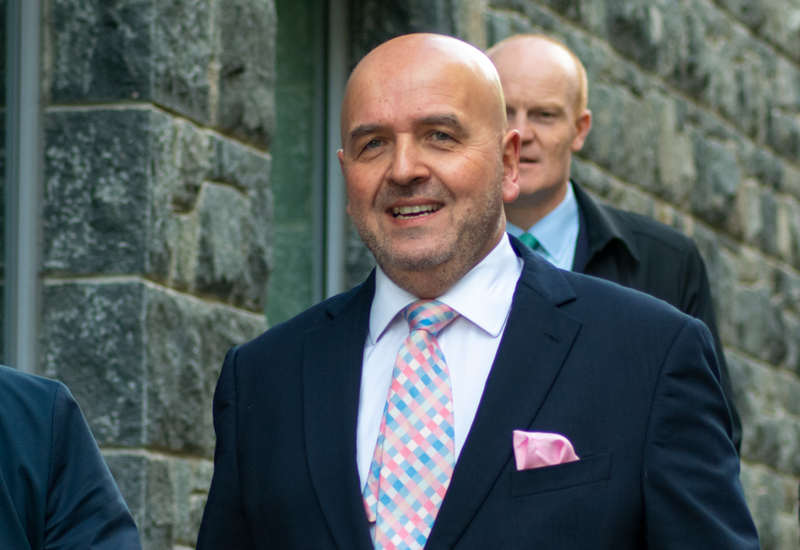 He continued: "It doesn’t matter that decades have passed: for those families, and for many other Islanders, the passage of time does not undo the wrongs that took place and if there is still an opportunity to right them in some way, we should make every effort to do that.”

It is a cause that Holocaust historian Dr Gilly Carr has been fighting and campaigning for. In a letter yesterday, which was penned in response to being trolled by Deputy Chris Le Tissier over being 'non-local', she said now is the time to face up to those injustices.

"Every other formerly occupied country in Europe has had to face up to wrongdoings during its dark past," she wrote.

"Jersey did this in 1995 under former Bailiff Sir Philip Bailhache. Why should Guernsey be exempt? It’s time to face up to the uncomfortable truths of the past, and I will help as much I can."

From Guernsey to California, via Biberach

FOCUS: One orange for Christmas