Calls for 'unity' ahead of World Cancer Day 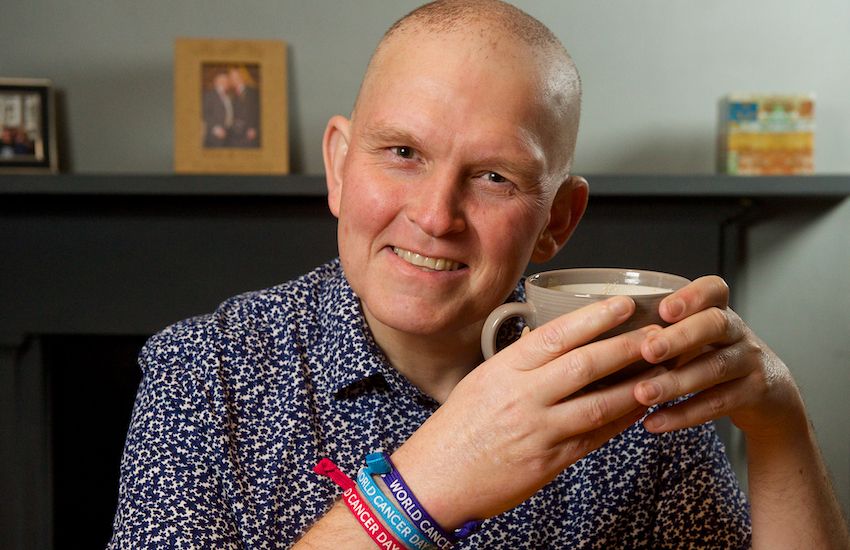 Calls for 'unity' ahead of World Cancer Day

A reporter, radio presenter and friend to many people across the Bailiwick, who is fighting cancer for the third time, is urging everyone to get ‘armed’ to fight cancer.

Gary Burgess (44) wants as many people as possible to wear one of Cancer Research’s UK Unity Bands on World Cancer Day – the day he finishes his chemotherapy.

The former Guernsey resident, who is now based in Jersey has what he calls ‘five nasties’ in his lungs, trachea and oesophagus, and has had to put his work on hold since November to undergo chemotherapy.

Gary was first diagnosed with testicular cancer, which spread to his chest and lungs, in 1999. He was treated with chemotherapy and all was well until 2015 and 2016, when tumours were found in his lungs.

Treatment seemed to have dealt with the problem once again and a routine scan at the beginning of 2019 showed no sign of any problem. However, 10 months later Gary was shocked to discover five tumours had emerged.

“For it to have come back 20 years later is very, very unusual,” Gary said. “And for it to return again in such a sudden and aggressive way, set alarm bells ringing."

Hey blog fans. I know your weekend wouldn’t be complete without a cancer update from me. Here goes: https://t.co/NHP3l5HaSG

He also started a Chemo Diary sharing regular updates about his treatment and says he has found writing cathartic.

Within a week, Gary had seen an oncologist and although surgery wasn’t an option, doctors said they were confident they could treat the new growths with chemo, which started almost immediately.

The early days were an emotional rollercoaster, Gary admitted, with tearful moments prompted by everything from the kindness of friends to the John Lewis Christmas advert.

However, he chose to focus on a practical approach, finishing the Christmas shopping, cancelling a planned holiday, sorting out insurance and arranging the technicalities so he could watch Netflix in hospital.

“I decided to go ‘public’ about the cancer partly because it’s my nature to be open,” Gary explained. “But also, I was getting increasingly tired of explaining to people, one by one, what was happening.

“The response has been overwhelming - support, love and practical help from friends, colleagues and strangers, and of course from my husband Alan.” 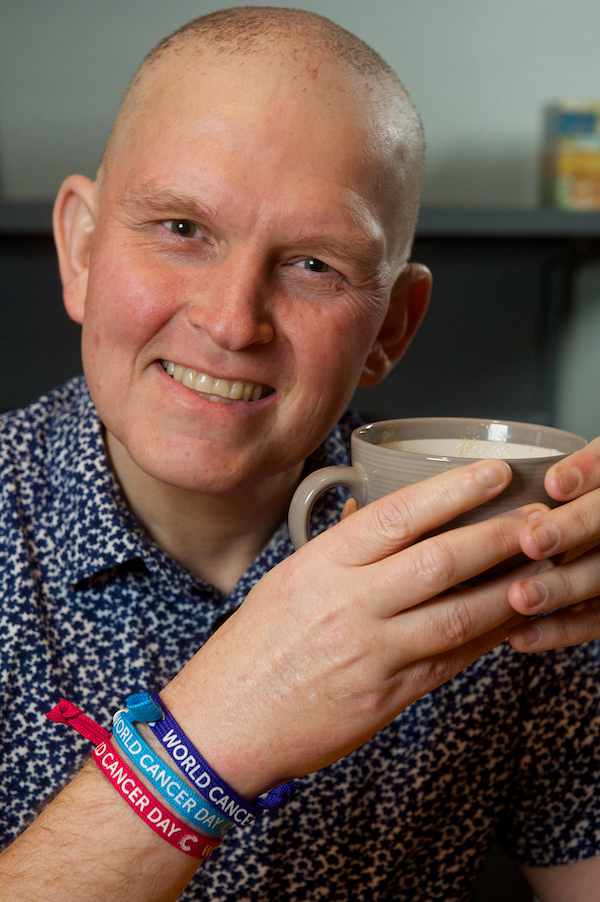 Pictured: Gary wants everyone to get 'armed' against cancer on Tuesday.

He is now calling for islanders to support him and other patients in the Channel Islands by backing Cancer Research UK’s campaign for World Cancer Day and wearing a Unity Band on February 4.

The Unity Bands are available in three different colours – pink, navy and blue. The charity says they are intended to be a visible sign of solidarity with others diagnosed with cancer and help raise funds for the charity’s life-saving research.

Gary himself has benefited from the charity’s research. His chemotherapy, which he describes as infusions of “chemical goodness”, includes cisplatin, a drug Cancer Research UK helped develop and ran clinical trials on.

“It’s thanks to research I’m still here today and that my cancer can be treated,” he said.

“I’d love it if everyone in the Channel Islands could show their support on World Cancer Day and help Cancer Research UK tackle this devastating disease. Just by wearing a Unity Band we can all make a real difference to people with cancer.”

“Our research has played a role in developing eight of the world’s top 10 cancer drugs,” Lynn Daly, Cancer Research UK spokeswoman for the Channel Islands, added.

“Our researchers are working every day to find new ways to prevent, diagnose and treat the disease. But we can’t do it alone. By making a donation of just £2 for a Unity Band, people will be funding world-class research to help more people, like Gary, survive. Together, we will beat cancer.”