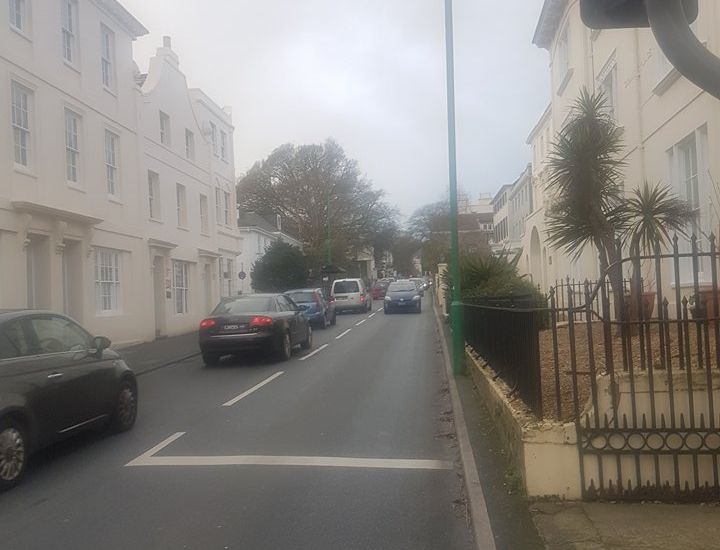 The Grange will be two-way again from today, after roadworks in the area were completed ahead of schedule.

However, the road works were marred by motorists breaking the temporary one way system which had been put in place to maintain health and safety along the busy road as engineers worked in trenches between two busy junctions.

In a statement released on Thursday 11 January, the States of Guernsey's Traffic and Highway Services team said works in the road had been completed ahead of schedule. The asphalt which was laid that afternoon was still drying but the road was expected to be open in both directions to traffic from early Friday 12 January.

The road had been one way downhill from the Doyle Road traffic lights to the junction with Upland Road since the previous Sunday so repairs could be made to street lights in the area. Engineers had to work in trenches to access some of the electricity cables meaning traffic had to be diverted away from thew road works.

However, some motorists didn't abide by the temporary one way closure, with others speeding through the road works.

In a statement posted publicly on Facebook, Traffic and Highways Services asked for more caution and warned Guernsey Police were handing out fines to motorists breaching the restrictions.

A number of 'on the spot' fines were handed out by Guernsey Police to van drivers, car drivers and motorcyclists who were caught flouting the rules by driving or riding around the No Entry signs and against the one-way system.

Traffic and Highways Services says it hopes the message was clear and the safety of road workers will be taken more seriously in future.

"Helping people to cope with the effects of crime"