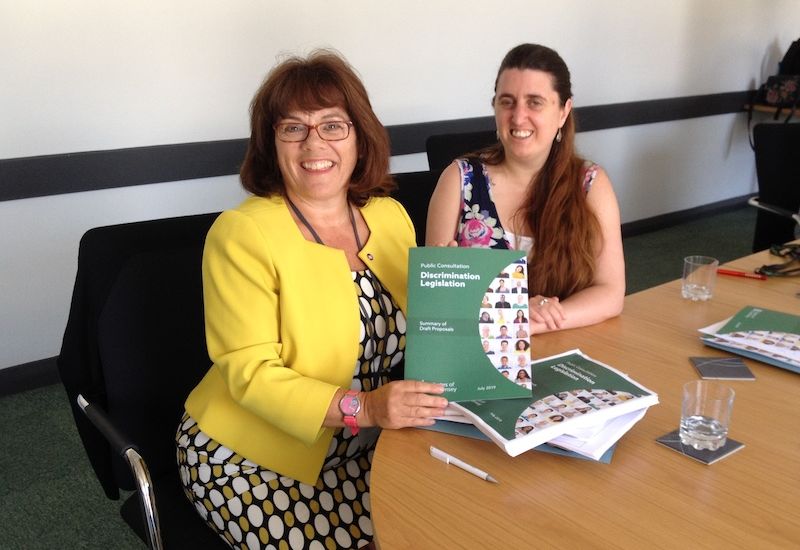 Ambitious plans for multi-ground discrimination legislation are dead in the water and will have to be "re-focussed" following "polarising feedback".

Employment & Social Security President Michelle Le Clerc made the announcement in the States this afternoon.

ESS has long trumpeted the need to address discrimination in society and put forward draft proposals for consultation earlier this year.

The proposals were hit with several hammer blows by the business community, and the polarising response has led ESS to admit defeat with its current plans, which will now be downscaled.

“Our draft proposals received a massive, but mostly polarised, response," she said.

"Some people and organisations strongly support the Committee’s proposals, while others strongly oppose. The Committee is of the view that the proposals, in their current form, would be highly unlikely to obtain the majority support of the States due to concerns, primarily coming from the business community, that the proposals are not proportionate for Guernsey and will place the island at a competitive disadvantage.

"The Committee cannot countenance wholesale rejection of its proposals. The Committee, therefore, will use the very short time left in this political term to refocus its efforts on a more limited scope in the grounds of protection."

“It is important to understand that much of the most challenging and critical feedback is related to disability discrimination. Addressing this alone will require a substantial commitment of time and resources. However, we promised that we would introduce protection on the grounds of disability (including for carers of disabled people) this term, as our core priority. The committee will press ahead with discrimination legislation of grounds of disability, but will have to narrow its definition of that.
“I know this will be disappointing news to some of our stakeholders, but we remain committed to this work. We will re-focus on the delivery of a reduced set of proposals which, if approved, will create a strong foundation for future expansion by the successors of the current Assembly.”

ESS will bring proposals to the States by no later than April 2020, for legislation to protect disabled people and carers of disabled persons from discrimination.

Employment & Social Security also intends to press ahead with protection on the grounds of race, religious belief and sexual orientation, as the consultation has indicated that this can be done with only minor modifications to the proposed approach outlined in the consultation document. However, this will be contingent on making sufficient progress in respect of disability and carer status.

For the time being, work will be suspended on the other grounds of protection which were included in Employment & Social Security’s draft policy proposals which were published in July 2019, namely: age, carer status (in relation to parents), marital status, pregnancy or maternity status, sex, and trans status.