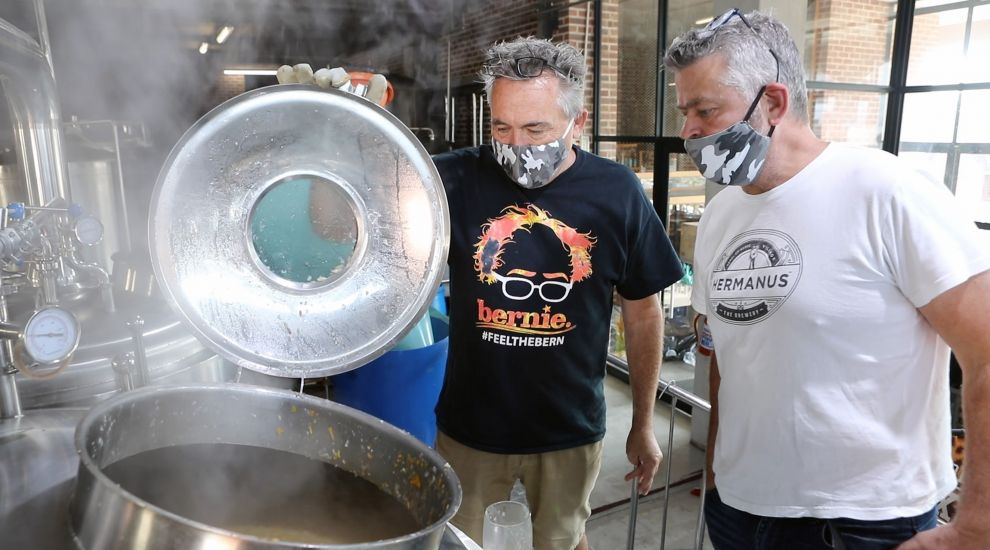 A Guernsey charity has helped to turn a South African brewery into a soup kitchen, feeding tens of thousands of people every day during the pandemic.

Woodstock Brewery was forced to close when the health crisis reached Cape Town, and owner Andre Viljoen realised that the economic impact would be "devastating" as the city effectively shut down. However several weeks in, he decided that his brewery could still be put to good use.

"About three weeks in I went to go and help a friend in his soup kitchen. Pretty much then, I realised that we have the ability to cook large amounts of soup very efficiently," he said.

"Our pots are insulated and steam-heated, so we have large, safe cooking vessels. And obviously the processes for brewing beer requires equipment to be very clean. So with a re-jigging of our workflow, we've managed to cook very large amounts of soup."

Guernsey charity Goal50, who have many years' experience in food programmes, got involved with the 'outrageous but ingenious idea' to help townships that were reaching desperate levels during the pandemic. It has had an on-the-ground team in the Cape Flats for almost 20 years, and provided a distribution team to make sure the soup gets to where its needed most, at no cost to the project. This means that every cash donation can go directly to producing more soup.

Mr Viljoen estimates that the brewery's record for production is 15,000 litres - roughly 45,000 meals - in a single day. Around 2.5 million meals have been cooked in total so far, which have been served with a portion of bread and delivered to families all over Cape Town. Funding from the Overseas Aid Commission is used to secure fresh ingredients from local markets each day, and cover overhead costs where necessary. 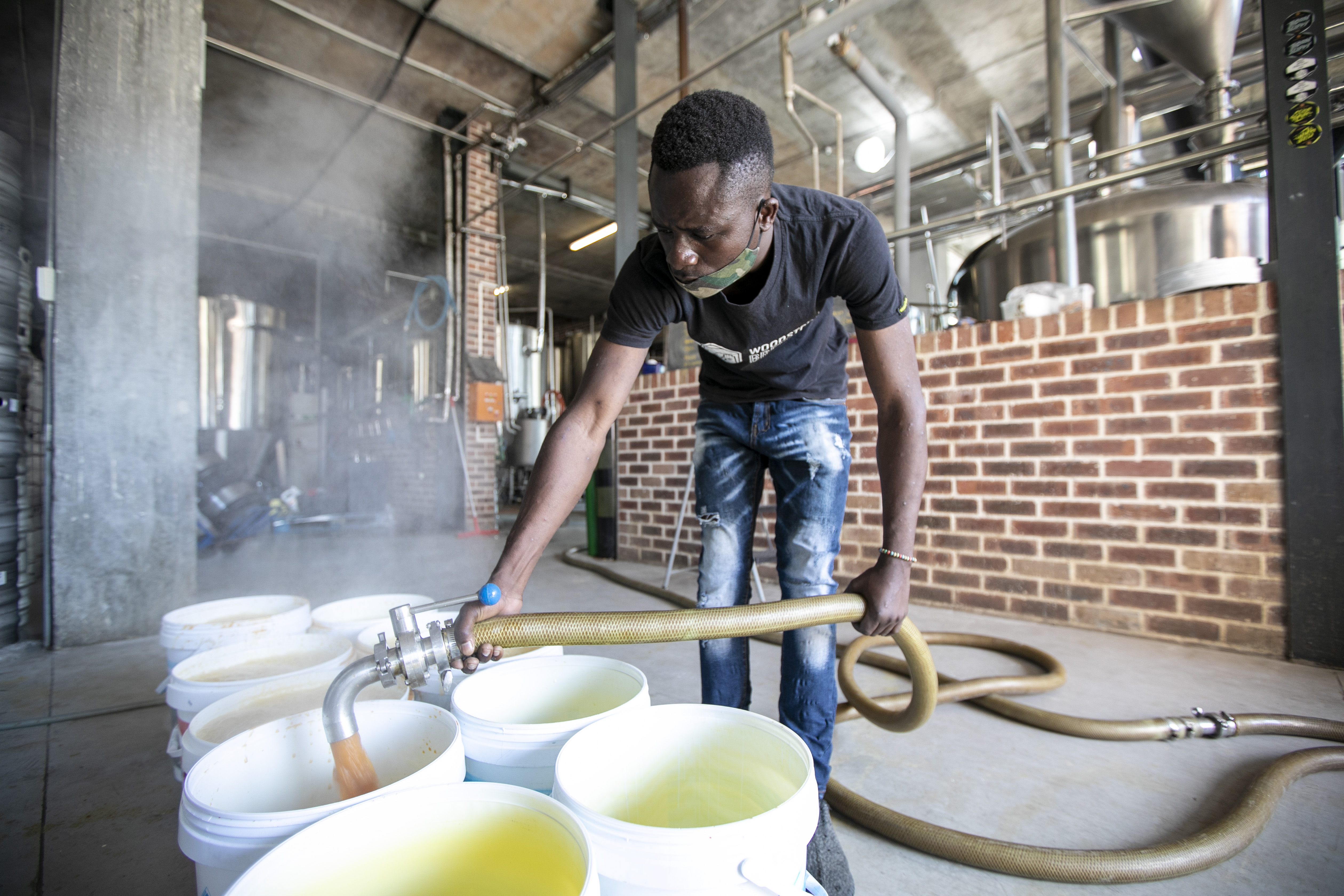 Pictured: A mixture of volunteers and staff have been using the equipment of Woodstock Brewery to provide soup for Cape Town citizens during lockdown.

"At Goal50, we refuse to accept that there is nothing we can do to feed the hungry," said Nigel Pascoe, founder of Goal50. "The charity has already made several emergency contributions, but we are profoundly grateful to Guernsey's Overseas Aid & Development Commission who have voted funds to this exceptional life-saving project.

This contribution equates to nearly 210,000 meals at two rand per portion of soup and bread."

The brewery has since been able to resume selling alcohol, but Mr Viljoen still sees the need for his service, and they have committed to carrying on until the end of the year. He also has plans to continue long after the brewery resumes its normal functions.

"As a long term thing, working with our non-profit partner, we are looking at opening a permanent facility where we can use all of these things to make low-cost nutritious meals to support feeding schemes in schools and things like that," he said.

"A lot of children go without a main meal of the day, and to learn and study on a hungry tummy is impossible. If you think about the importance of food being there at the time of brain development of children, it's crucial, and a lot of people are really struggling at the moment. So this is where we've really been able to commit and make a difference."

The brewery is one of many projects supported by Goal50 to 'bring a sense of community in the townships.' Volunteers and employed staff provide sports coaching, arts projects, other feedings programmes, child care and job-screening across South Africa. Donations towards the charity's various projects are being taken on their website.

Guernsey's Overseas Aid & Development Commission distributes States money to charities undertaking development and humanitarian work in some of the world's most poverty-stricken regions.

Overseas aid scaled back due to "financial uncertainty"