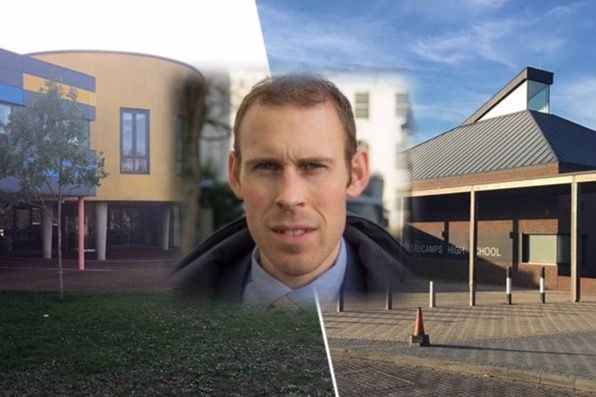 Education has been given the green light by the States Assembly to move ahead with its £157m. reforms for secondary and post-16 education.

Education's proposals for one-school across two 11-18 colleges, the creation of the Guernsey Institute, the rebuild of La Mare de Carteret Primary and investigations into using Les Varendes as a community hub have all, subject to further financial checks by Policy & Resources, been approved.

The only amendments to the original proposition were to task P&R with ensuring that the proposals are delivered in a way that represents value for money, and a commitment that facilities for learners with Special Educational Needs & Disabilities [SEND] will not be dictated by space requirements, rather that space requirements will be determined instead by their needs.

In an hour-long closing speech, Education President Matt Fallaize said nobody had put forward a credible alternative to his committee's education model, which would provide youngsters with the best platform for the future. 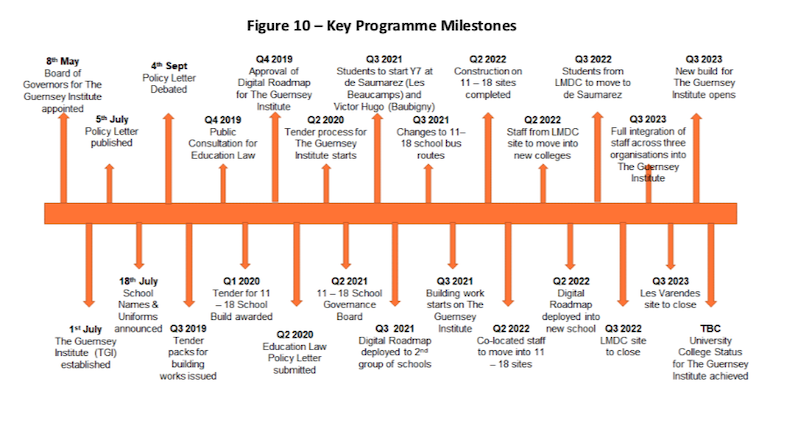 Pictured: ESC's proposed timeline for how its proposals will be implemented.

The main proposal signing off the expenditure on secondary school extensions at Les Beaucamps and St Sampson's was approved by 22 votes to 15, with separate subsequent votes for each of Education's requests for funding.

The full voting records for each of the seven propositions can be found here: https://gov.gg/article/169718/States-Meeting-on-4-September-2019 under 'Propositions & Policy Letters'.

A frank response from Fallaize