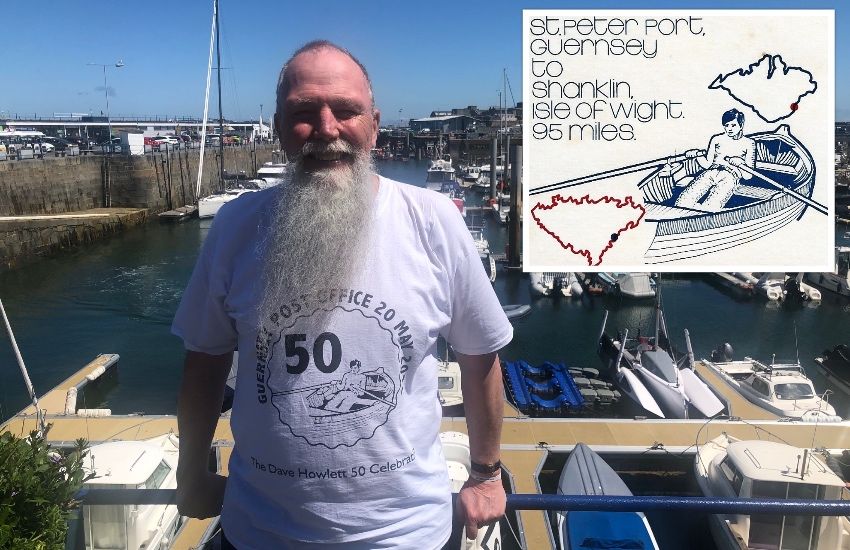 Friday marked the 50th anniversary of a man crossing the Channel, from St Peter Port to the Isle of Wight, in a homemade boat and one man has retraced the journey.

Bob White, from the Isle of White, will be undertaking the same journey, albeit by ferry, while raising funds for the lifeboats of both islands.

Mr White learned of Mr Howlett’s crossing when he came across a philatelic cover, which is an envelope prepared with a stamp and sent through the postal system for the purpose of creating a collectable item. 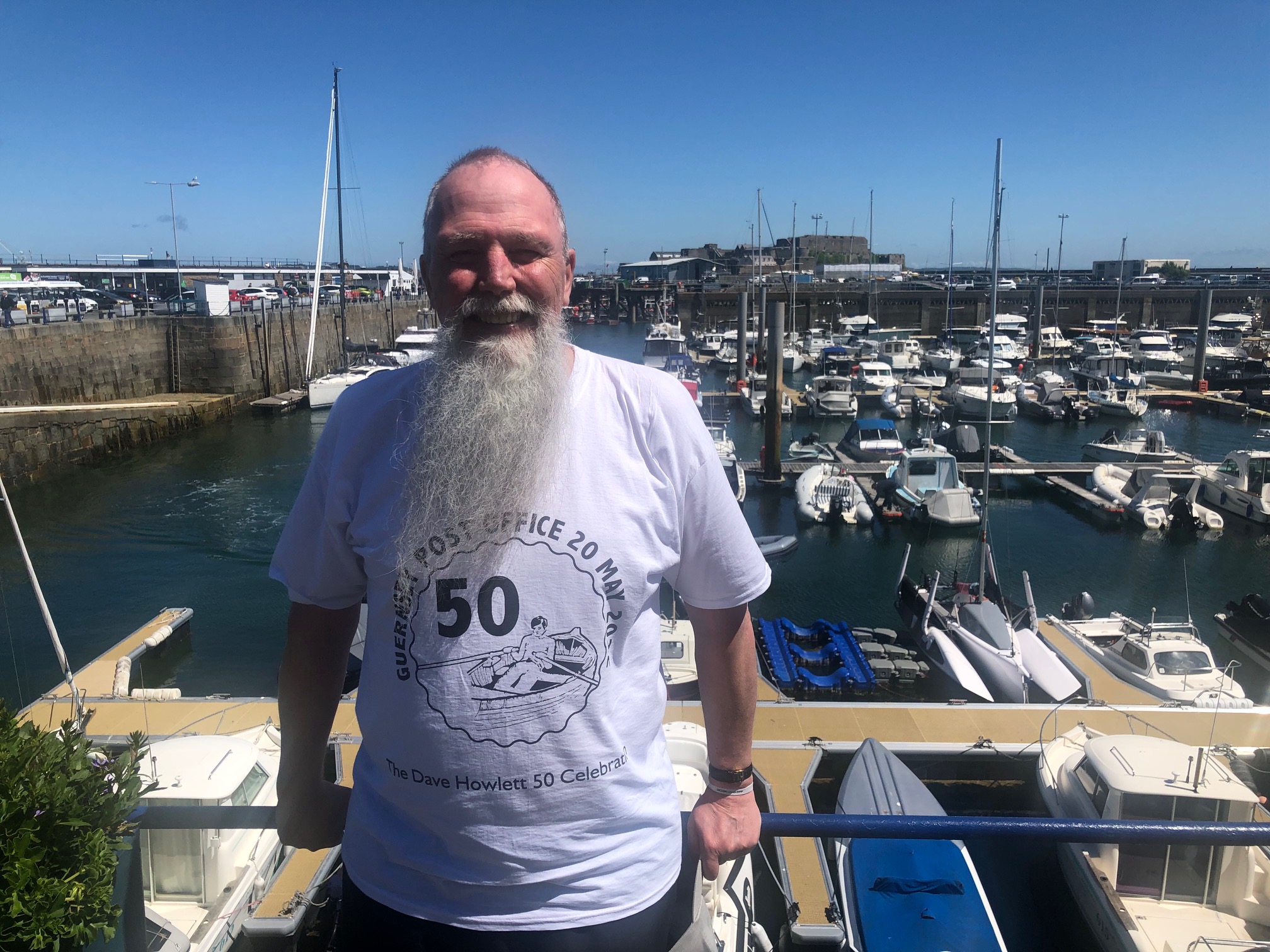 Pictured: Bob White had a commemorative hat and t-shirt printed for his journey.

“I saw the cover a few years ago and it crossed my mind again recently that the 50th year anniversary would be coming up,” said Mr White.

“I thought it would be fantastic to retrace the journey and I was delighted when Guernsey Post kindly agreed to make a handstamp to mark the anniversary. Proceeds from the covers containing the handstamp will be donated to both the St Peter Port RNLI and the Sandown and Shanklin Independent Lifeboat Station.”

Mr White does not have a boating background, but he saw “huge value” in raising funds for both lifeboat services.

“As an islander, I am always extremely grateful to know that the lifeboat service is available when needed and this was a fantastic opportunity to raise funds for their important work,” he said. 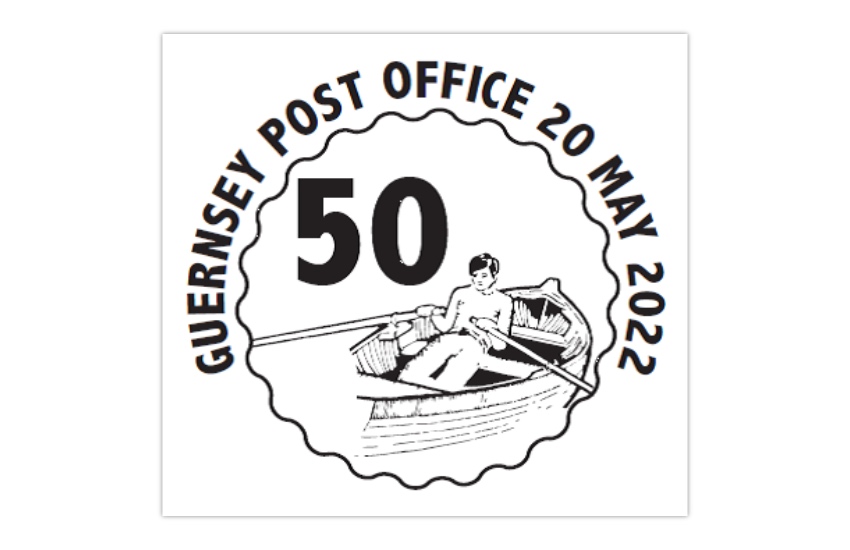 Mr White arrived in Guernsey on Friday where he collected the covers from Guernsey Post and visited Castle Cornet before returning on the overnight ferry to Portsmouth.

Before making his return journey he said: “What I will do on the journey is look out into the darkness of the water in the night and imagine how Dave would have been about 20 hours into his journey, in the dark, at the complete mercy of the English Channel.

“Hopefully, as well as raising funds for the lifeboats, people will be reminded of Dave Howlett’s story, which was an incredible accomplishment. He also did the reverse journey the following year, but unfortunately his boat sank off Alderney and he had to be rescued.” 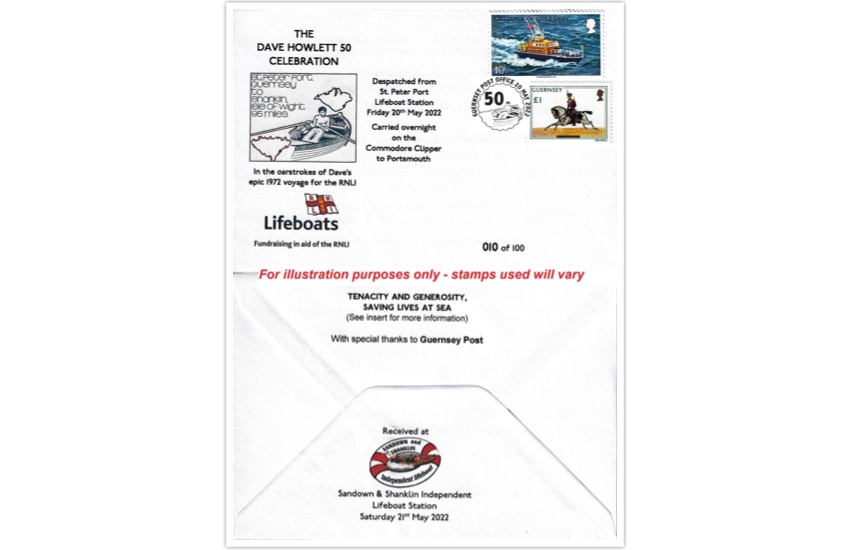 Pictured: An example of the covers which Bob White will be carrying on his journey.

Adverse weather conditions when Mr Howlett crossed to the Isle of Wight in 1972 meant that the final four miles had to be completed in a support boat, after he had completed over 90 miles in the busy shipping lanes.

Mr White completed the journey by visiting Carisbrooke Castle on the Isle of Wight as a “castle to castle” journey; before officially ending the trip at the Sandown & Shanklin Independent Lifeboat Station.

HistoryFest launches the start of castle season this weekend