Blue Islands could fly it alone if Flybe goes 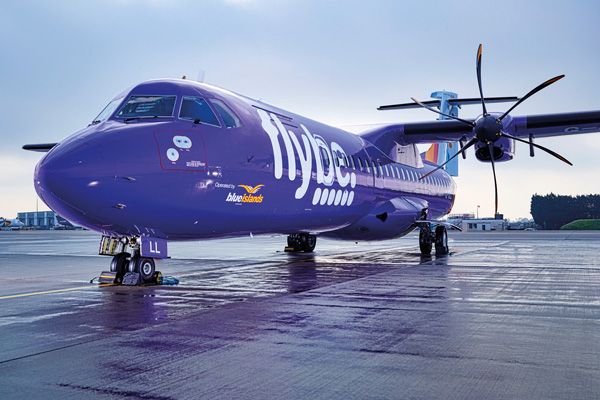 Blue Islands could fly it alone if Flybe goes

Blue Islands is assuring its customers it could continue to operate alone if Flybe is sold and the airlines' franchise agreement changes.

Flybe announced this week that it is up for sale, with national reports saying a number of potential purchasers are looking at taking over the airline.

Based in Exeter, Flybe's value has plummeted to below £25m., following a stock market crash and its announcement it would be incurring at least a £12m. financial loss this year.

With its value nearly 10% of what it once was, the airline's board could be looking to offload the short-haul business, although it has previously stated it is "comphrensivoely reviewing" its finances. 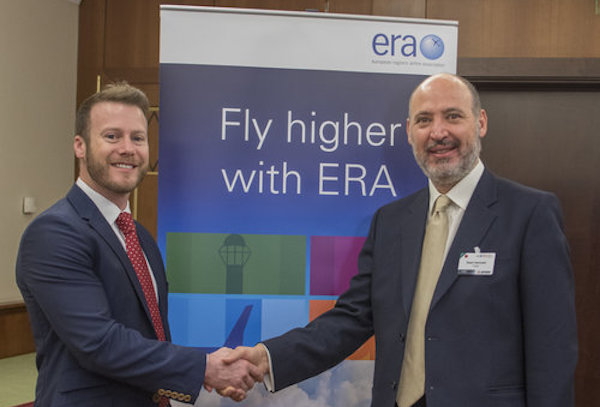 Blue Islands CEO Rob Veron and former Flybe CEO Saad Hammad. At the time two airlines made the deal, Mr Veron said they would continue to employ their own crew, undertake their own maintenance and manage their own handling arrangements.

Blue Islands, a local airline owned by Guernsey businessman Derek Coates, entered into a franchise agreement with Flybe early in 2016, aiming to take advantage of the larger airline's infrastructure. But if a purchase were to be made, that agreement could well be at risk, as no one can be sure if a new owner would continue the business on the scale it is operating at currently.

A spokesperson for Blue Islands said it is still wholly independent from Flybe, however.

"Blue Islands is a wholly independent, locally owned airline that currently operates as a Flybe franchise partner utilising the Flybe brand and sales channels and remains fully committed to serving the Channel Islands," it said.

"While we do not envisage a change to current arrangements, Blue Islands could market its scheduled services independently should it be necessary to do so. We continue to enjoy a good relationship with Flybe and will watch with interest the way in which this potential sale evolves."

Blue Islands did not comment as to how easy it would be for the franchise agreement to be ended. 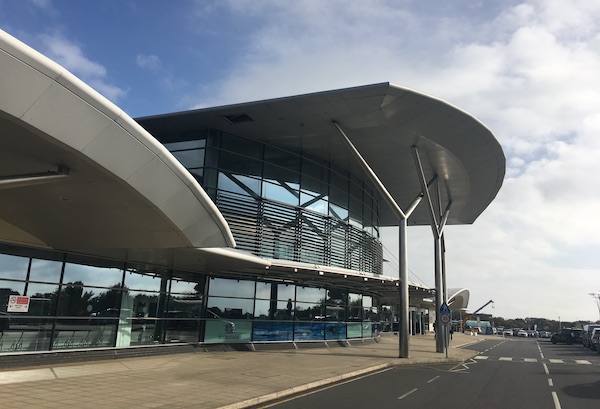 Blue Islands and Flybe combined are one of just two airlines that offer year round services to Guernsey Airport, with the other being Aurigny.

Flybe itself is one of the largest short-haul, regional airlines in Europe, and operates flights across the UK and the continent to and from second tier airports. But speaking during their financial announcement several weeks ago, Flybe CEO, Christine Ourmieres-Widener, said the troubles they were facing were not dissimilar from those other shorthaul airlines have.

It is blaming the need to consider a sale on these "tough industry conditions".

Already, nationally, Flybe has cut hundreds of jobs and loss making sites from its roster, and while the carrier has not confirmed if Guernsey or the Channel Islands are some of those loss making routes, they could be at risk in the future.

Pictured: Blue Islands planes were rebranded when its franchise deal with Flybe was struck.