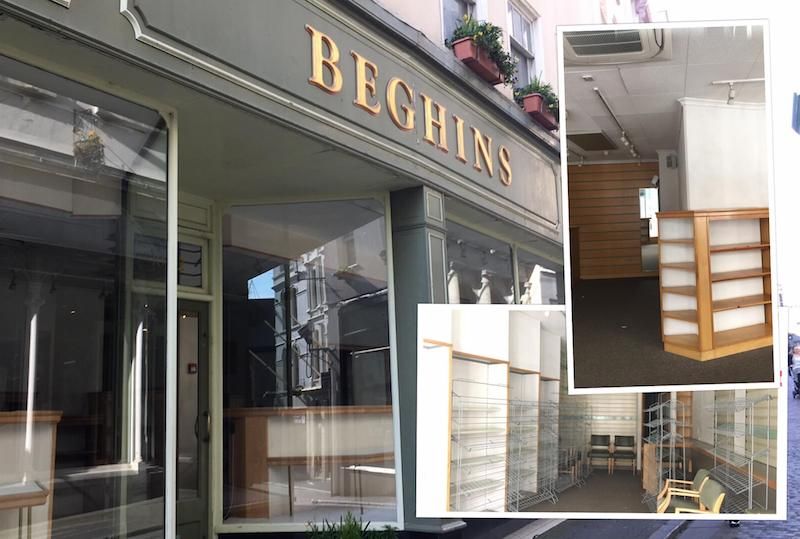 Highstreet shoe shop Beghins has suddenly cleared its store of stock and locked its doors after its owners' lease expired, leaving another unit in St Peter Port empty.

The shop was open for business yesterday (Wednesday) as normal, but never opened today. No note or sign was placed on the door explaining their absence.

This is potentially the latest in a long chain of retail outlets around Guernsey to have closed since New Years, with other larger shops like HMV also closing its doors for good. Express spoke to retailers about why this might be earlier in the week. 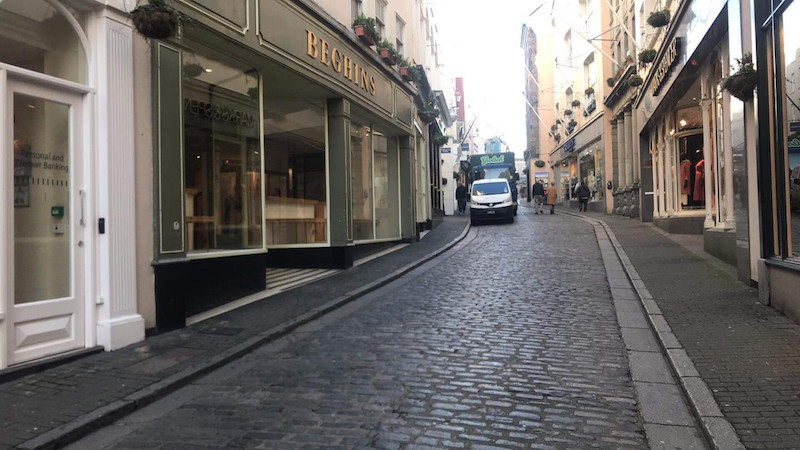 Beghins looks like the latest of shops to close its doors.

But Beghins is one of the more long standing shops in Town, touting a sign saying it was established in 1842 on its shop front.

A spokesperson for Pavers, who purchased the business 12 months ago, said they had not given up on re-opening the shop elsewhere on the island.

"We are disappointed to announce that Beghins Shoes Limited has been forced to take the difficult decision to close its business in the Channel Islands which will result in the closure of both its Jersey and Guernsey stores.

"Since the acquisition of the Beghins business in February 2018, we have attempted to negotiate with both of our Channel Island landlords to secure the future of the Beghins business in an incredibly challenging retail environment. Unfortunately, despite twelve months effort trying to agree new deals, neither landlord has been willing to engage in discussions which would have enabled us to take the business forwards. We have therefore been forced to take the difficult decision to close the business with immediate effect.

"We are bitterly disappointed that such a well-known and respected brand as Beghins will be absent from the Channel Islands, and we are deeply sorry to both our loyal employees and customers for the impact this will cause. Unfortunately, we are unable to keep loss-making stores open in the long term.

The spokesperson added that they were "actively looking for alternative locations on both islands and look forward to hopefully reopening in the near future."

Pictured top: Images taken through the doors of Beghins, which have been locked since this morning.