Beausie gets the Hollywood touch 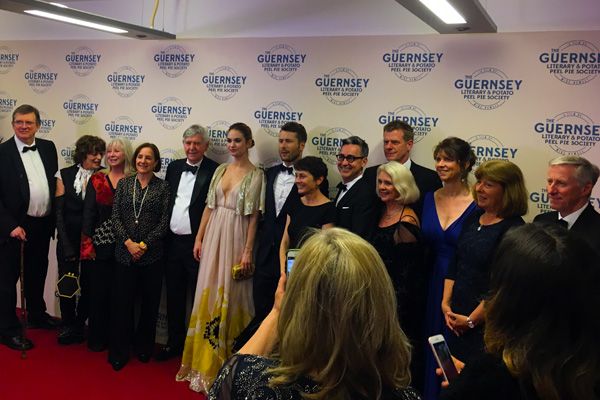 Beausie gets the Hollywood touch

Guernsey got a taste of Hollywood life last night, as the local premiere of the Guernsey Literary & Potato Peel Pie Society took place at Beau Sejour, with some of the film’s biggest stars and production talent walking the red carpet.

The leisure centre was packed with local guests who, after a red carpet reception, watched the film in the theatre.

But that was only after the talent, who had been visiting the island all day, walked the red carpet and spoke to the local media and visiting reporters including a pair from  Singapore. 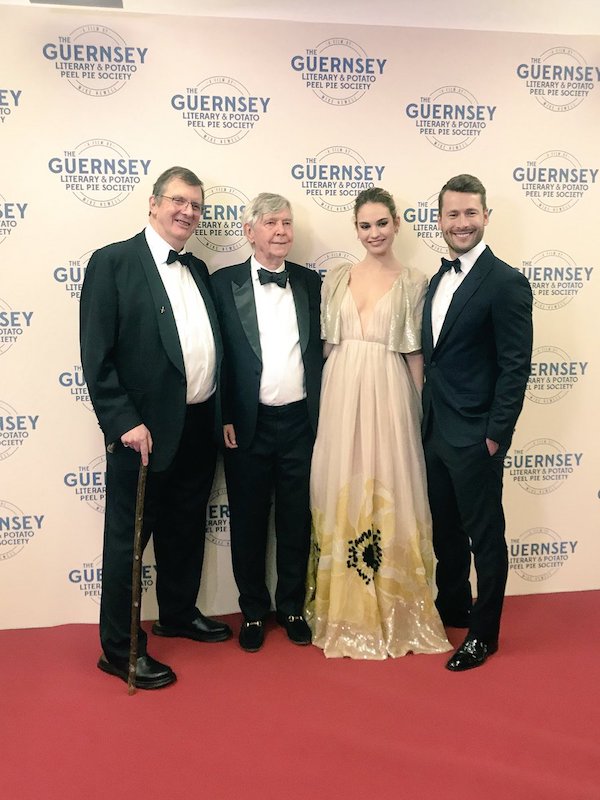 “It’s so exciting, I’ve really been waiting for this moment for such a long time. The spirit of this film is totally Guernsey – it’s all about this magical place – and today walking round the island, its breath taking, its more beautiful than I even could have thought and its lovely to be here,” Lily James, the film's leading actor who plays Juliet Ashton, said on the carpet.

“I was in exactly the same place as my character really, just discovering this part of history that is really unknown and shouldn’t be.”

“Lily really cares about this island and wants to do this story justice,” Glen Powell, playing Mark Reynolds, said.

“We’ve had such a good time today, everyone has been absolutely wonderful and I was not expecting this type of reception! Everyone looks incredible and it’s a great feeling to be here.”

“We all are so happy to be here,” Ms James added. 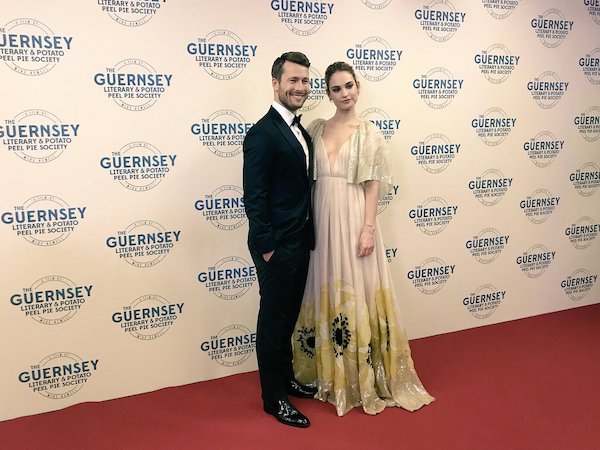 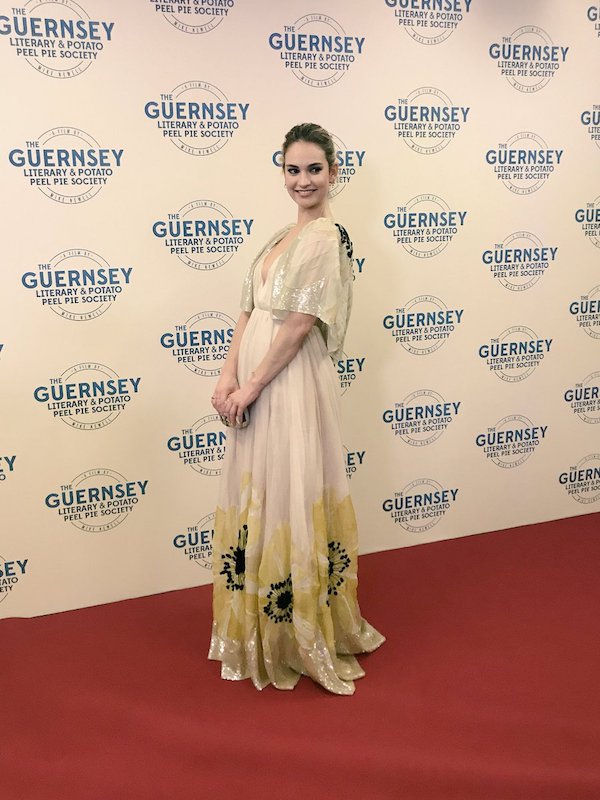 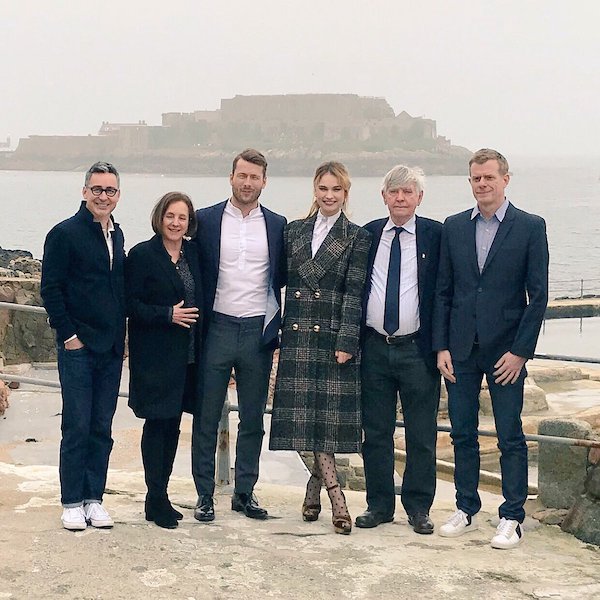 Pictured: The stars of the film in Guernsey

Ms James, Mr Powell, and Sir Tom Courtenay attended the local premiere as co-stars of the film, and they were accompanied by Director Mike Newell (Harry Potter and the Goblet of Fire, Four Weddings and a Funeral), Producers Paula Mazur and Graham Broadbent, Writer Thomas Bezucha and co-author and niece of author Annie Barrows.

“A couple of things made this story so special – I think it’s an untold story, and I think it’s an untold story particularly about  women and a fascinating story about a society of people with those who tried to get on with the Germans and those who absolutely did not, and that creates an emotional stress which is quite an attractive quality for a film,” the Director, Mr Newell said. 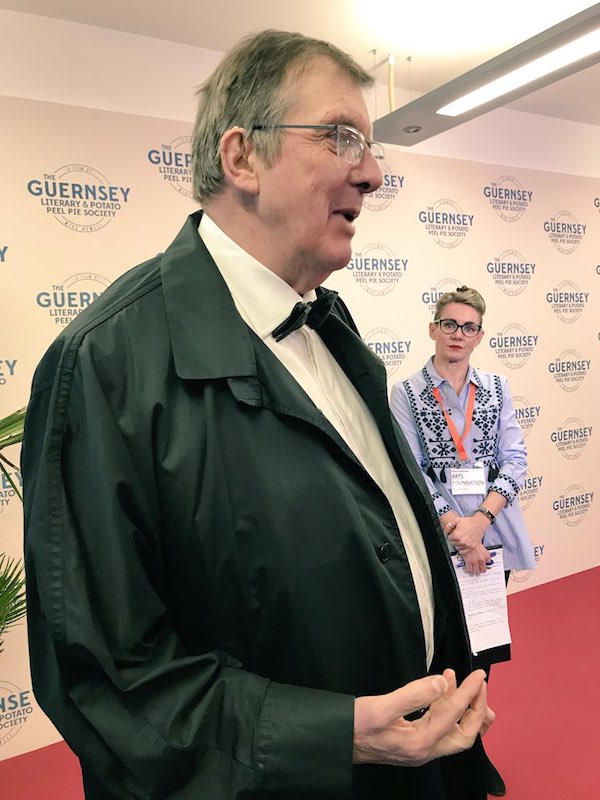 To prepare for the film, Mr Newell said they had a huge room, around the size of the Beau Sejour mezzanine, filled with art, newspaper cuttings, items and stories from the Occupation, all of which was used to both inspire and directly influence filming.

He already had a prior knowledge of the Occupation, and said it was their job to try and do the story justice.

“There isn’t much of ‘what was’ left, so we were going to have to create it, and what you will see tonight is not a literal translation of Guernsey – we were worrying that people would be made angry by the fact the harbour isn’t exactly the same as it was, but I really hope people think we did it justice.

“The premiere being here is very exciting for us as well, it is really is wonderful.” 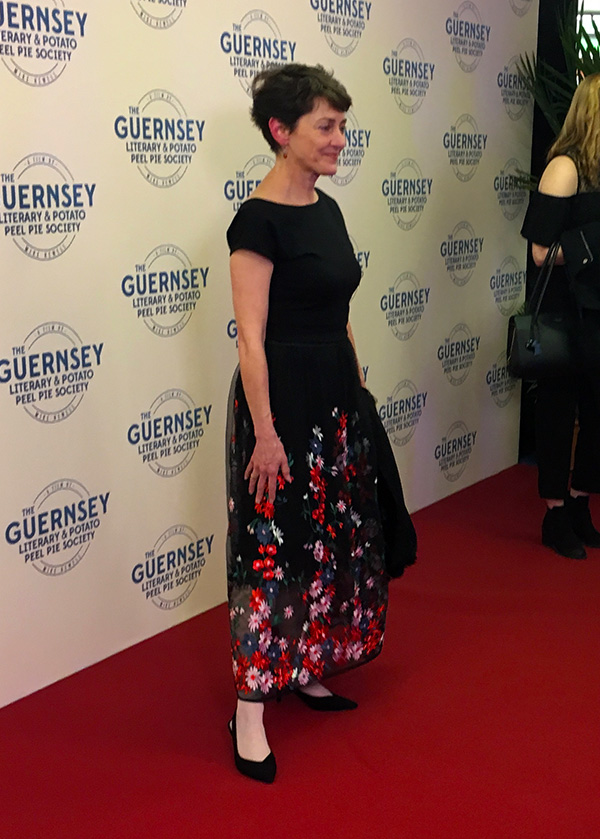 Producer Paula Mazur has been with the Potato Peel Pie Project for 10 years now, seeing it go through a number of studios and scripts to where it is now. She said the angle the story took was incredibly special and a unique angle on the war, and that was why she had pursued it all this time.

“I think over the 10 years it took to make this we have got to really decrypt the story and get to the deepest part of each character. I feel we have really managed to make the film very personal and hopefully people love it.”

Ms Mazur added that she adored Guernsey and was delighted to be able to attend a local premiere.

Tom Bezucha, the script writer, said it was certainly an interesting project to work on with the book itself being epistolary. "With so many characters and so many story threads I think the first thing I had to do was work out what would work for the film," he said.

"I boiled it down to the core story of an orphan finding a family, and I think it worked out really well. I absolutely love the book, and this being my first adaption was very exciting. I definitely feel vindicated by the final product, I feel like I achieved what I wanted to - I hope everyone else agrees." 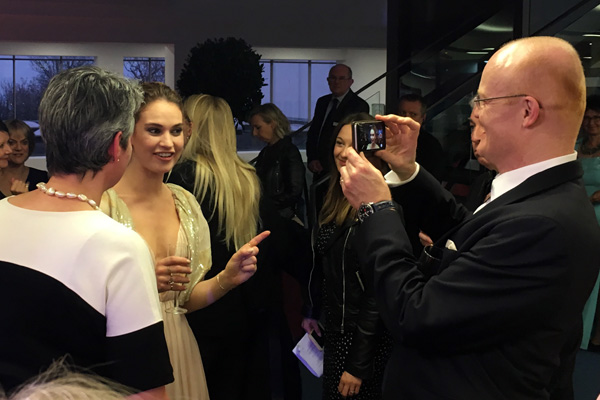 “Unexpected” success for Back in Vraic