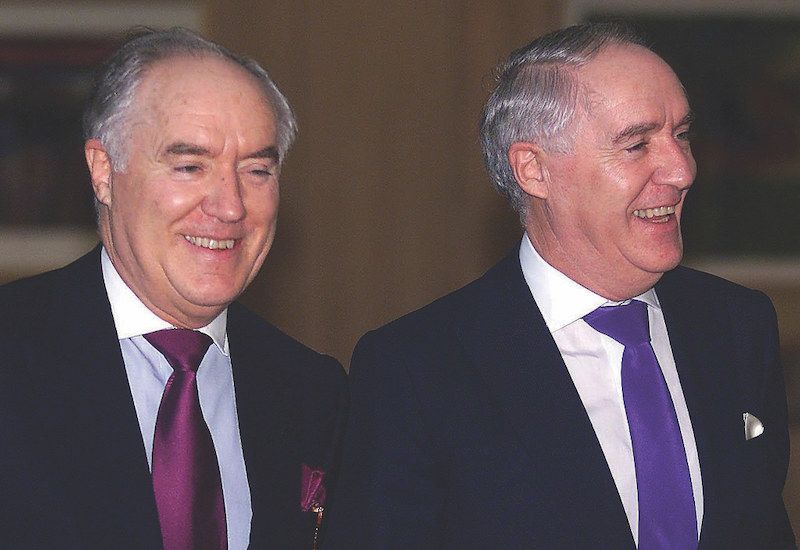 The nephews of Brecqhou twin Sir Frederick Barclay have defended their decision to bug the Ritz, with one claiming he only did so over concerns his uncle’s conduct would hurt the family business.

The legal battle over the alleged ‘bugging’ between media mogul Sir Frederick Barclay and the three sons of his twin, Sir David Barclay, is currently being considered by a UK High Court.

The matter came before the courts when Sir Frederick and his daughter, Amanda, started legal action alleging misuse of private information and a breach of confidence.

Each of the three sons, and one of their children, were the respondents, alongside a Barclay Group board member.

Last month, Sir Frederick released CCTV footage showing his nephew Alistair Barclay, allegedly installing a bugging device at the Ritz Hotel in London - which was sold to a Qatari investor earlier this year.

Two of the nephews - Aidan and Howard Barclay – then retaliated by issuing a public statement, which took aim at their uncle, Sir Frederick, accusing him of undermining the family businesses and distressing their relatives.

They also suggested that they would be pursuing counteraction against their uncle.

In the latest step in the legal battle, Sir Frederick Barclay’s nephews have filed a written defence at London’s High Court.

According to national media reports, the defence claims Alistair installed a bugging device without the other defendants being aware of it.

It also states the defendants believed it was “necessary and reasonable” to bug the Ritz as a result of their concerns over their family business interests.

“The actions we took were the result of serious concerns about aspects of Sir Frederick’s conduct and were taken in the belief that they were necessary and reasonable to protect the Barclay group’s business interests from potential damage,” the document states.

The defendants rejected Sir Frederick’s claims that the recorded conversations had been used to sell the hotel or damaged his economic interests.

“We fail to see how Sir Frederick or Amanda can have suffered any economic loss as a result of the recordings,” the statement added. “They have produced no details to support their claims in those respects, and we are applying to court for those claims to be struck out.”

The statement further claims the recordings were never meant to be made public with the defendants agreeing Sir Frederick and his daughter are entitled to general damages for breach of confidence, misuse of private information and breach of data protection laws.