Not quite a 'baker's dozen' 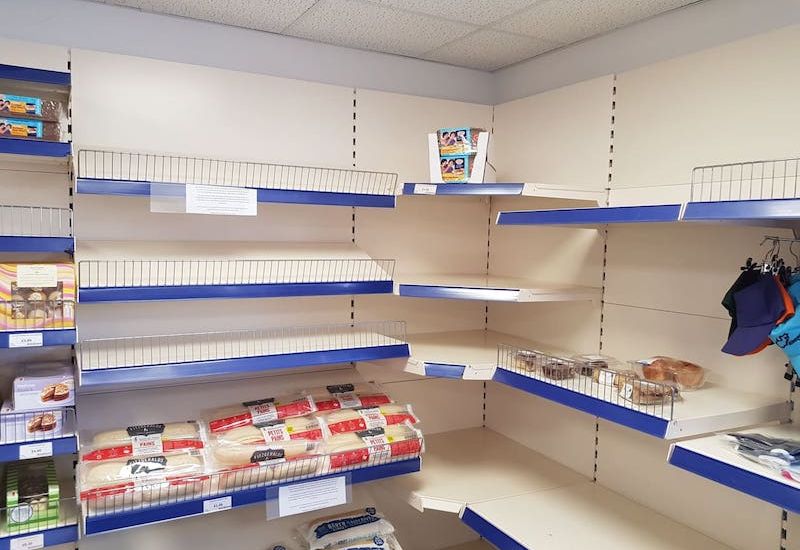 Not quite a 'baker's dozen'

'Panic-buying' shoppers have caused a shortage of bread in Alderney following the closure of the popular Hot Bread Shop.

The island retailer shut its doors ten days earlier than expected, which left some local shops having to up their bread orders to meet demand.

With just one boat carrying food from the UK per week, island residents have been stocking up their bread bins early.

"People have panicked," said Hannah from Jean's Stores. "I had one bloke come in last week and buy ten loaves."

Many of the shops, including Jean's Stores, put their orders in several weeks in advance which made it difficult for supermarkets to cope with the bread demand which came earlier than expected.

"Everybody came and bought more than they actually needed and caused a shortage," Hannah continued. "I got Waitrose to bring me some more over, but it is calming down now."

Jean's Stores has started stocking more bakery products as a result of the Hot Bread Shop's closure, and is urging local residents not to 'panic-buy' them.

Crowdfunding to save Alderney's campsite

The "true value" of the Southampton-Alderney route