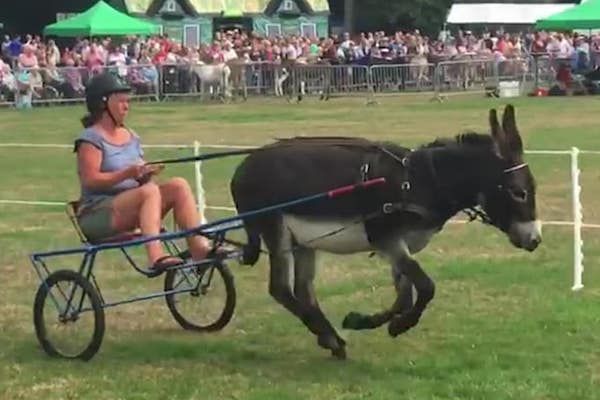 The 50th Anniversary of the annual Lions Club Donkey Derby took place on Saturday and reluctant 'volunteer' Jess Mauger took to Harry the donkey in the sulky race on behalf of Express against three other media organisation representatives to ultimately be crowned champion.

The sulky races are when the donkeys have a seated chariot attached to the back to pull riders around the course and the media trophy is one of the much anticipated annual events.

Reporter for Express, Jess Mauger said: "Bailiwick Express were delighted to be asked to take part in the media race this year as the new 'news' kids on the block. I was really nervous as really didn't know what to expect, but turned up for the heat excepting that one race to be my debut and my finale, but I ended up winning my heat!"

Mrs Mauger was pitted against Charlie Frost from Channel Television in the first heat and won with Harry being a pretty feisty and fast donkey. Miranda Griffin from BBC Guernsey won her heat against Maisie Foote from Island FM, which left Bailiwick Express and BBC Guernsey to go head to head in the final. 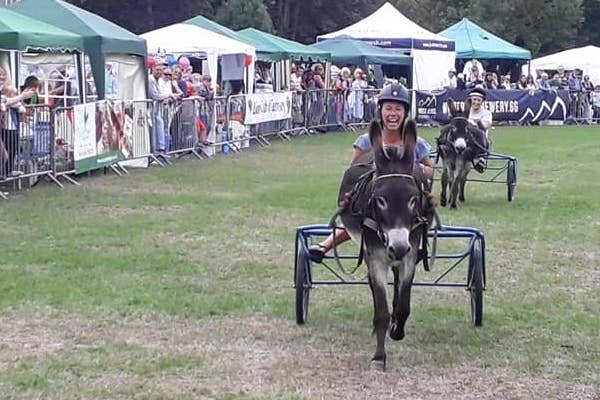 Pictured: Bailiwick Express crossing the finish line in the first heat ahead of Charlie Frost from Channel Television

Mrs Mauger said: "Once I had won the first heat and I knew what it was all about I really wanted to win for Bailiwick Express and was lucky in the final coin toss to be able to pick Harry for the final race."

The 50th Donkey Derby was a huge success overall with the inclement weather proving perfect for such an event meaning the stadium and surrounding charity stands and attractions were packed.

Express will be presented with the trophy by the Lions Club of Guernsey soon and we are delighted to be able to have the first trophy to display in our St Peter Port office!

The story behind our paper

And the winner is....the School of Popular Music!