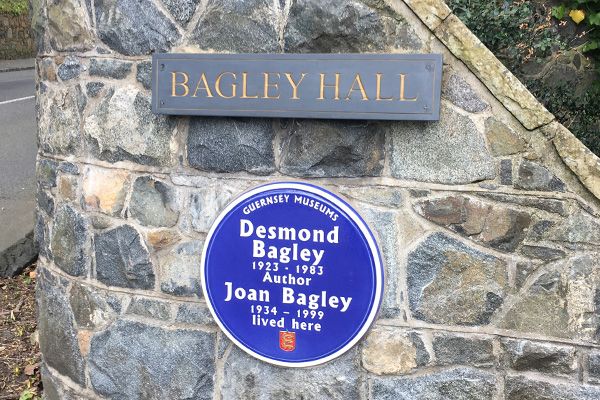 Desmond Bagley was a journalist and novelist who is most famous for his series of international best-seller thrillers. Joan became her husband's manager and assistant.

After moving to Guernsey in 1976 the Bagleys actively supported and contributed to the community through La Societe Guernesiase, the GSPCA and Guernsey Fencing.

"For those of you not aware the Blue Plaque project has been our way of commemorating those people who have made a significant contribution to our society," Sir Richard (below), said.

"This is the second one we have awarded for a literary contribution. But most importantly these cannot happen without a nomination or the consent of the people with the properties, so thank you to the Mourton's for their support." 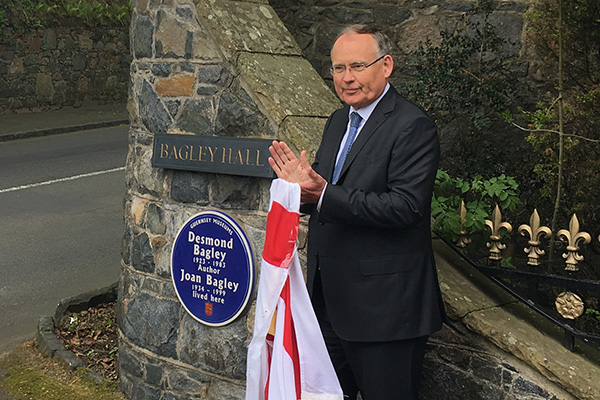 The plaque was being unveiled to coincide with two events at this year's Guernsey Literary Festival a 16:00 on the 10 May featuring a lecture by Bagley biographer Phil Eastwood followed by the opening of the Bagley Exhibition. Both events will be held at the Guille-Alles Library.

Mellisa Mourton, who lives at Bagley Hall now, and made the nomination for Mr Bagley and also gave permission for the plaque to be put up.

"It is befitting that such a prominent author and his wife, whose contributions to the island were significant, are commented with a Blue Plaque," she said.