Baby seal dies after being shipped to Guernsey for emergency care 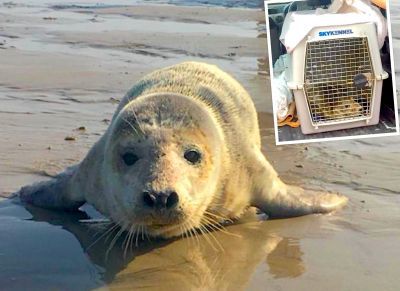 Baby seal dies after being shipped to Guernsey for emergency care

A tiny and "very poorly" seal pup found stranded without her mother on a Jersey beach has died after receiving emergency care at Guernsey's animal shelter.

Iris, a grey seal, had been fighting for her life since being found by a dog walker at La Braye slipway on Wednesday. Her state left vets "puzzled", as she weighed just 15kg - three times less than a seal her age should have done.

Marine mammal medics from the British Divers Marine Life Rescue Jersey team went to the rescue in St. Ouen with the island's coordinator; Donna de Gruchy, helping to escort the pup to New Era Veterinary Hospital, after being alerted by the dog walker.

Shortly after, Ms De Gruchy told Express that Iris was "completely out of season for callouts." "We would expect [baby seals] to be of a good size now if born late 2017 or early 2018, so it is dangerously underweight. It would have been a late one more than likely this year. The usual times for pupping are October to January."

It is unclear what happened to Iris, leaving numerous veterinary professionals "puzzled" by her condition. As well as being dangerously small, she was found to be wounded but it appeared to be an old wound which has now healed.

Ms De Gruchy explained: "Grey seal pups do have a hard time after weaning and some do take longer than others to establish a good and healthy feeding routine. They do have a high mortality rate with the stormy season they are usually born into."

After being assessed, having bloods taken and being rehydrated via tube, she was shipped to Guernsey in the early hours of Thursday morning by Iris Freight. 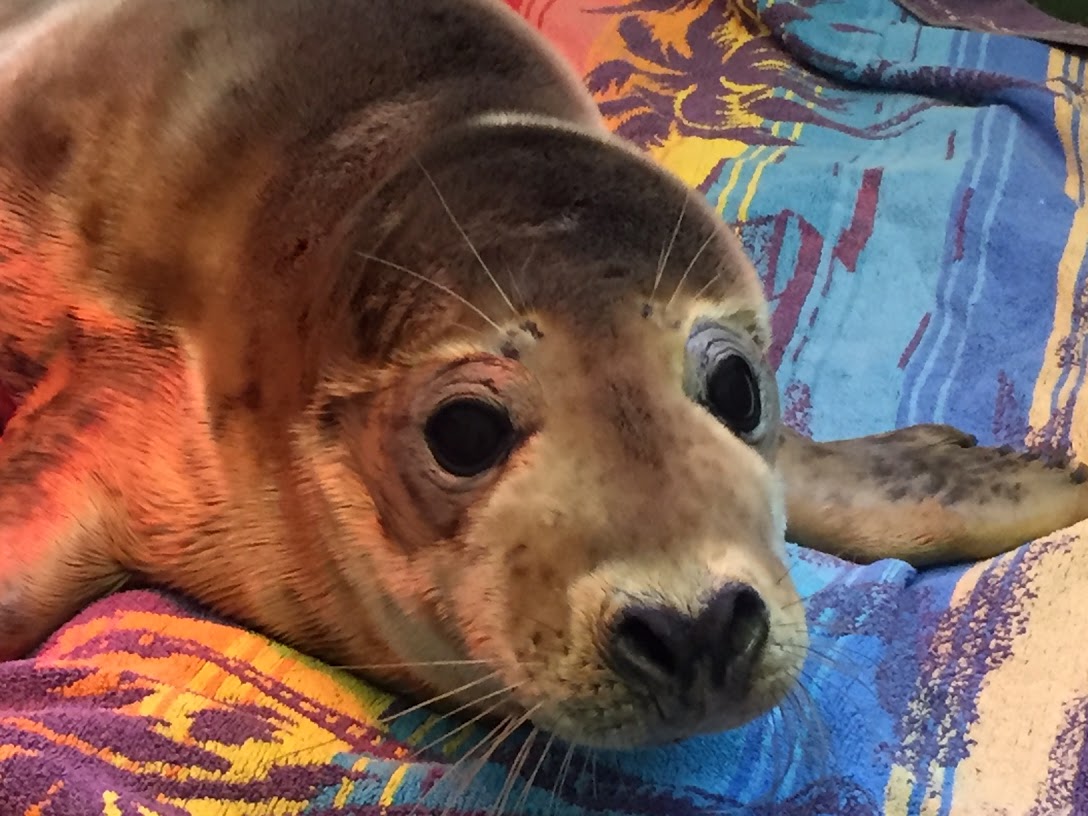 Pictured: Iris was found to weigh only half of what should be her normal weight.

The team at the GSPCA provided an update on Iris shortly after her 06:00 arrival. They said her arrival was "extremely unseasonal" and that they were quite worried as they didn't know why she was so emaciated.

They added: "With grey seal pups they are normally found during the months of December to January, so this is thought to be older than most we deal with and has somehow become ill in as she is extremely emaciated at only 15kg and should be approximately three times her weight at this time of year."

Sadly, Iris started having fits, which the Guernsey team described as being "of huge concern." Despite their best efforts to treat her, Iris passed away overnight.

"As you can imagine, despite all of the hard work to try and save this extremely poorly seal pup, the team are devastated due to her passing in the early hours of this morning," said Steve Byrne.

Iris' arrival follows the recent rescue of Temperance, another pup who is due to be released very soon. The GSPCA recently appealed for fish to feed its rescued pups. Each needs 20 to 30 fish a day, and stocks have been running low. 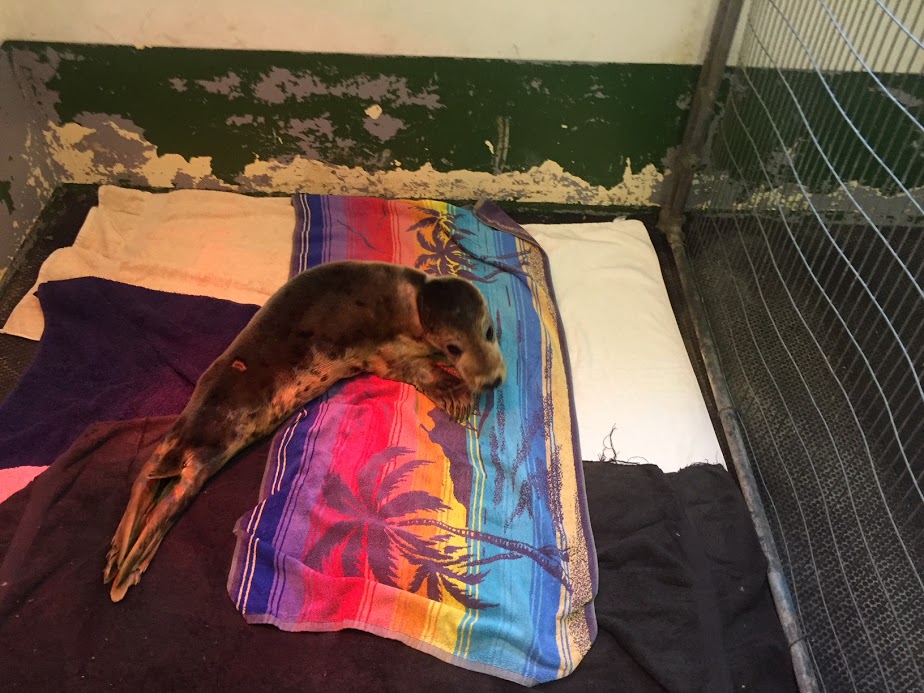 Pictured: Iris was being cared for at the GSPCA.

Crash joins Andy in the tank