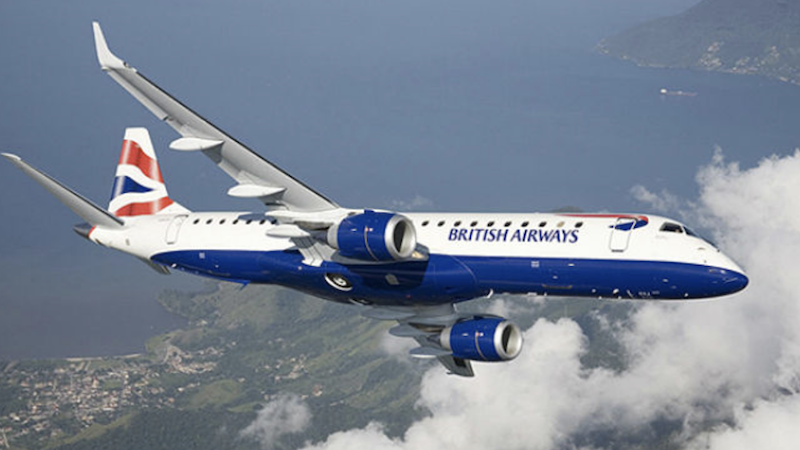 A new chapter in Guernsey's air links will take off on Friday, with the first of BA CityFlyer's London City and Edinburgh services.

Direct flights to and from the UK airports will operate on Mondays and Fridays throughout the summer until 27 September.

Guernsey Ports Chief Operating Officer Ross Coppolo described the new services as a gateway to South East England and Scotland, with both providing convenient connecting flights to other destinations.

“London City offers passengers good connections to the BA CityFlyer network, with services from there to many popular European destinations. We are also delighted with the return of the direct Edinburgh link, which prior to Covid-19, proved popular with islanders as well as passengers from Scotland wanting to visit the Bailiwick.”

Pictured: The Embraer-190SR servicing both routes has 98-seats.

Tom Stoddart, Managing Director of the London City-based BA CityFlyer, said it was an "honour" to be launching the routes.

“We’re confident our new route from London City Airport to Guernsey will be popular this summer with customers looking for a UK getaway."

BA CityFlyer will use a Embraer-190SR aircraft on both routes.

The Embraer 190 is a narrow-body, twin-engine jet airliner manufactured by Embraer, a Brazilian aerospace company. BA CityFlyer operates the aircraft from London City airport to UK and European destinations.

The aircraft is a low wing design with engines mounted below the wings. The wings of the Embraer 190 are fitted with winglets, which reduces the drag and provides increased lift and improved efficiency.

Pictured top: One of the Embraer 190s that will fly to Guernsey (Credit: British Airways).