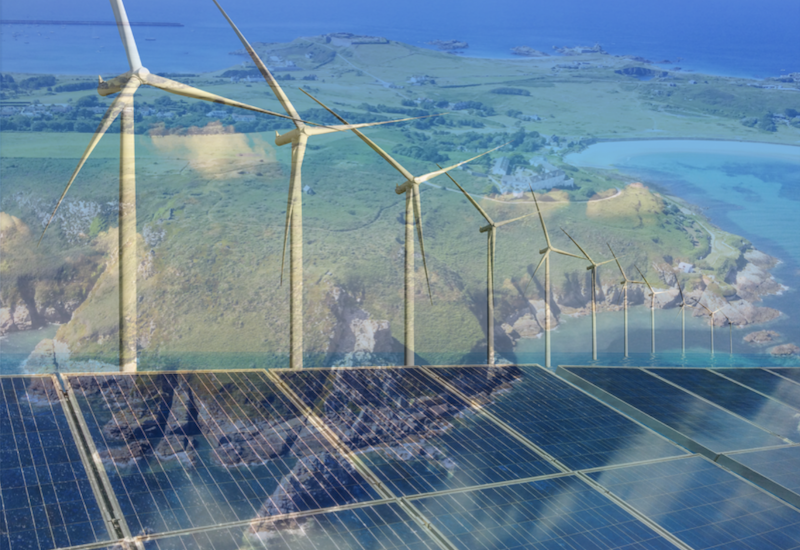 Alderney Representative Steve Roberts insisted that the island remains interested in tidal power and other renewable energy projects as deputies in Guernsey questioned why progress was not being made more quickly.

Mr Roberts was replying to deputies' questions after providing the States in Guernsey with an update on the work of the States in Alderney.

There is considerable energy created by the tidal flow in the Alderney Race - the strait of water between the island and France. This is thought to make the area particularly suitable for sea-based renewable energy installations. 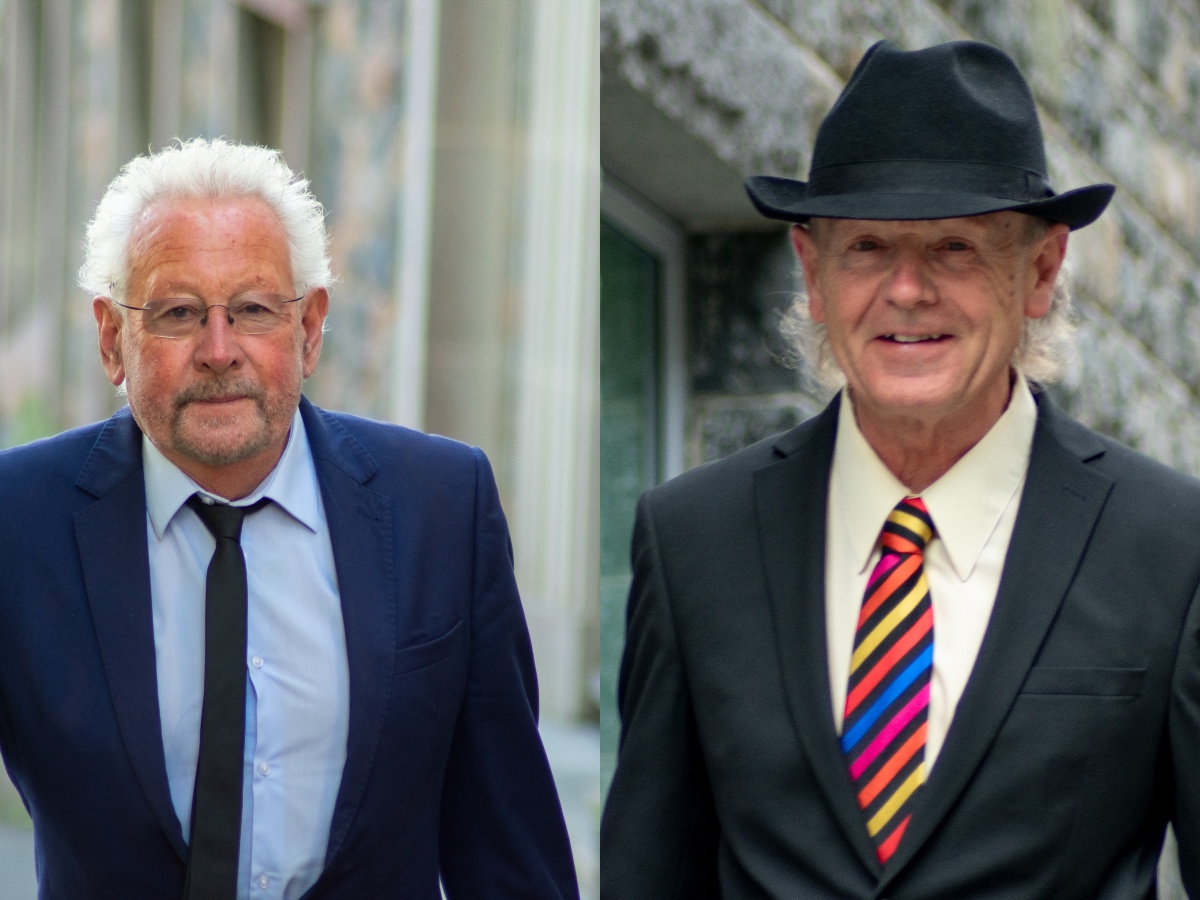 Pictured: Questions about renewable energy were put to Steve Roberts (left), one of two Alderney Representatives who sits in the States' Assembly in Guernsey. Deputy Lester Queripel (right) posed the first question.

Deputy Lester Queripel pressed Mr Roberts on whether any progress was being made to establish a tidal power plant in Alderney’s territorial waters.

“I believe I’m right in saying the contract has been signed to put one in place,” said Deputy Queripel.

In reply, Mr Roberts said: "We’re constantly searching for this. I would like to see a joint energy plan. I believe this is actually happening.

"We need to work together as fiscal partners… and we do have a strategy. We’re working together with Guernsey and ourselves to forward this. We’re also looking at solar and wind.

"It is slightly more expensive at the moment - tidal power - than solar or wind, but these costs will come down.”

FAB Link Ltd., a company co-developing and co-owning a potential renewable project in the area, last issued a press release on the matter in July 2019 in which it indicated a need to press on with the project.

“FAB Link’s independent assessment has underlined the clear justification for additional interconnector capacity between Britain and France,” said the company.

“FAB Link Ltd. and its partners have already secured a wide range of onshore and offshore permissions that will enable the 1.4GW interconnector project to move quickly to the construction stage once we have regulatory approval.” 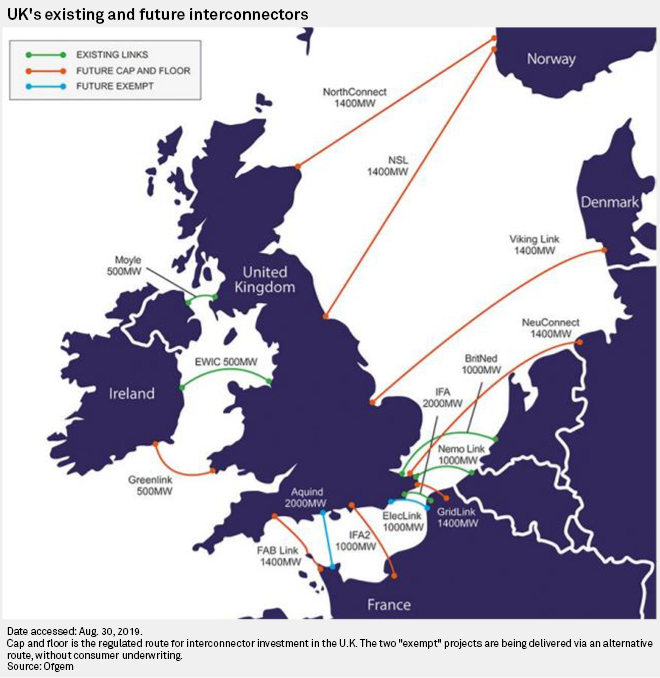 Pictured: The FAB Link is one of a number of proposed renewable energy projects which could potentially involve Alderney and have been discussed in recent years.

Another tidal project with links to Alderney is overseen by a French joint-venture group, Normandie Hydroliennes. The project receives funding from British renewable energy firm SIMEC Atlantis, the Normandy Development Agency, the regional investment fund Normandie Participations and a consortium of other investors.

They initially plan to deploy a small test array of tidal turbines before expanding the array to increase electrical output significantly. The aim is largely to provide renewable energy to the French power grid by 2025.

Deputy Sasha Kazantseva-Miller said: "The plan is obviously to produce electricity on the French side of Le Raz Blanchard...this a very specific renewable energy project. So the question is specifically what is the government of Alderney doing to capitalise on this opportunity?”

Mr Roberts could not provide a detailed answer to Deputy Kazantseva-Miller's question, but he said the States of Alderney was now looking only at projects which would be situated within their own territorial waters.

“We’re looking at other proposals and we're just watching the situation at the moment. That’s as detailed as I can give you,” he said.

SIMEC describes its test project as "in development" with the potential to supply Alderney’s electricity grid via underwater cable if the test is successful and leads to a larger project.

In their last release on the project, issued two years ago, the States of Alderney said “the Alderney Tidal Energy Group (ATEG) has noted concerns about environmental impact" and that "tidal energy investment is not yet evident". 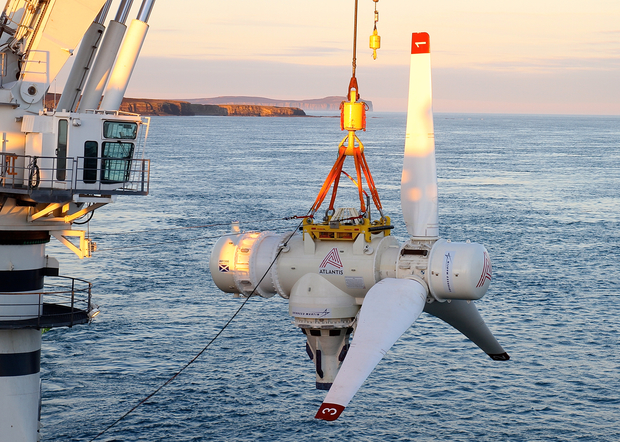 Pictured: One of SIMEC Atlantis' tidal turbines being deployed in British waters.

Deputy Neil Inder asked Alderney Representative Roberts a more general question about what he perceived to be the lacklustre delivery of infrastructure projects in Alderney.

“If Alderney was a French island there would be two immutable facts: one, you wouldn’t be generating your own electricity - you’d be plugged straight in - and almost certainly you would have a marina,” said Deputy Inder.

“It does strike me as strange that things don’t move on an awful lot, and in my reason it’s because Bob’s got a different opinion to Sharon.”

Pictured: Deputy Neil Inder, President of the Committee for Economic Development, wanted to know why infrastructure projects in Alderney could not be delivered at greater speed. He used fictional names "Bob" and "Sharon" to suggest it might be because differences of opinion can be more easily magnified in a smaller community.

Mr Roberts said there were times when the speed of government was slowed by some of the people involved.

“Personalities slow the whole process down. When you won’t work with someone because of personalities - well, it's against what we stand for," he said.

"We have to sit down and work together.”

Posted by Robert Williams on Jan 28th, 2022
Perhaps Alderney would be better off by being a French overseas territory.
Posted by Nigel Dupont on Jan 29th, 2022
Alderney Renewable Energy are a joke company. I have made more electricity from a lemon than they have in the last 18 years!! They have done nothing but squander huge amounts of money (grants) on themselves and are still trying to rip the island off and line their own pockets even though they lost their license in 2018. Tidal Power - GOOD. FABlink Inter-connectors - VERY BAD. I have been following this company ARE from their conception and the word “TOXIC” doesn’t even come close to describing them.
The author of this article has just lifted his information from Fablink’s latest statement on their website, no further statement has been made since July 2019. What the author also failed to say was that the 2025 completion date, although still quoted, was based on a commencement date of 2021 - which has not happened!
Kit Hannah, you need to do your research.
To place a comment please login Login »