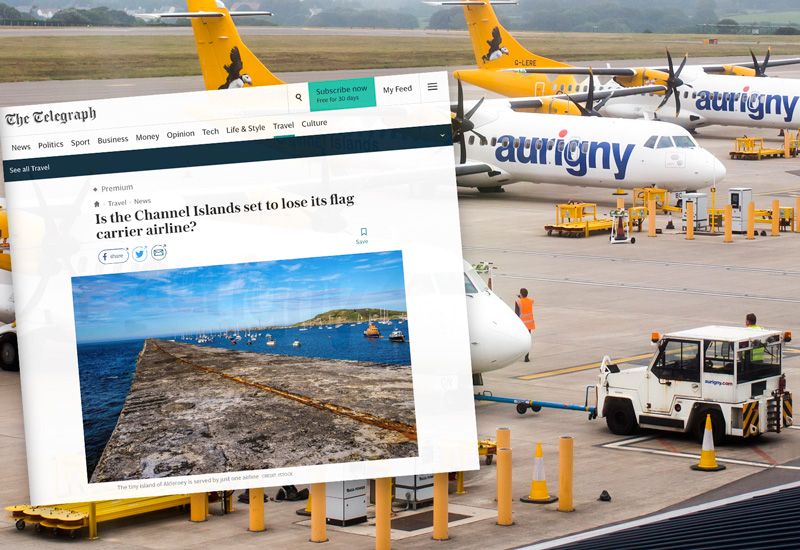 The Telegraph has reported on Aurigny's mounting losses, and asked whether Guernsey could lose its 'flag carrier airline'.

The question was 'dismissed as nonsense' by Aurigny, but the national newspaper was drawn to its forecast £9.6million losses for 2020, and how the States of Guernsey are starting to reassess the situation.

The paper also drew particular attention to a line in the recent review of Aurigny's operations.

That line suggested Aurigny could partner with Blue Islands in the future, but when non-executive director at the private airline, Paul Simmons, spoke to them, he only had criticism for their States-owned rivals.

Mark Darby, Aurigny's CEO, told the Telegraph the airline was not under threat.

He used the States decision to allow the airline to buy three new ATRs as evidence of its healthiness. Why else would it be planning for the future?

The Telegraph also looked at the Alderney situation, and how there were now only two Dorniers flying on the route. Mr Darby told them he was unable to comment on the current ongoing PSO process.

Pictured top: A screen-grab of the Telegraph article.