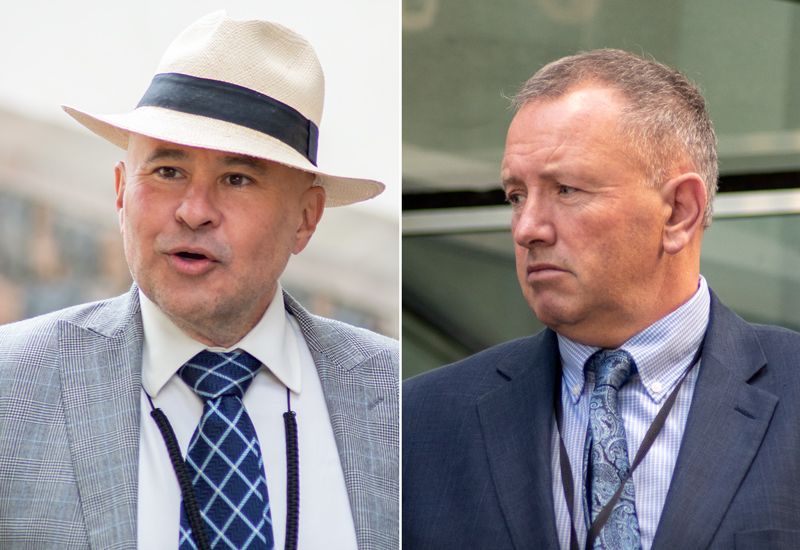 Deputies Carl Meerveld and Liam McKenna have failed in their attempt to delay the modernisation of Guernsey's Abortion Law.

A stilted States debate saw members of the Assembly walk a fine line between avoiding debating abortion in general, and the delaying motion laid by Deputies Meerveld and McKenna.

Debate continues this morning, with the Abortion Law reforms now expected to be approved unamended.

“It is with great reluctance that I lay this sursis because I am pro-choice - I support updating the abortion law,” said Deputy Meerveld, when explaining his view that the legislation will lead to unintended consequences.

“Decriminalising self-abortion for the entire gestational period means a mother can abort a healthy child right up until the contractions before birth.” 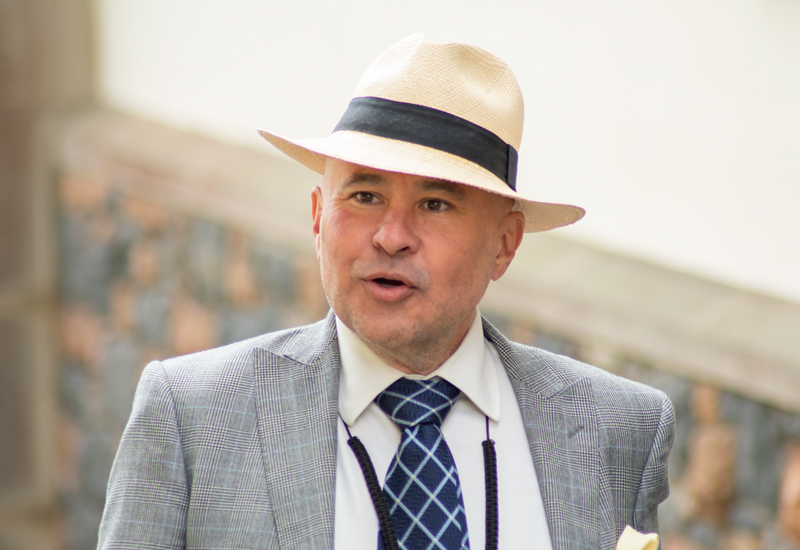 Pictured: “This debate is not about the merits of abortion,” said Deputy Meerveld.

The contentious debate arises after a decision last June, where States members agreed to, among other revisions, double abortion time limits from 12 to 24 weeks. It followed an extensive consultation period, which the Vice-President of the Committee for Health and Social Care, Deputy Tina Bury, explained at length.

“I make no excuse for citing an extensive list of medical professionals and authorities – it is imperative to demonstrate the wealth of medical information and professional guidance that has brought us to this point.

"Guernsey’s out of date law is affecting our local medical professional’s clinical practice - HSC considers that any further research or consultation will yield the same recommendations," she said.

Several Deputies were reprimanded during the sursis debate for veering into general debate about abortion legislation, with the Bailiff, Richard McMahon, reminding members to only discuss the sursis.

“This Assembly has a duty to make sure the amended abortion law is the best it can possibly be for the women that need it,” said Deputy Chris Blin, who supported the sursis. “It’s not about the rights and wrongs of an abortion.”

Deputy Blin argued that more consultation is needed before the legislation is enacted. 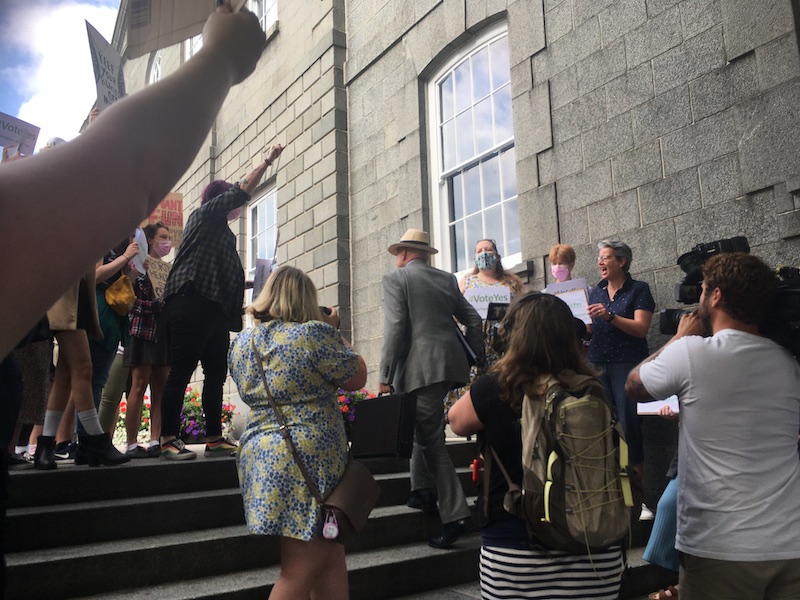 Pictured: Deputy Meerveld faced dozens of protestors when arriving for the debate on his sursis.

It was argued by others the sursis would simply waste the time of the States given the public consultation and the advice of medical professionals.

“We’re about to debate in a week’s time what work streams we can carry out with incredibly limited resources, and what are we doing today is asking somebody to repeat a really significant piece of work,” said Deputy Peter Roffey, referring to the Government Work Plan debate.

He emphasised: “This sursis is asking HSC to do something it has already done.”

The sursis lost 28/11 and debate has continued on HSC's policy letter for the change in legislation.