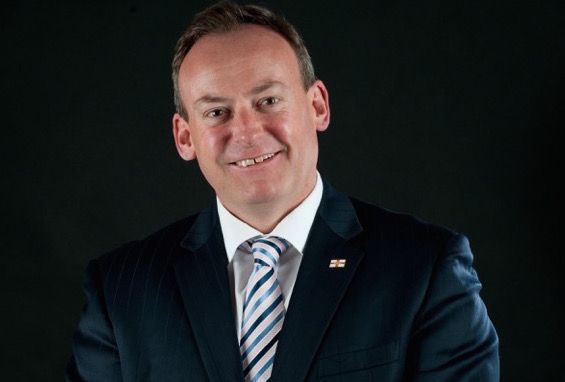 One of Guernsey's senior politicians says a member of government in the Falkland Islands has contacted him to offer support as our island looks set to debate allowing assisted dying.

Deputy Lyndon Trott has said the support from other jurisdictions is welcome, as it offers differing views during the build up to a complex campaign.

“Among the many people from outside Guernsey who have made contact interested in the debate we are having, I was particularly delighted to be contacted by Dr Barry Elsby, a member of the Legislative Assembly in the Falkland Islands" said Deputy Trott, "Dr Elsby is a medical doctor by training so his perspective is particularly interesting.”

As a signatory to the Requete; which was lodged by the P&R President, Deputy Gavin St Pier, Deputy Trott is likely to speak during the planned debate in May, which if successful, will lead to work on introducing legislation allowing assisted dying for terminally ill residents in Guernsey.

The politician contacted Guernsey's Vice President of Policy and Resources to say he is very interested in the local debate.

Dr Elsby said: “I have long supported the concept of assisted dying. It has been interesting to see public and medical opinions become more supportive as the number of jurisdictions with these laws grows and their experience has evidenced that they work well and safely"

The issue is likely to be debated in the Falkland Islands soon as well, so it is likely the Scottish jurisdictions residents will be closely watching what happens in Guernsey.

“The Right to Self Determination is fundamental to the Falkland Islands and this issue represents the ultimate in self-determination. It is easy to say that small jurisdictions such as ours, simply don’t have enough people who would benefit to justify any change in the law. But this is about an individual’s right to the end of life care that they choose and I hope we will debate it in our Assembly later this year" Dr Elsby said.

“As part of the wider British Family, there is a clear opportunity for the Overseas Territories and Crown Dependencies to work together on issues such as this. There are common legal and regulatory hurdles to be overcome and we can share experience.”