Assisted dying: have your say 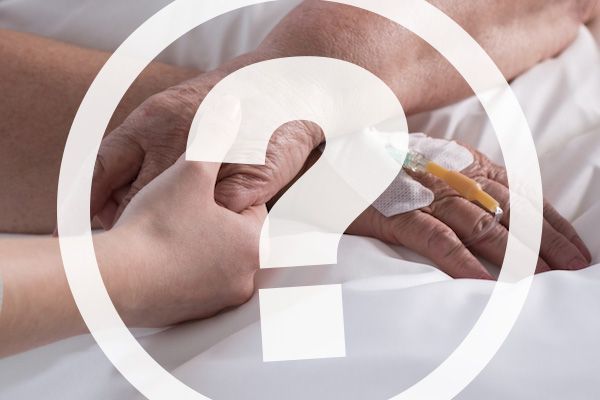 Assisted dying: have your say

With the expected States debate on assisted dying now just over two weeks away, we want to know what you think.

A requête asking the States to debate instigating work exploring the idea of legalising assisted dying under certain criteria was lodged last month and is scheduled to be debated during the States meeting due to start on Wednesday 16 May.

The requête asks for the States to "agree in principal to the development of a suitable legal regime to permit assisted dying in Guernsey" subject to certain conditions. A working party formed by the States in 2002 was tasked with looking at legalising euthanasia but it decided the law should not be changed at that time. Led by Deputy St Pier, the requête now due for debate next month is asking for the issue to be considered again.

Deputy St Pier has repeatedly said the criteria for assisted dying in Guernsey would be strictly set at a level to help those with a diagnosed terminal illness in the later stages.

Some terminally ill will attempt or succeed in taking their own lives by taking medication or by refusing food and water. In a compassionate society, it cannot be right that we force them to make this ill-informed choice unsupported and unprotected. #mycaremychoice

Two public meetings are being held this week - one arranged by those behind the requête and one arranged by Deputy Andrea Dudley Owen. The first meeting is due to be held on Tuesday 1 May at Les Cotils and will consider the views on both sides of the debate, with speakers presenting the arguments for and against legalising assisted dying.

The second meeting is due to be held on Thursday 10 May. It has been arranged by the signatories to the requête ahead of the public meeting due to start 16 May.

Please take the opportunity to engage on such an important issue. 7pm Thursday 10th May. #mycaremychoice pic.twitter.com/DfC1CgwVLV

Deputy Barry Brehaut has also lodged an amendment against the requête calling for assisted dying to be legalised in Guernsey. It has been written to allay some of the concerns which have arisen ahead of a potential change in the law. Deputy Brehaut said including judicial oversight will help the island develop robust safeguards to protect patients. 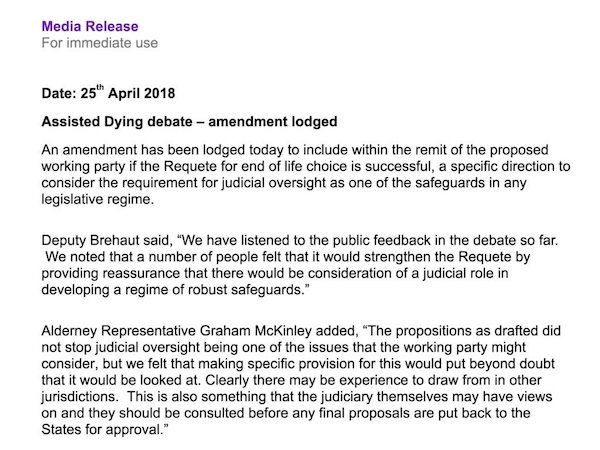 Ahead of the States debate, Express has commissioned a poll to assess public feeling on the question of legalising assisted dying.

To have your say use the link below: