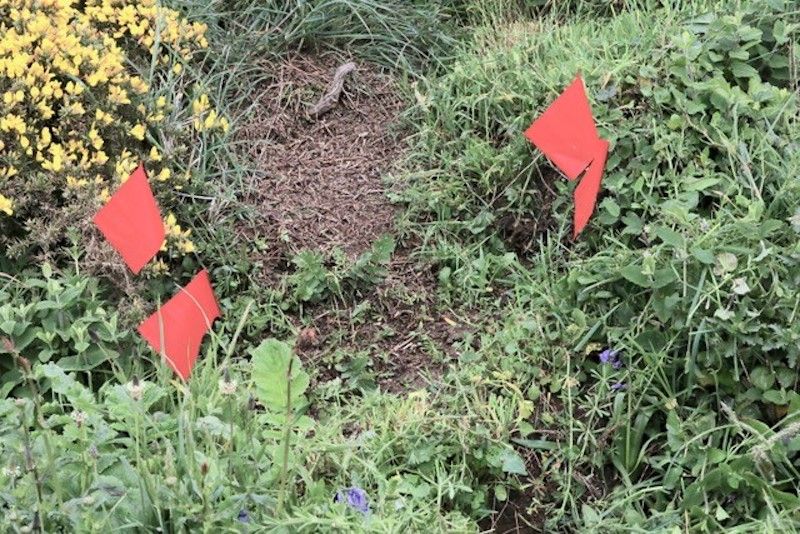 Cliff walkers will have noticed red flags dotted around Guernsey's coastal paths over the past couple of years, and here's why...

Although some passers-by have suggested the flags may be in place to warn people of dangerous insects - or even mark them for extermination - the signals are really there to protect a 'Near Threatened' species.

The black-backed meadow ant is native to Europe, but has been rapidly declining in numbers. Guernsey and Jersey are now the only places in the British Isles where they can be found - no nests have been seen on the mainland since the 1980s.

The number of nest sites has also been decreasing in Guernsey though, with a 42% decline in the island's black-backed meadow ant population since the 1990s. 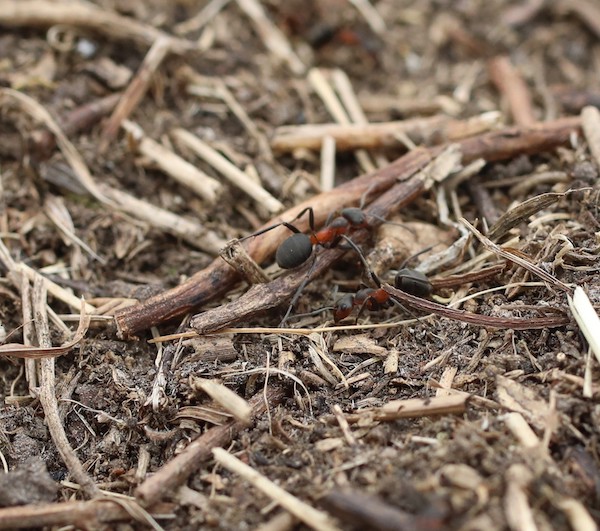 An Action Plan was set up to combat the decrease and, since 2018, teams have been marking individual nests along the cliff paths with red flags.

"I volunteered to do a survey in 2017, knowing next to nothing about ants," said Volunteer Surveyor Julie Davis. "Living in the Vale, it gave me a good reason to walk the cliffs. I repeated the survey in 2018 and 2019, and intend to do it for a good few years to come.

"I love doing my bit for Guernsey's wildlife and hope that I can help to turn the tide in the ants' favour. I have learned so much about these social insects, but still have more questions than answers. The cliffs are beautiful whatever the weather, but to be out there on a fine spring day when the gulls are nesting, the fulmars are flying and the ants' nests are heaving, there's no better place to be."

The ants usually nest on south-facing slopes, so they can reach high levels of sunshine. In Guernsey, they have been around along the cliff paths between Pleinmont and Icart, as well as in field banks close to the cliffs. There is also one nest site on the Lihou headland. 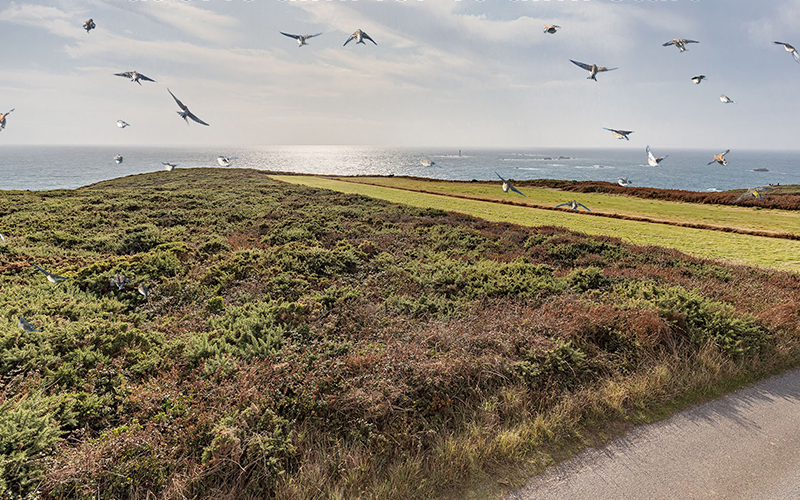 The nests - some of which are more than 20 years old - vary in size from 25cm to over a metre and are covered with a shallow mound of thatch which helps insulate it.

"From spring and throughout the summer for the fourth year running, Julie will conduct our annual black-backed meadow ant survey, tramping miles and miles of cliff to mark out the nests and check their status," added Manager of the Guernsey Biological Records Centre, Elizabeth Sweet.

"Working with the cliff path maintenance team, individual nests are marked with red flags during the cutting season and volunteers hand cut vegetation around nests to keep them open to sunlight. Land management has improved in targeted areas, plus removing sour fig also helps restore the biodiversity of the cliffs in general.

"This enhanced land management policy has yielded very positive initial results with the decline in nests not only halted but 20 additional nests recorded in 2019! This demonstrates the value of such plans bringing conservation, biodiversity, land management and commercial sectors together."

Cliff walkers are being asked not to touch the flags, which are used to point out nests to States Works so throughout the growing season, so workers can cut around them.

The flags will be removed again in the autumn.