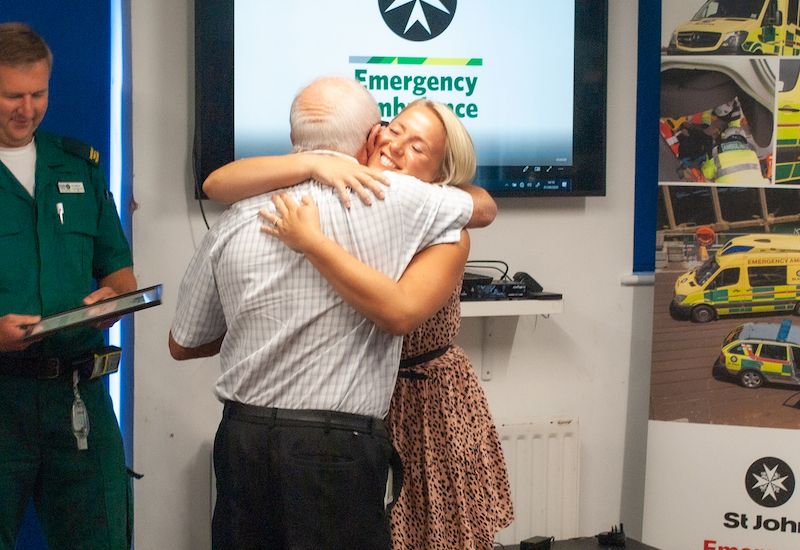 A man who collapsed while working behind the bar at the Belgrave Wanderers clubhouse got the chance to personally thank the off-duty nurses who saved his life at a special ceremony yesterday.

In August last year, Robin Sweets, known to his friends as Bob, was working in the clubhouse when he started to experience chest pains and breathing difficulties.

Within minutes he collapsed, suffering a cardiac arrest. A member of the public called 999 while off-duty Intensive Care Nurse Kristy Grant immediately recognised the signs of the cardiac arrest and started CPR, assisted by Community Nurse Sue Black, who maintained Mr Sweets' airway. Together, they administered life-saving first aid.

The ambulance crew arrived within seven minutes of the 999 call and managed to resuscitate Mr Sweets before transferring him to the hospital, where he spent several days in ICU and a total of thirteen weeks at the PEH before being flown to Southampton for surgery. 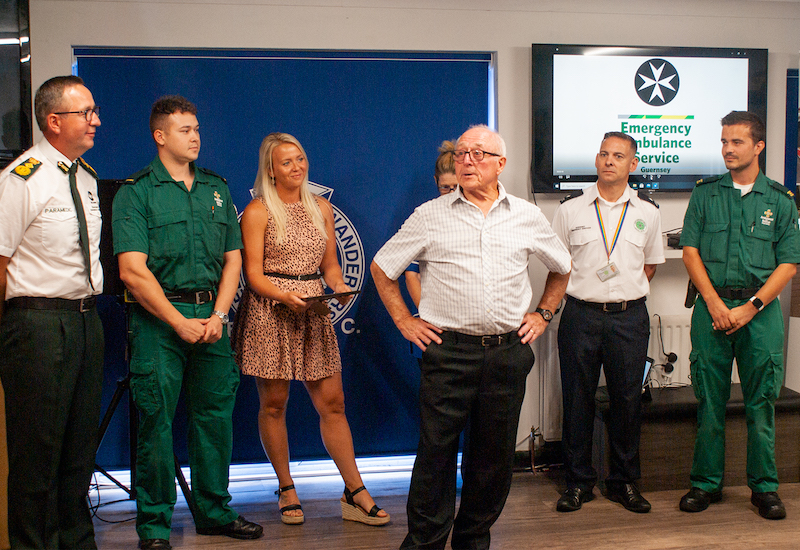 Pictured: The special ceremony was originally due to held earlier this year before the corona virus pandemic hit.

Without that first intervention by Miss Grant and Ms Black, St John's Chief Ambulance Officer Mark Mapp told a specially-gathered audience that the emergency crew would not have been able to save Mr Sweets' life.

"The first link in survival is someone recognising that Bob had a problem behind the bar," he said.

When a person suffers a cardiac arrest, Mr Mapp said someone's chance of survival drops by 10% for every minute that passes. 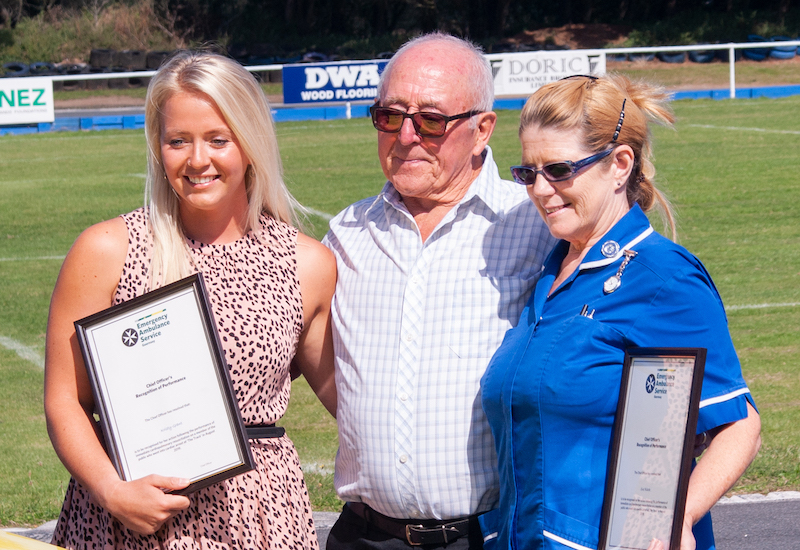 Pictured: Miss Grant and Ms Black were given Recognition of Performance Awards for administering life-saving CPR while off-duty in August last year.

Miss Grant spoke of her pride at being able to help Mr Sweets at his time of need.  “Luckily I was in the right place at the right time, so I could do something for Bob and help him," she said.

"I am absolutely buzzing I was able to help him that day.”

"Hopefully this will encourage people to get the [CPR] training that they need."

Mr Sweets said the last thing he remembered before his collapse was that it was very hot and he felt unwell, so he went outside to get some fresh air. 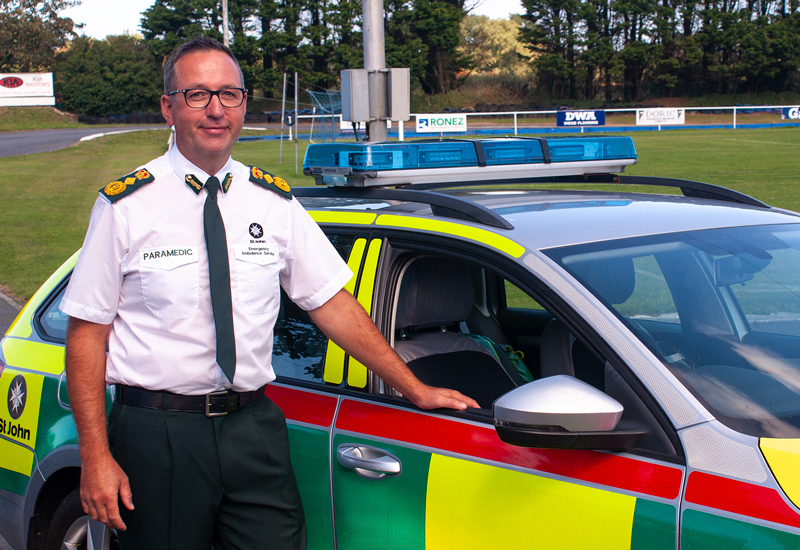 Pictured: In the circumstances, Mr Mapp said Mr Sweets had just a 12% chance of survival.

When he went back inside, he could tell something was wrong - the rest of the story he has heard from other people's accounts and diary entries about the treatment he received.

"They told me that I woke up but I can't remember that. The next thing I can remember is waking up in ICU."

"I didn't feel it [the seriousness of what happened] until I read about it. I could have died - another two minutes and I was dead."

Mr Sweets said he owed so much to the two nurses, who he got to thank in person, and to everyone else who helped him through a long and difficult recovery.

"I feel very lucky. My wife has been brilliant and supported me with everything. All the nurses who treated me as well - they were always smiling, nothing was ever too much trouble."

Pictured: Mr Sweets embracing Miss Grant at a special event at the Belgrave Wanderers clubhouse yesterday. Mr Sweets' and the two nurses' family and friends were invited, as well as the emergency ambulance crew who attended last August and the JESCC operator who took the 999 call.