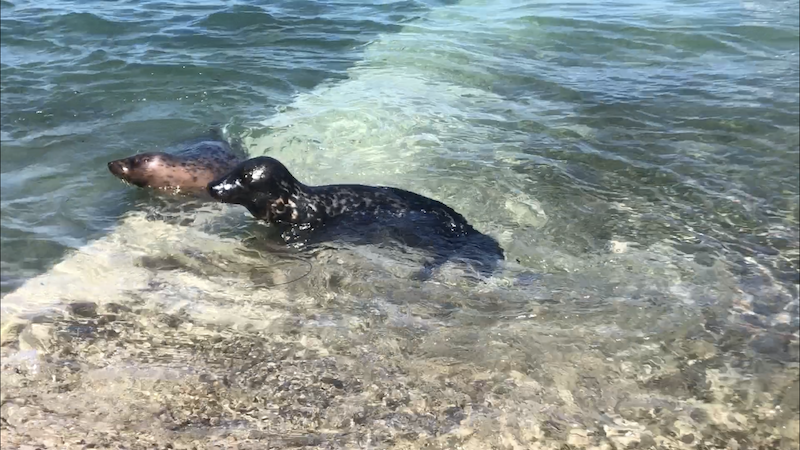 Two seal pups - one of which has been in the GSPCA's care for nearly 19 months - have been released back into the wild.

Andrew was flown over as an emergency from Jersey back in November 2018 and has been with the Guernsey charity ever since.

Meanwhile, Pebbles was taken into the shelter in February this year.

Both seals were given round-the-clock care and are finally ready for new adventures in the wild.

The team at the GSPCA travelled over to Jethou for the release, with the help of Island RIB Voyages. 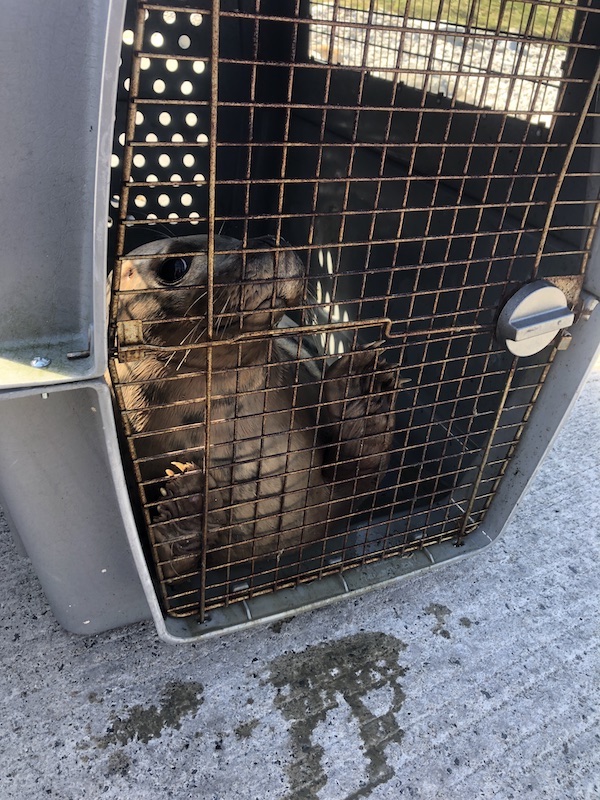 Pictured: Pebbles was raring to get back into the sea.

After a quick goodbye, the cage doors were opened and the seals were once again free to roam.

"The care is so intensive," explained GSPCA Manager, Steve Byrne. "When they come in, every two hours they need to be tube fed, then they get weened onto fish and then they're able to go into the pool. With Andrew, it took a long, long time to get to that point and Pebbles has really helped speed that up and taught him how to be a seal."

Since they were first put together, the pair of pups have been "inseparable" and Head of Marine Animals at the GSPCA, Geoff George, is hoping that will continue for a while.

"They absolutely love each other," he said. "Seals tend to be quite solitary, but I have a feeling these two will stick together because they're quite young and they've been together for so long. They play all the time pool - non-stop, all day. They're probably the fittest seals we've ever released."

The pair stuck around playing together for some time, before Pebbles ventured out into the open.

However, it was slightly harder for Andrew, who is the first pup to stay at the GSPCA for such a long time, following his traumatic start in life.

"We had real problem with him and we were never really sure if we were going to be able to release him because he wouldn't eat on his own for the first 14 months," added Mr George. "Then he got the hang of it and he improved. Since we've had Pebbles he's really come along and become a proper seal." 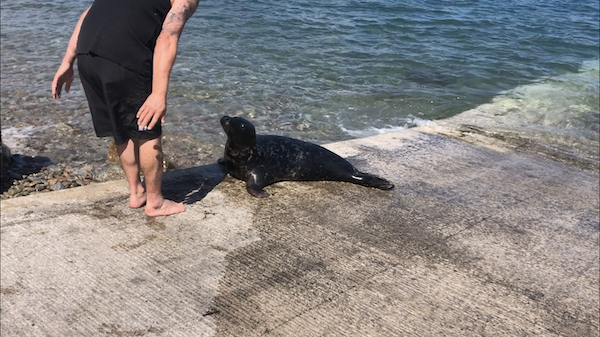 Pictured: Geoff George has built up a relationship with Andrew.

Mr George has built up quite a relationship with Andrew over the months, while working round-the-clock to care for him.

For that reason, Andrew found it difficult to say goodbye to the GSPCA team and kept returning to the shore  to check up on them.

Mr George, who had been expecting Andrew to be a bit more "needy" than Pebbles, got into the water himself to convince the pup to swim off and, eventually, the seal plucked up the courage to head out in search of his friend.

"We've had a couple of pairs which we know really bonded and they've stayed good friends," said Mr Byrne. "There's a very, very, very good chance, I would say, that these two will stay together for some time." 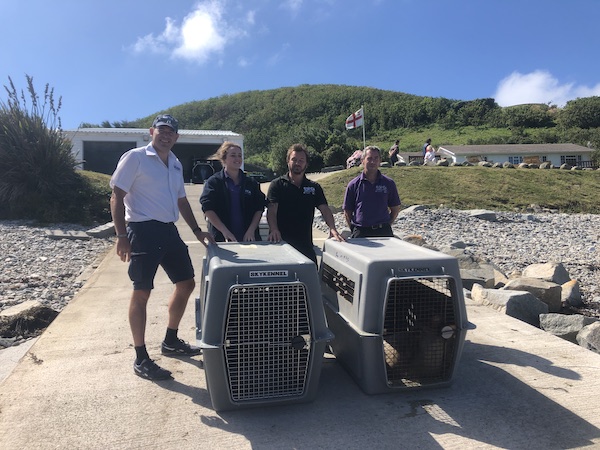 Pictured: Members of the GSPCA team with the seals.

"They're way off having pups of their own yet - that's years to come - but they have really bonded and that will help them in learning to hunt for themselves back in the wild, finding somewhere safe to care for one another and hopefully being seals where they should be, and not in captivity."

"It's really emotional and it's just fantastic to see them back in the waters."