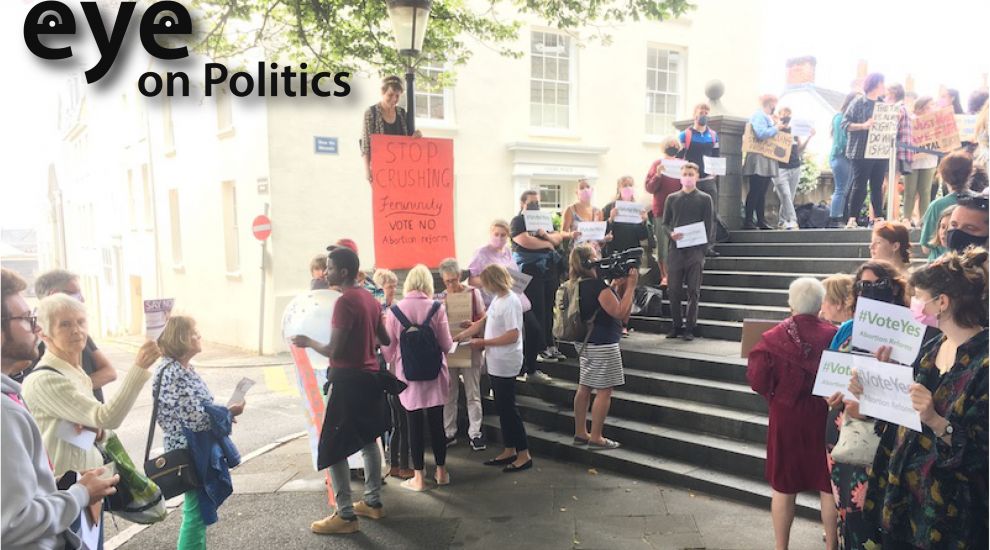 Deputies who prefer to keep a lower profile - submarine deputies, as one wag used to call them - can often go about their work relatively untroubled by the great unwashed. A survey of not that many years ago revealed that most people don't recognise most deputies even when they are shown photos of them.

But occasionally even submarine deputies cannot escape the spotlight of public opinion. Such as tomorrow, when they are likely to have to make their way into the States' chamber through a large crowd of campaigners who fear being let down at the 11th hour after a decade of waiting and waiting and waiting some more for the apparently contentious concept that discrimination should not be permitted in law.

The crowd could conceivably be among the largest ever gathered outside a States' meeting, though I understand the Royal Court is sadly doing its best to weaken the drama and impact of such events by making deputies enter through a side door designed to limit contact with the public. 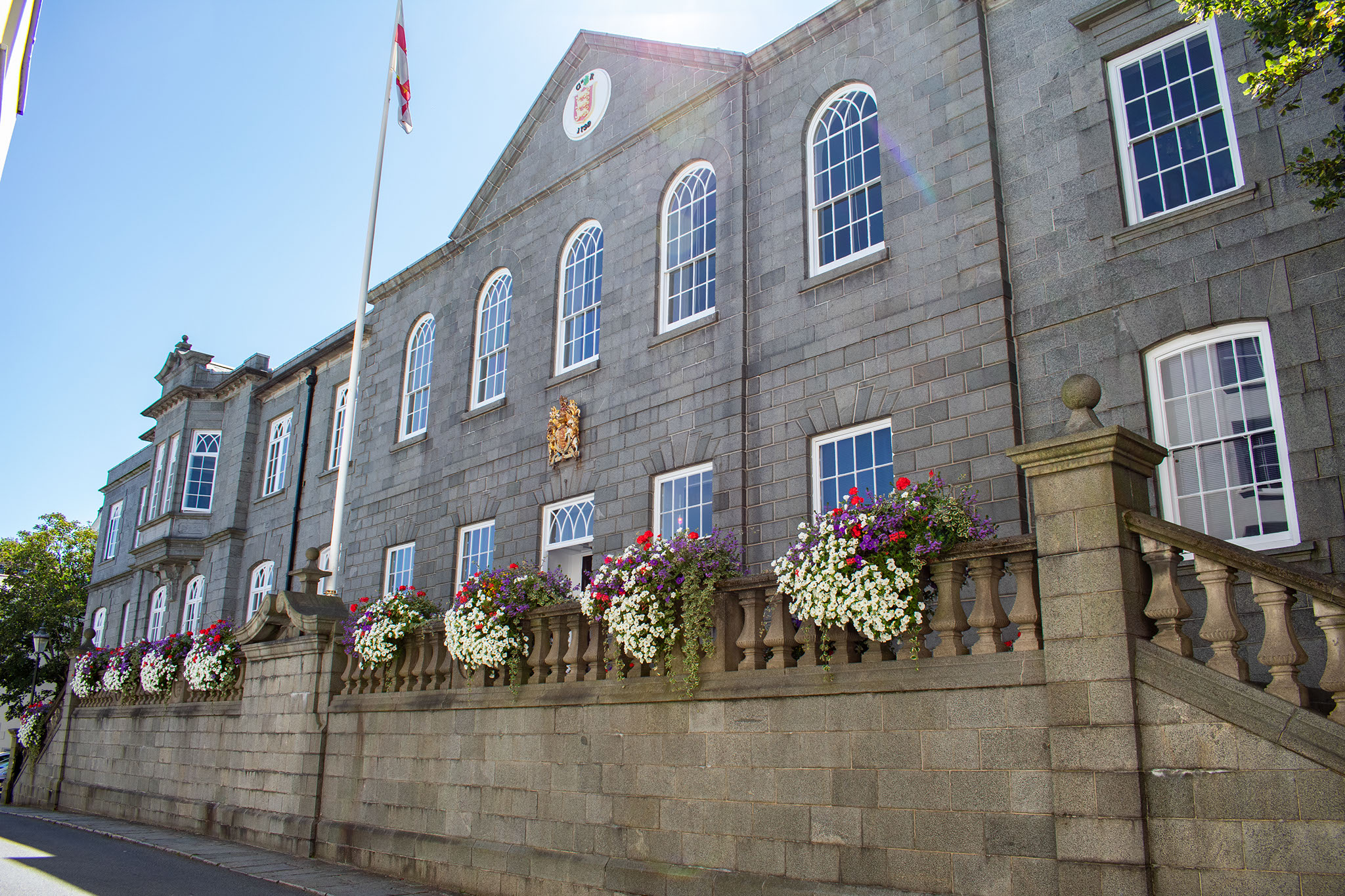 Pictured: The ceremonial entrance of the Royal Court, where campaigners have traditionally gathered to speak to deputies on their way into the States' chamber.

Once deputies are safely inside, proceedings will begin with update statements from two Committee Presidents - Deputies Andrea Dudley-Owen (Education, Sport & Culture) and Lindsay de Sausmarez (Environment & Infrastructure). The rota for statements usually pairs those two together and the questions which follow them often provide another reminder, as if any was needed, of the tribalism for which this Assembly is so deservedly known.

Normally, Deputy Dudley-Owen's statement provokes challenging questions from a handful of deputies who are among the minority group in the Assembly which has no faith in her Committee's education strategy and no intention of concealing their contempt for it. This, in turn, tends to provoke the majority group in the Assembly into providing Deputy Dudley-Owen with one or more benign questions designed for replies which confirm their faith that she does indeed walk on water.

This kind of tribalism - in which the challenging questioners and friendly questioners are based largely on who is replying and the votes of almost every deputy can be predicted days before the debate based largely on who is behind the proposal - was unknown to politics in Guernsey until around four or five years ago but is now key to understanding the nature and decisions of our parliament.

One way in which this States' meeting will be like the old days is that not a single Rule 11 question has been submitted. Fans of oral questions will regret the passing up of an opportunity for scrutiny of the burning issues of the day. Less quixotic followers will be relieved to escape the torment of deputies reading out questions they were forced to submit more than a week earlier to committee presidents who then hesitatingly read out their officials' replies without having first practiced let alone understood them. 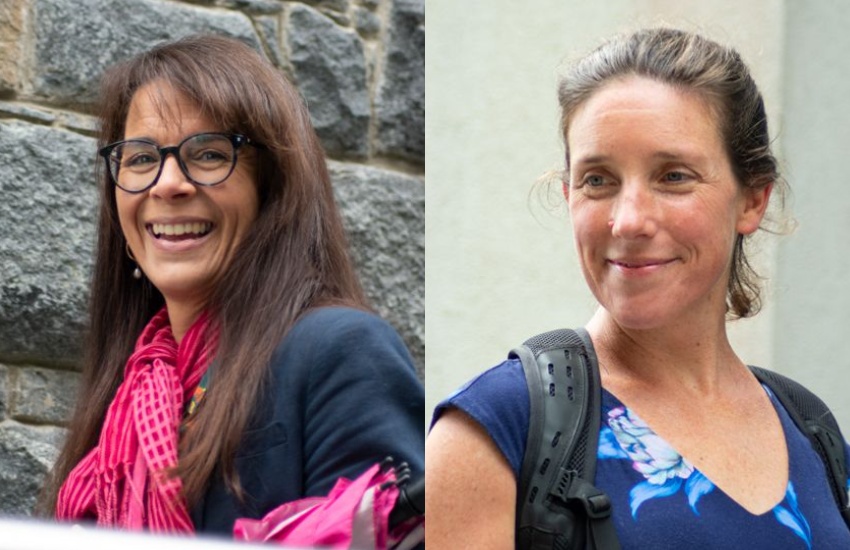 Pictured: Deputies Andrea Dudley-Owen (left) and Lindsay de Sausmarez will make statements and face questions before the Assembly moves onto its most high-profile item of business: a draft anti-discrimination law.

Legislation before the States for approval often suffers - and I use that word advisedly - inadequate parliamentary scrutiny. But at this meeting, the Committee for Employment & Social Security's draft anti-discrimination law is the main game in town. Not least because it has been years in development, consulted on more than any draft law anyone can remember, is backed by arguably the best organised third sector campaigners in the island and yet now faces 11 amendments, only two of which the Committee truly considers friendly in the sense of helping to improve its proposals.

The campaigners for equality say that most of the other nine amendments have been co-ordinated by Deputy Carl Meerveld. Deputy Meerveld has twice been elected to the States only by the skin of his teeth, but he is a key figure in the current Assembly. For the deputies who usually form a majority - the coalition, as they are less than affectionately known by the others - Deputy Meerveld acts more like a Chief Whip than anyone has previously and he has a lengthening record of leading efforts, some very successfully, to torpedo major reforms at the 11th hour, including on education, GST, secondary pensions and abortion term limits.

Deputy Meerveld called us yesterday in reference to amendment 8 and said he was coordinating the amendments. He was very strongly for the amendment.

Substantially eviscerating the anti-discrimination law is probably an even harder task. But the Committee for Employment & Social Security, perhaps having learned from its complacency over getting secondary pensions through the States, is wisely not under-estimating Deputy Meerveld, his torpedoing colleagues and their amendments.

The Committee is working overtime to rally campaigners and supportive or neutral deputies to its cause in the hope that having the better arguments on its side will for once be enough to overcome this Assembly's distaste for supporting anything proposed by Deputy Roffey.

The amendment which the Committee most strongly opposes is numbered 8 in the running order. Proposed by Deputy Chris Blin, it would, if approved, exempt businesses with five staff or fewer - that's around two-thirds of companies - from complying with much of the new law.

I don't envy Deputy Blin having to propose his amendment. The proposals he wants to water down - or rather flood nearly to the point of destruction - are supported by most of the island's business groups and similar arrangements elsewhere have caused almost none of the challenges he seems to imagine they would in Guernsey.

However, it is unfortunate - and may end up being an own goal - that he has come under such pressure to withdraw his amendment. Far better to respect his right to put the amendment and defeat it in debate, which I expect it will be. 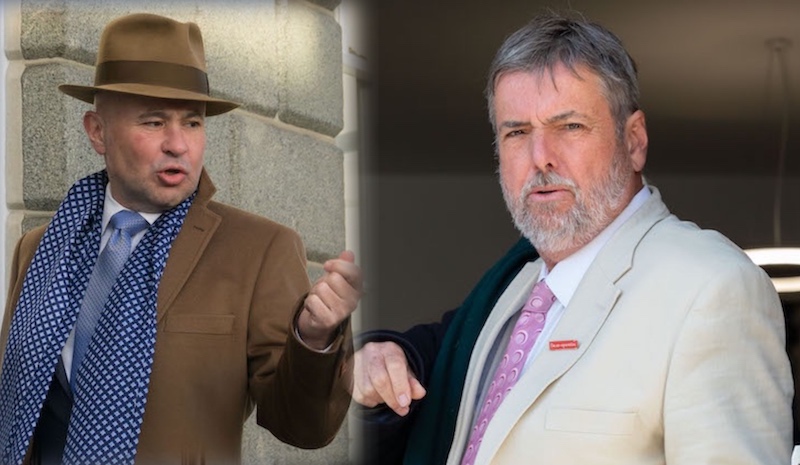 Other issues before the States this week include changes to the Children Law, low value debt relief and criminal justice, which are no less important but nonetheless - perhaps sadly - are unlikely to divide opinion or generate the same level of passionate support and opposition as the long-awaited anti-discrimination law.

So secondary pensions were deferred until November. However, it now seems highly unlikely that the Policy & Resources Committee will submit the next instalment of its tax proposals in time to reach the Assembly in November. If only the States had a committee charged with co-ordinating the business of government...