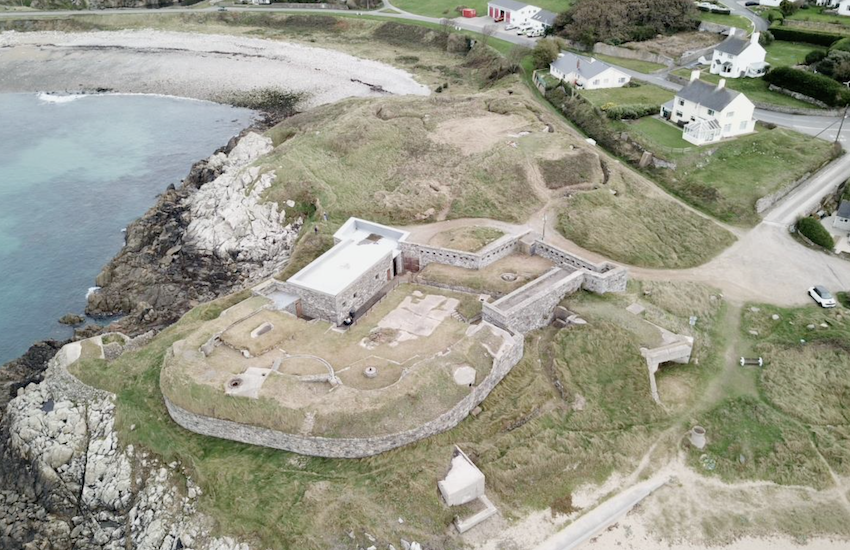 Doyle’s Battery in Alderney - known locally as Fort Doyle - is open to the public over the Easter weekend.

The compact and well-preserved Victorian fort, which also has World War II fortifications, stands on the headland between Platte Saline and Crabby Bay on the island's stunning northern coast.

Alderney Society volunteers have cleared the site with the assistance of the States' Works Department and the support of the States of Alderney.

They have opened up a maze of trenches and several bunkers which were created by German forces during the Occupation.

Completed in 1854, Doyle’s Battery is the smallest fort in Alderney.

During the Occupation, two anti-tank gun bunkers were constructed along with bunkers for tank turrets, mortars, machine guns and personnel in what was known to the Germans as Resistance Nest Dohlenfeste.