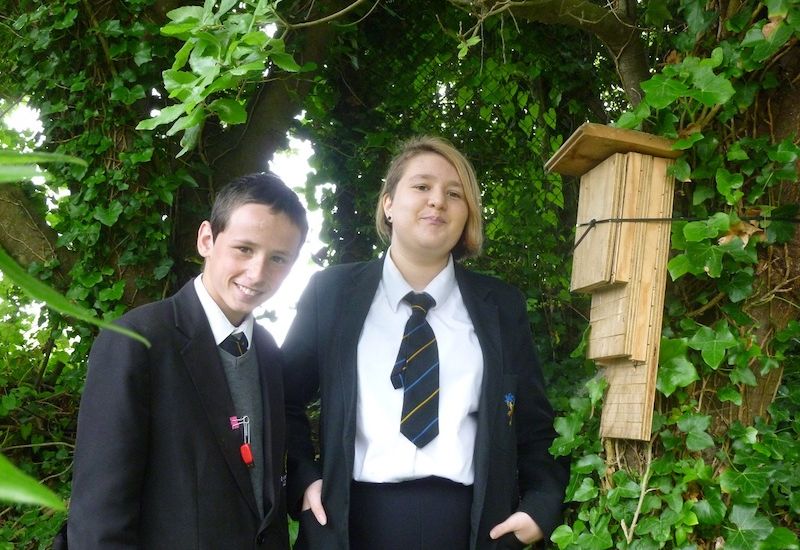 Two pupils at St Anne's school in Alderney have been named Young Conservationists of the Year in the Insurance Corporation Conservation Awards.

Aaron Tate and Michaela Scott - both in Year 10 - have been working on a wildlife area in the school grounds since September last year.

It was one of seven projects shortlisted for the prize in the Bailiwick.

As part of their studies with the John Muir Trust, the students have planned the reclaimed wildlife area known as The Secret Garden. They have cleared undergrowth, opened up existing ponds, planted wildflower seeds, made bat boxes and bird feeders and cleared paths to make the area more accessible for other classes.

Volunteers from the Alderney Wildlife Trust helped with some of the clearance in the initial stages and built steps down the garden. Aaron and Michaela also had some help from pupils in other year groups.

"I enjoy the practical conservation work and am proud of what we have done so far," Aaron, 15, said.

"We are thrilled to have won the award," added Michaela, 15.

The Insurance Corporation Conservation Awards have been running for nearly thirty years, recognising community projects as well as young people and schools that are moving to protect local wildlife.

The pupils were presented with a trophy and £250 towards further work on the project.

They are planning to use that money to remove an existing greenhouse and put tables in its place, so classes can work outdoors.