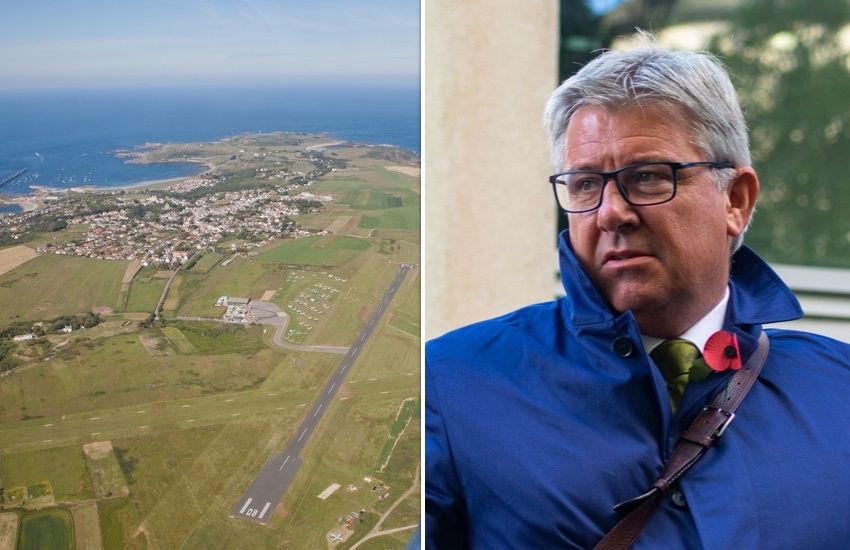 Guernsey’s treasury lead has said proposals to extend Alderney’s runway could cost £26 million, which includes £12m already allocated in 2019 to rehabilitate and widen the surface.

In a YouTube interview with Tony Le Blanc, an Alderney resident and local political commentator, Deputy Mark Helyar – a member of the Policy & Resources Committee, (pictured above) - rejected suggestions from local aviation pressure groups that an extended runway might cost over £50m.

“The policy letter is being drafted at the moment… the number that I’ve seen for the extended version is £26m but that includes the £12m that’s already been approved so the additional amount is significantly less than £50m,” he said.

He claimed that States of Guernsey estimates are usually correct: “I’m confident that’s an accurate figure”.

Deputy Helyar said his understanding is that the airport, with an extended runway, would be CAA compliant.

“We’ve got to do something to the runway. They very kindly let me have a wander up there the week before last and I was really surprised by how bad it is in the centre area, you don’t see that from the aircraft because that's underneath you, but it's in a real state and definitely needs doing,” he said.

The States Trading Supervisory Board is currently investigating a package of options to improve the island’s runway. It presented three distinct options earlier this year, and a policy letter is expected to be presented to the States before the end of 2022. 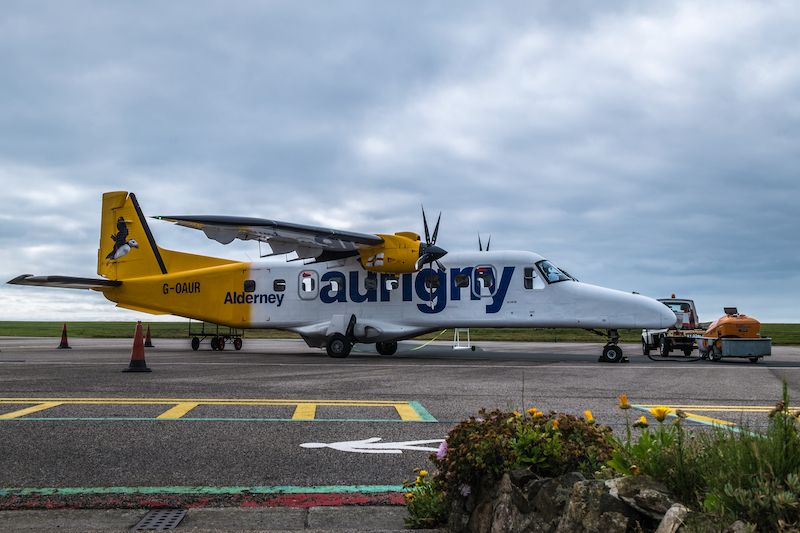 Pictured: Aurigny hopes to remove two Dornier aricraft from its fleet should the Alderney runway be extended to accommodate larger aircraft.

“The calculations they’ve made, which is really the reason why I think STSB is going for the C+ option - which is the extension - is it does save money for Aurigny in the long term… they are confident it will make that money. Potentially they will be able to move many more passengers,” he said.

“The primary argument around this policy letter when it gets to the States of Guernsey will be a value for money issue, not necessarily an Alderney economy or any of those lifeline arguments. So, it's very much an argument that Aurigny itself will save sufficient money by consolidating its fleet that this will pay for itself in a 10-year period."

Aurigny’s Chief Executive, Nico Bezuidenhout, previously told Express that using larger ATR aircraft on a longer Alderney runway could allow an additional 20,000 passengers to pass into the island per year.

But Deputy Helyar claimed there is opposition to the plans across both Guernsey and Alderney: “I have to say not everybody in Guernsey is convinced this is the right thing to do and I know there are quite a lot of people in Alderney that feel the same way.

“I think if we don’t extend the runway then we are stuck with small aircraft and a higher cost in the long-term, the Dornier’s are not going to be there forever so there would have to be a Plan B such as twin Otters with no Southampton route.”

But he said there is also little local support for the removal of the Alderney-Southampton air route.