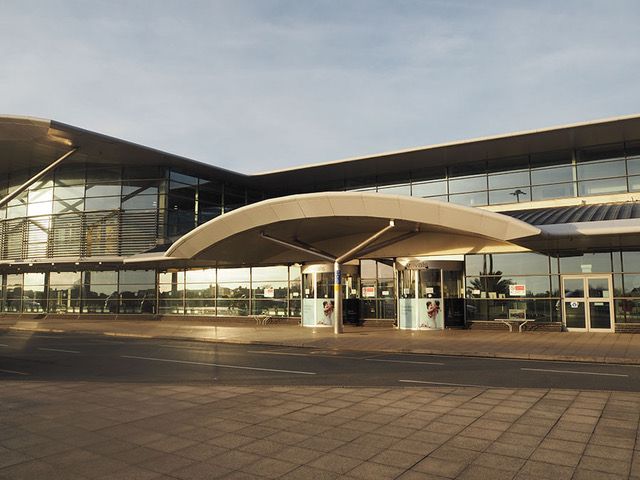 It's hoped more co-operation can be encouraged in the future to ensure flights can go ahead despite freezing rain and icy weather.

General Manager of Ports, Colin Le Ray has explained the current situation after flights were delayed earlier this week because de-icing equipment either wasn't available or couldn't be used.

Guernsey Airport doesn't own de-icing equipment itself, but the States of Guernsey owned airline Aurigny does. Blue Islands and Flybe do not have formal arrangements in place for de-icing their aircraft while in Guernsey but Aurigny, via its engineering arm, Anglo Normandy will provide de-icing on an "ad-hoc basis" where possible, providing that it does not compromise Aurigny's own services.

Mr Le Ray admits this will have led to "further delays and cancellations" on Monday when weather conditions turned frosty again. In a statement he said: "There is an intention to try to establish a de-icing co-operative at Guernsey Airport to regularise availability of this service but that will rely on all the airlines securing agreement between themselves over funding and service provision."

He added that "the airport will seek to encourage this, but it will ultimately need to be a commercial and operational decision between third-parties." 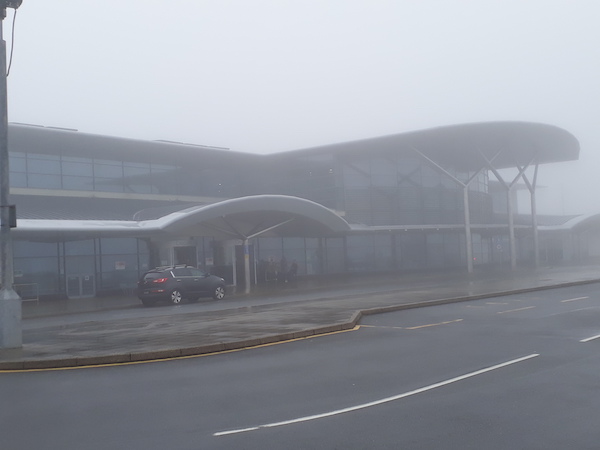 Mr Le Ray explained that although it did not snow as persistently as previously forecast on Monday the weather was still sufficiently unsettled and cold enough to impact on flights. He said the runway itself didn't need de-icing but Aurigny's services were caught out by "weather conditions being unsuitable for the de-icing chemical that is used by the airline."

Mr Le Ray went on to explain that Aurigny uses one of three types of de-icer typically used for aircraft in the UK:

"The typical weather patterns at Guernsey lend themselves to use of type 1 product and this has been used historically with great success; including extensively this winter. However it cannot be applied in freezing rain or snow, such as those conditions experienced on Monday.

"It is very rare that the weather is not sufficiently cold to freeze the runway - leading to closure and intense snow clearing activity - but cold enough to prevent type 1 de-icer being used. It is not believed to have occurred for at least five years. Until the precipitation ceased, de-icer could not be applied and aircraft were grounded, despite the runway being serviceable."

Mr Le Ray said he had wanted to clarify the situation because: "Contrary to some reports, Guernsey Water does not restrict the use of de-icer for aircraft,  due to the critical safety related nature of the use of these products."

He added that as de-icing aircraft is a specialist service, requiring trained aircraft engineers to  supervise the application and distribution of product, it is not a service the Airport itself provides as it would require the recruitment and training of aircraft engineers for services typically only required a few days per year.

On behalf of Guernsey Airport, Mr Le Ray apologised to passengers affected by the disruption to flights on Monday and those frustrated by inconsistent explanations about those delays:

"Although the airport remained open throughout the day, several flights were delayed or cancelled due a combination of factors. It is aware of reports of some inconsistent or inaccurate information being provided to passengers.

“The disruption is of immense regret and clearly created frustration for passengers affected. The airport is now engaging with the customer service representatives of each airline in an effort to ensure the communications in such incidents are better honed and more consistently delivered.”

Posted by Jacqueline Edwards on Mar 21st, 2018
Absolutely appalling and lack of service from Flybe and Blue Islands on Monday 19.3.18.
No ground staff at the airport and they use Aurigny staff as their handling agents ) who were very good in the circumstances) to continually use adverse weather as the reason for not flying rather than admit they had no facilities to de ice their aircraft. Aurigny after initial delays managed to both take off and land without the need to de ice their aircraft as the day progressed. The 7.15 am flight to Southampton eventually left at nearly 7pm al.most 12 hours late , yet Flybe managed to land and take off another aircraft whilst ours sat on the apron.
To the paying traveller the message is that they have no real interest in the Guernsey routes.
To place a comment please login Login »

Covid Update: What we know today