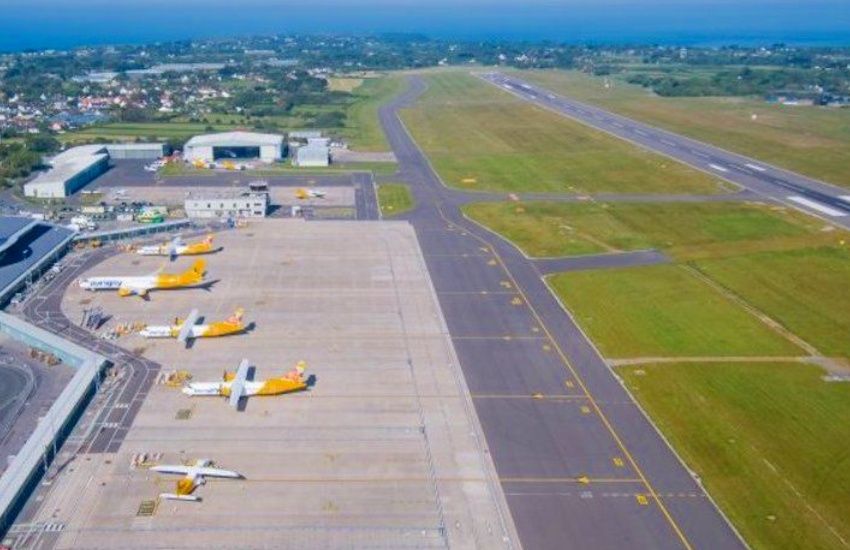 A firm of aviation specialists has concluded that extending Guernsey's runway is likely to damage the island's air links with key destinations and cost tens of millions of pounds a year in lost income.

They warn that business connectivity could be hit hardest with an extension resulting in less frequent flights and fewer routes. And they estimate that it could worsen the airport's losses by up to £2-3million a year as well as reducing Aurigny's revenue by up to £25m a year.

In the final conclusion of its report, York Aviation stated: "We recognise that having a longer runway could enable other mainline air services to operate with larger aircraft as well, but the scope for such services is limited by the small size of the Guernsey market, particularly without broader initiatives to improve economic performance.

"Overall, it seems highly unlikely that the scale of any mainline services would be sufficient to justify extending the runway, nor would they bring the anticipated air fare benefits."

Their full report has not been released, but their conclusions have been published today by the States' committee which commissioned the review - the States' Trading Supervisory Board - in reply to Rule 14 questions submitted by Deputy Yvonne Burford. 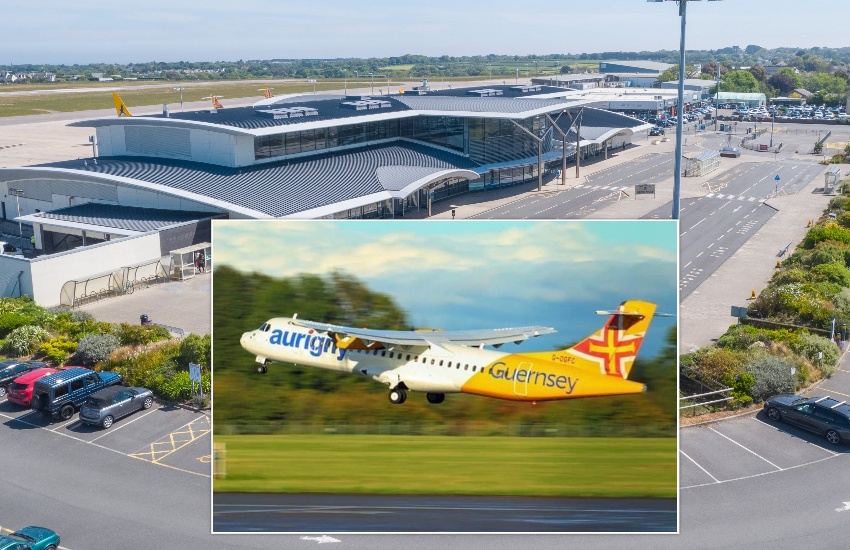 Pictured: York Aviation, a specialist consultancy firm, warned that States-owned Aurigny and Guernsey Airport would most likely suffer heavy financial losses if the runway was extended to attract more aircraft and lower-cost operators.

York Aviation advised that extending the runway could attract more airlines offering low fares on some routes but that these advantages would be outweighed by disadvantages.

"The evidence would suggest that much of the passenger traffic using low-cost services would be cannibalised from existing air services and also potentially from the ferries to the detriment of the ports more generally," they said.

"There would be benefits to users largely from lower air fares, balanced by loss of some routes and frequencies of services, increasing net journey times when waiting time is taken into account.

"It is important to note, however, that most of these benefits are expected to accrue to Guernsey residents and could lead to increases in expenditure off-island.

"In economic welfare terms, our analysis would suggest that only under more optimistic assumptions would the investment in a runway extension and the attraction of low-fare airlines deliver a positive return to the States and this is on the basis of a low assumed rate of return of 3.5%.

"On a more commercial basis, the returns would be negative, as is the case if the full cost of the terminal improvement works at the airport are ascribed to the need to accommodate larger aircraft.

"It seems highly unlikely that the benefits from incremental visitor numbers, having full regard to diversion from sea, would justify the true costs of accommodating low-fare airlines. We do not believe that the business benefits could be realised without other interventions to change the path of the Guernsey economy." 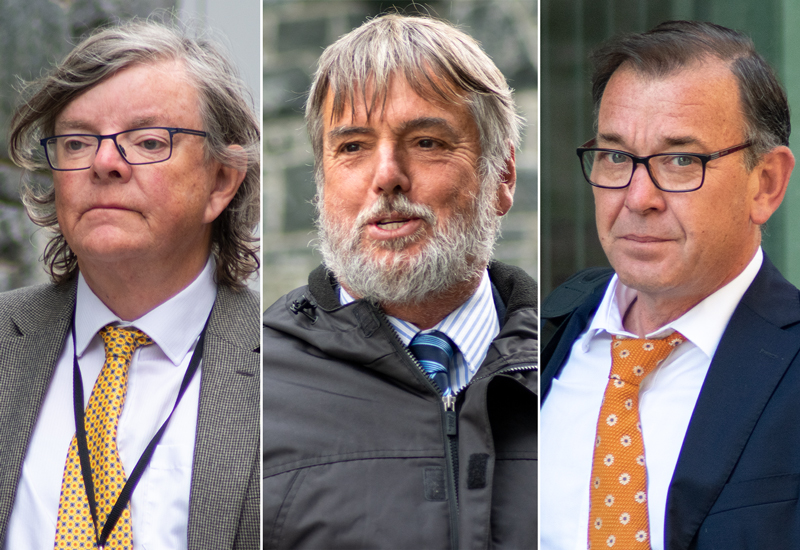 Pictured: The members of the States' Trading Supervisory Board received York Aviation's report in August and released the specialist firm's conclusions today when replying to Rule 14 questions.

"Based on the performance seen in Jersey and the Isle of Man and taking into account the level of discounting of charges or support required to attract these airlines as well as operating cost impacts, the effect could worsen airport losses by £2-3m a year, dependent on the extent to which there was underlying market growth in any event," they said.

"The losses could be ameliorated to some extent, but not eliminated, if the effect of redeveloping the terminal to accommodate larger aircraft passenger loads led to increased commercial income from additional space, but this would come with a requirement for increased capital expenditure.

"There would also be cost impacts on Aurigny...[t]he loss of revenue to Aurigny could reach £25m a year over time as the low-cost network develops.

"Assuming that it is considered strategically important to retain Aurigny to operate key routes and service frequencies, this would limit the scope to cut the airline’s operating costs, but for the purpose of our analysis we have assumed cost reductions equivalent to half of the revenue loss." 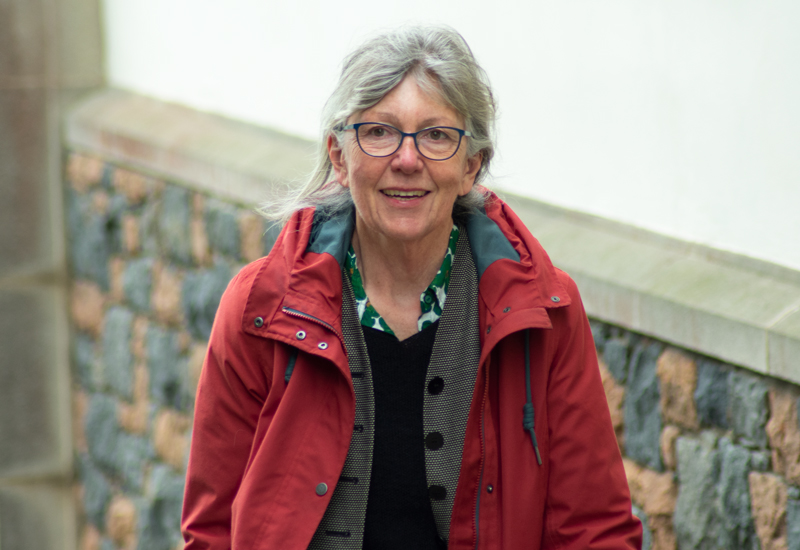 The States are currently awaiting a policy letter from their Committee for Economic Development on whether to extend Guernsey's runway.

In September, Deputy Inder told the States that his Committee still had further work to do before its policy letter and recommendations could be taken to the Assembly for debate in quarter one or quarter two of next year.

Express understands the Committee is divided on whether to recommend an extension. 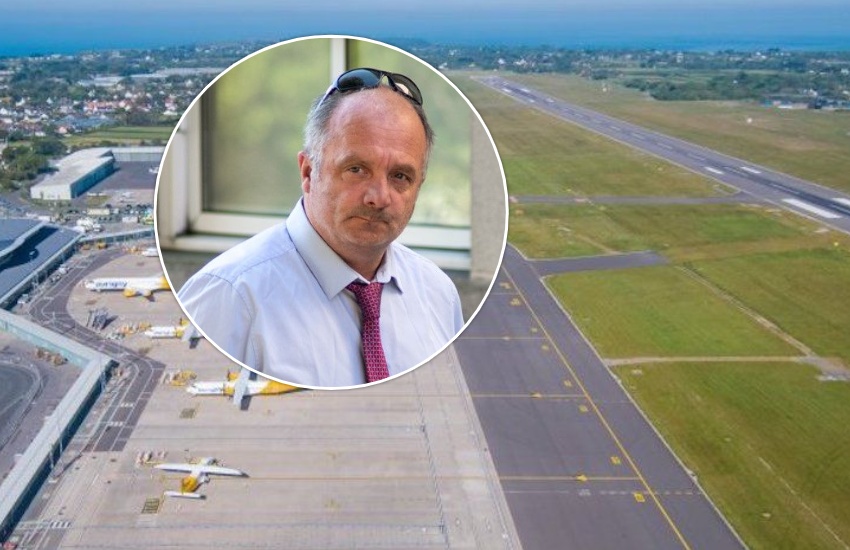 Pictured: Deputy Neil Inder's Committee for Economic Development has been provided with York Aviation's report as part of its work reviewing whether to propose a runway extension.

Meanwhile, ahead of next week's States' debate on whether to extend Alderney's runway, Deputy Burford has submitted a motion which proposes re-ordering decisions on runways.

She wants the future of Guernsey's runway resolved before a decision is made on Alderney's runway.