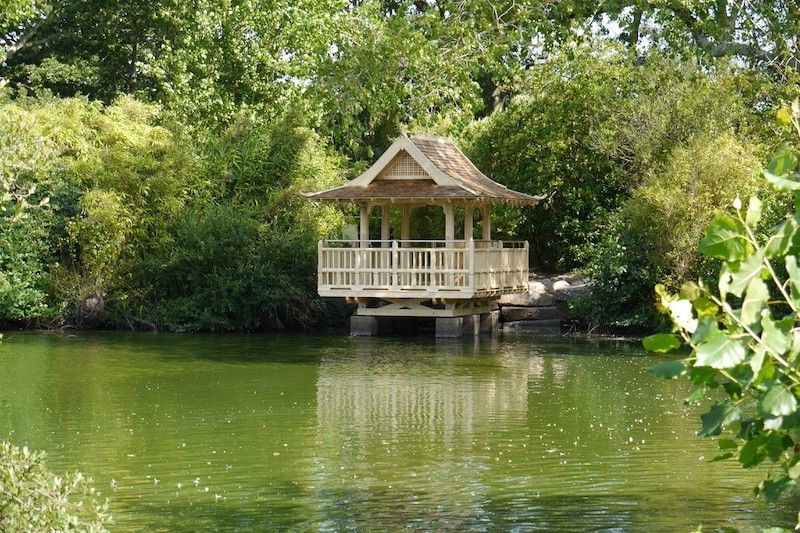 The iconic Japanese Pavilion at Saumarez Park has re-opened and is now accessible to all.

Yesterday saw the unveiling of the new Fishing Pavilion by the Bailiff and it is now open to the public once more.

Originally built in 1935, the building was damaged during the Occupation and underwent significant repair in 1989, however a survey in 2016 noted that extensive work was required, and it closed in 2019.

Will Le Lievre of Paul's Joinery - take a particular bow... Hundreds of hours of craftsmanship have gone into the stunning new Japanese Fishing Pavilion at Saumarez Park, officially opened this eve. ???? Amazing community effort all round, spearheaded by Rotary. ???????????? pic.twitter.com/SUBCPSQb2z

Accessibilty was a priority for the new structure and a bridge, handrails and evenly levelled groundworks have been incorporated to ensure all members of the community can enjoy it.

Project manager Nigel Dorey explained that they strived to keep the new Pavilion as closely aligned to the original to preserve its Japanese heritage, but it was “important to digress from its historical architecture in this small but meaningful way so that it can be enjoyed by all.”

Founder of Access for All, Karen Blanchford, commented: “We’re so pleased to see that the bridge has been added and made this popular community attraction more accessible.

“Ensuring as many members of the community as possible can access attractions, parks and all areas of island life is crucial to inclusion.” 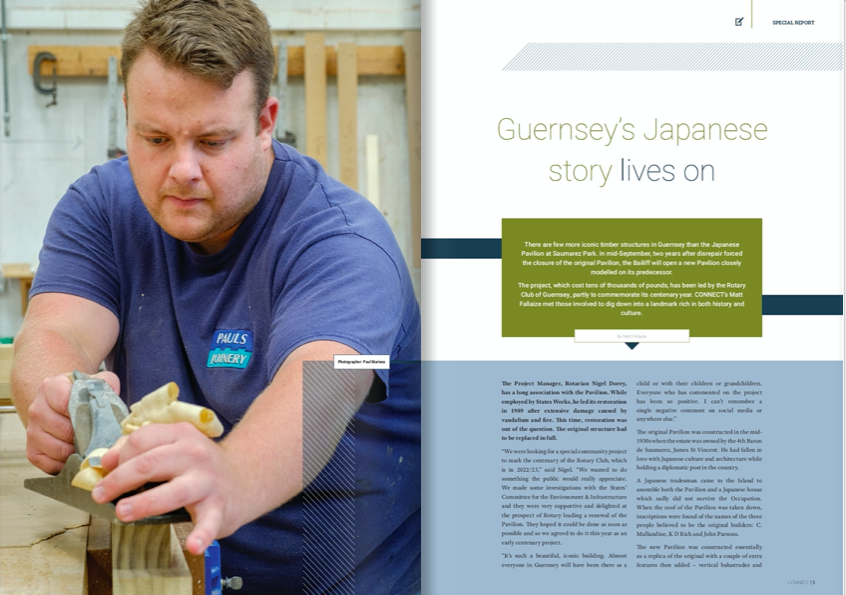 Pictured: Will Le Lievre from Paul's Joinery has spent around 500 hours constructing the new Pavilion. You can read more about his personal connection to the iconic 'Duck House', and its fascinating history, in Guernsey CONNECT for free HERE.